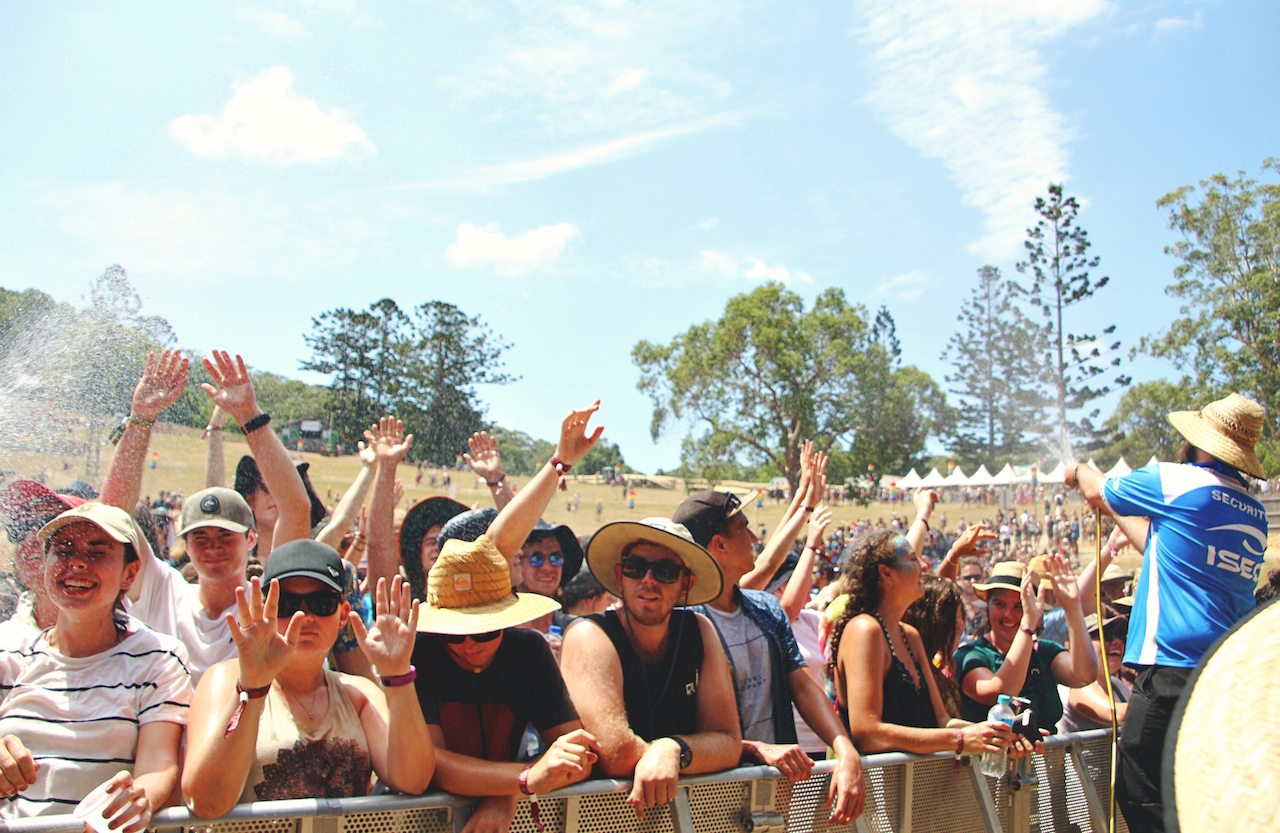 The morning of Falls’ final day was bittersweet as we longed for respite from the heat, at the same time falling in love with that elusive and fleeting festival atmosphere. We started the morning with the last few tracks of Shura’s set, their chilled sounds complementing the vibe in the tent as half of the crowd lounged on the grass in the shade.

Every kind of festival style was on show under the tent, from singlets and shorts to bikinis and maxi dresses, and everyone appreciated the shade. Touch was a set highlight, capturing a dreamlike sound with smooth synth and atmospheric vocals.

Struggling to find the motivation to leave the shade was a perfect excuse to stay and relax to the tune of RY-X. Subtle electronica drew more of the crowd to the stage, their dark synth work creating a sense of drama reminiscent of Lapsley.

They were perfectly still, each absorbed in their own piece of the track resulting in a performance which could only be described as aurally captivating, yet aesthetically dull. Still, their set full of intriguing, slow-building dance tracks kept the crowd intrigued. 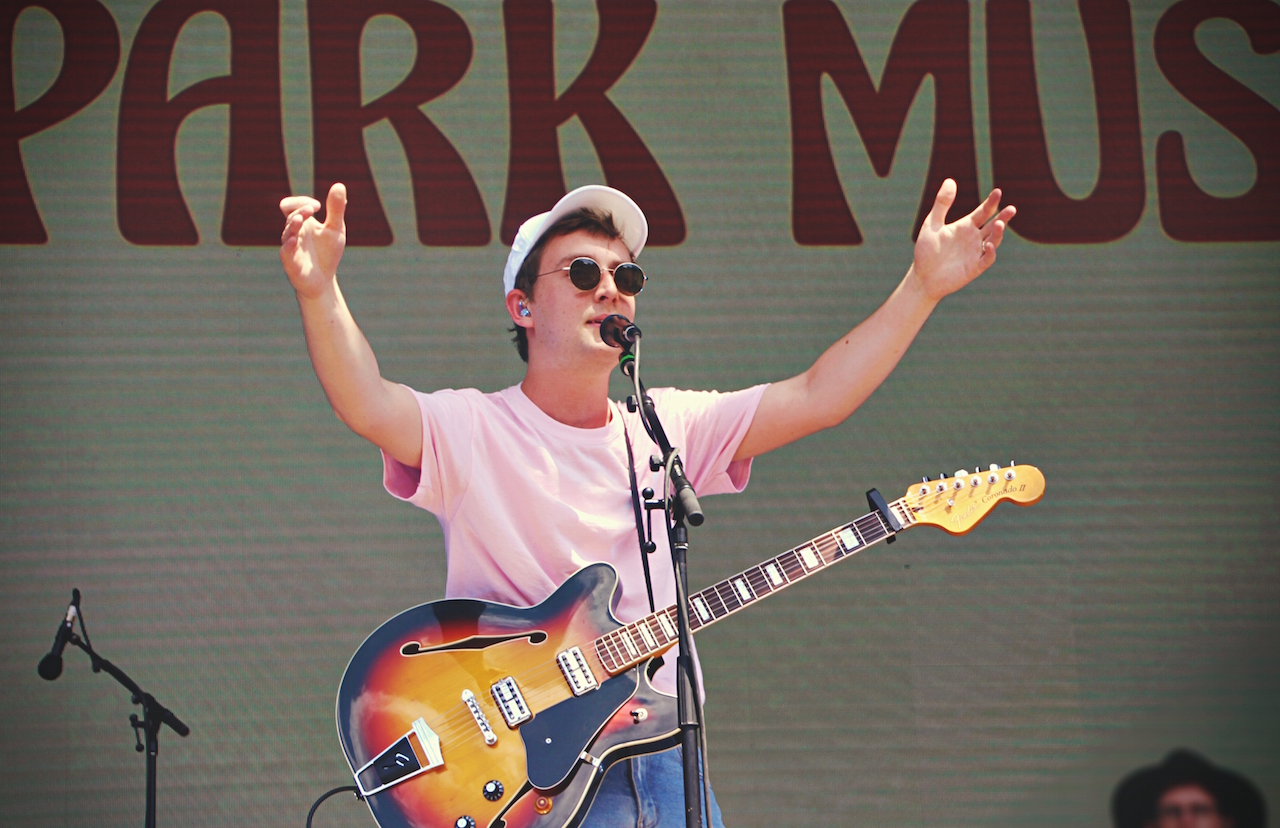 Despite the incredible heat bearing down at 3pm, Ball Park Music drew a sizeable crowd to the foot of the stage.
A single cloud hung in the sky, offering no relief for those dancing in the sun, and it wasn’t long before frontman Sam Cromack called for a shirts-off party.

Their irresistible harmonic blend had us swaying through Leef, Surrender, and Whipping Boy, before delving into the classic It’s Nice To Be Alive and spurring on the shoulder-riders in the mosh. Amidst the groups of punters taking photos and performing extended can-can routines (by extended, we mean a few hundred people at least) Coming Down made for one of the best chill-out songs of the set. Other awards for Ball Park Music included most tantalising breakdown in Pariah and most life-affirming *cough* lyrics in Nihilist Party Anthem. Really though, life’s pretty good at a Ball Park Music set.

Meanwhile as some were making use of the luke-warm, soup-like pools of Palm Springs to cool down, others found a tree to stand beneath in anticipation of Fat Freddy’s Drop. The band came prepared with their own emcee introduction, setting expectations high, and as the trumpets sounded the crowd flocked towards the stage. Smooth RnB vocals coupled with an infectious bass rhythm had us clapping along, and the trumpet was mesmerising, but the band split the crowd into two defined halves: those who were willing to brave the heat and those who weren’t.

Just when it seemed the heat might be over and the cloud cover could save the day, it began to rain, and rain hard! It could only be described as a torrential downpour, sending most eager front row-dwellers running for cover. As soon as they had emerged Catfish and the Bottlemen left the stage, leaving eager fans wondering whether they would see their favourite modern British rockers play. 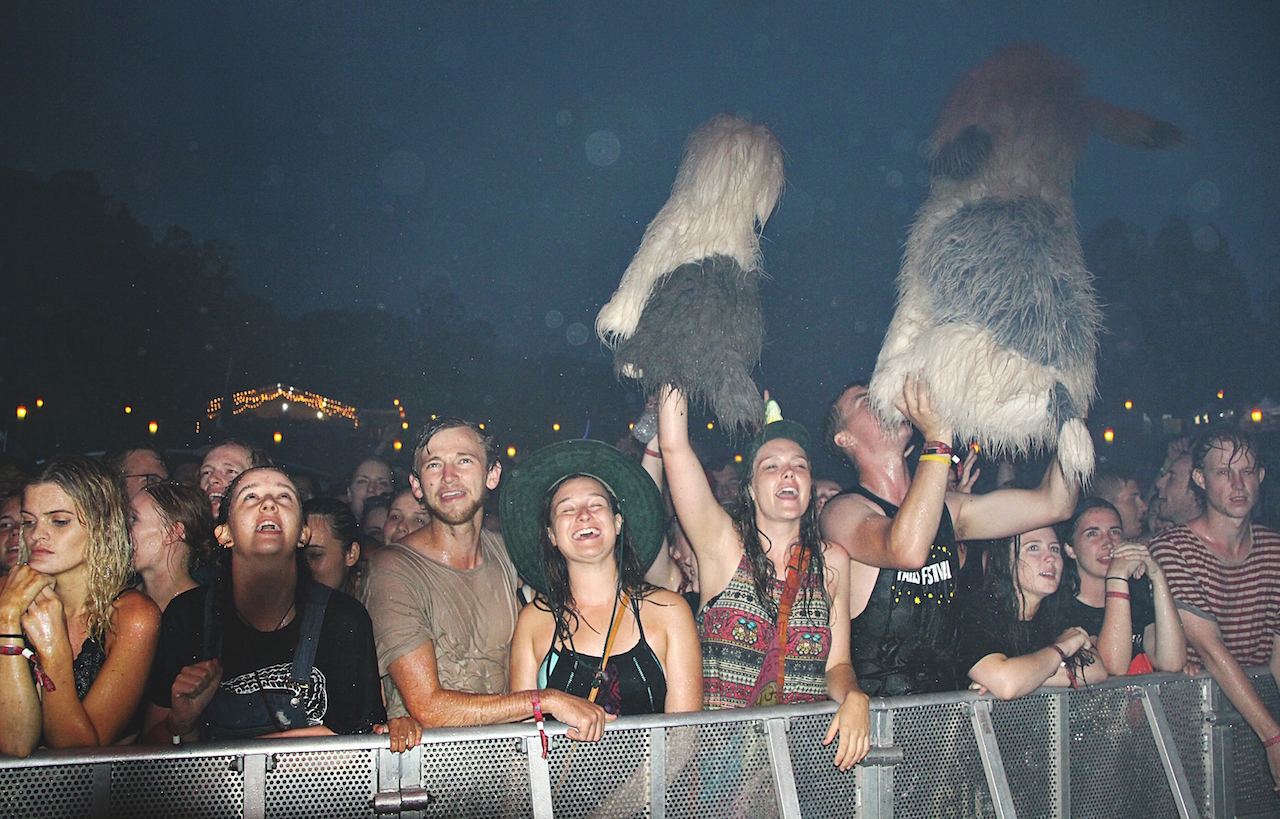 We were wet, tired, and momentarily devastated, but around 9pm the set finally began, the glorious opening strains of Twice ringing through the drenched crowd. Following up with Soundcheck, the four Brits had the crowd riding shoulders in no time, suddenly ignorant to the immensity of the weather. This was the Aussie festival spirit at its best.

We were loving life, so was the band, and despite the weather, Catfish came through with the show we had been waiting for. The crowd screamed out the words to 7 as they danced, covered only by thin layers of plastic. It was a glorious display of defiance, refusing to be beholden to the horrible weather, and things only got better with Cocoon.

With our photographer feared drowned, along with our tents and remaining clean clothes, we called it a night before London Grammar and Alison Wonderland’s shortened sets. Sorry AAA readers, hopefully both artists will be on the bill for #SITG17!