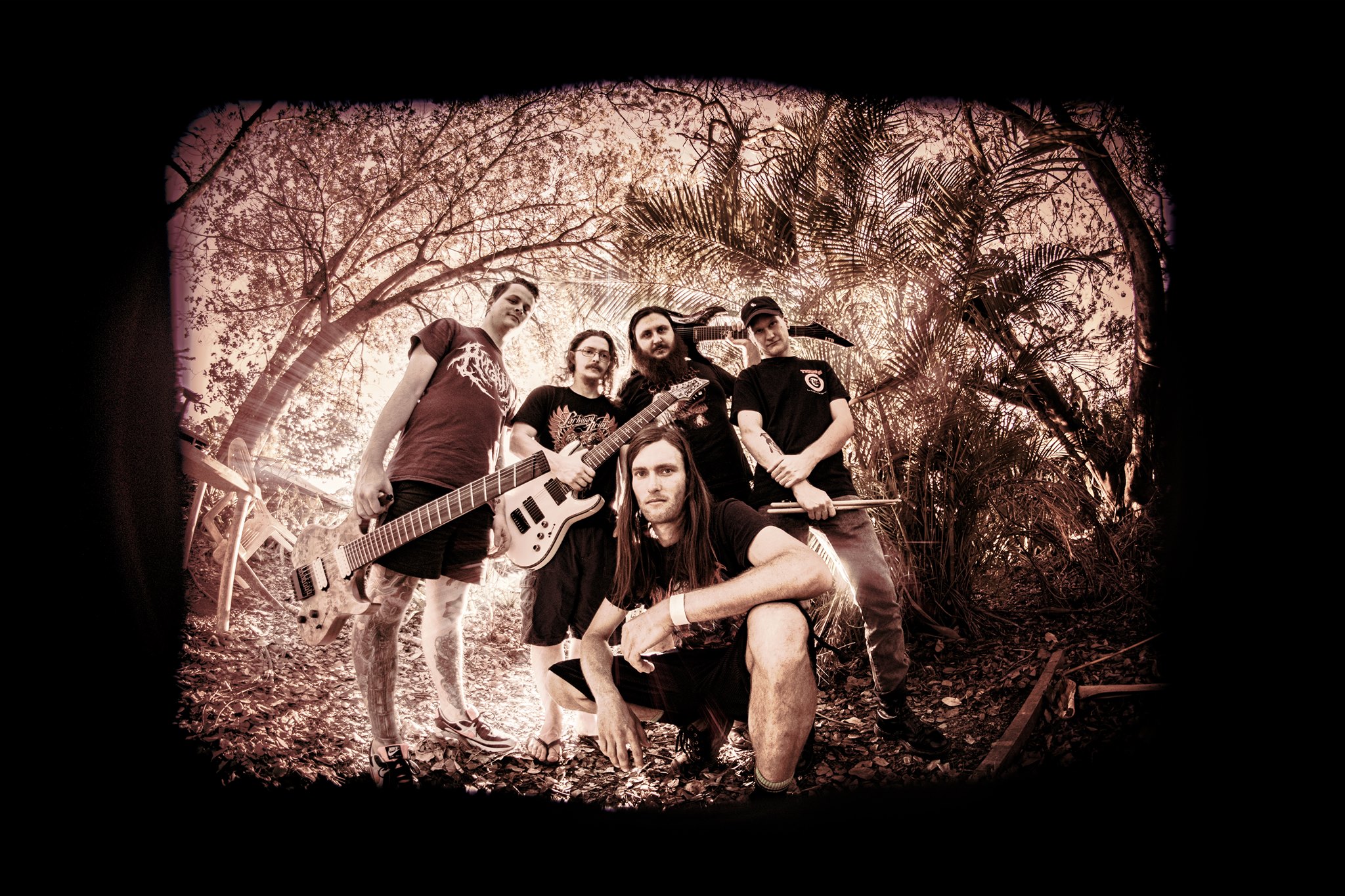 Brisbane deathcore quintet Product of Neglect have emerged with their ferocious debut single “Perpetual Night”, released Saturday 23 July. The track is heavy, hard and huge, and even has a badass Hellraisersample thrown in there for good measure. It’s an exciting taste of what’s to come from these lads and what better way to kick things off than a 3-minute slam banger.

We had a chat with the band about the song and what happens next.

Congratulations on the killer release! How does it feel to have your first offering out?

Thanks so much! It’s amazing to have it out finally, it feels like forever, probably has been like six months since we started on it? But man, it’s great to finally have it out there, it’s such a relief.

It’s such a cool title. What inspired the dark lyrics?

The lyrics are a mash up of two versions of lyrics we had for the song originally. Jayden (guitars) came to us with some lyrics based on the Manga Demon Slayer, which we absolutely loved. We also loved our own version of the lyrics that Brandon (vocals) wrote based on the movie Hellraiser. So the song eventually ended up having lines from both sets of lyrics, which was a challenge, but in the end we think it came out amazing. The full name of the song is actually “Perpetual Night, Lonely Moon”.

How did the song come together sonically?

It was one of the first songs that was written. Jayden wrote the majority, if not all, of the instrumental for this song with our drummer Chris. Once we got into a good groove and knew what we wanted with the song, we had the foundation of it done within a day! It was placed in our chat one day and we all fell in love with it, the grooves, the slams, it felt perfect. Once the lyrics were finalised, Pierce (guitars) sat down with Brandon, and we smashed them out on a crappy gaming microphone. The strings and different effects were added by Greg(guitars), Pierce and Brandon, and then the final mixing was completed by Harry, a good friend of ours.

The Hellraiser sample is a perfect addition to the track. Was it a throwback to 2000’s hardcore, or do you just love classic horror?

It’s a combination of both. We are huge horror fans, we have been since we were kids, and we feel that’s where some of our influence behind music came from and still does. Brandon still refers to him getting into the zone as his ‘Mike Myers Mindset’ (not to be confused with Austin Powers). As for 2000’s hardcore, remembering the days of early metalcore and deathcore, samples were the way to go for starting a song, or for just before the breakdown. It just fits the track so perfectly that we kinda had to leave it in, the song wouldn’t feel the same without it.

The awesome artwork is just as gripping as the song itself. Who came up with the design?

Brandon and Pierce have been messing around with using AI to generate art for a little bit, it all started with this site called Urzas.ai. We’re all huge nerds and it’s a site to make our own custom Magic: The Gathering cards based on a phrase. We started out just being children and making silly cards with childish names, but eventually we came across some amazing art that stuck with us, and the cover for the song is one of those amazing pieces of art that was generated. I’d love to thank WOMBO for generating the art, their site is amazing fun and everyone should give it a go!

What comes next for PoN?

Music and merch! We love writing music, no matter what genre we write in – fantasy, horror, real life issues. As long as it sounds good, we will more than likely release it. So keep an eye out for that love ballad that we will probably write in the future haha. But in all honestly, we are just passionate about what we do and we want to continue writing awesome music and just having fun with it, that’s the main thing we strive for.

We plan to bring out maybe one or two more demos like “Perpetual Night” ourselves, and then fully immerse ourselves into writing an EP and getting some studio time for a release. Who knows, maybe even some shows are on the horizon!