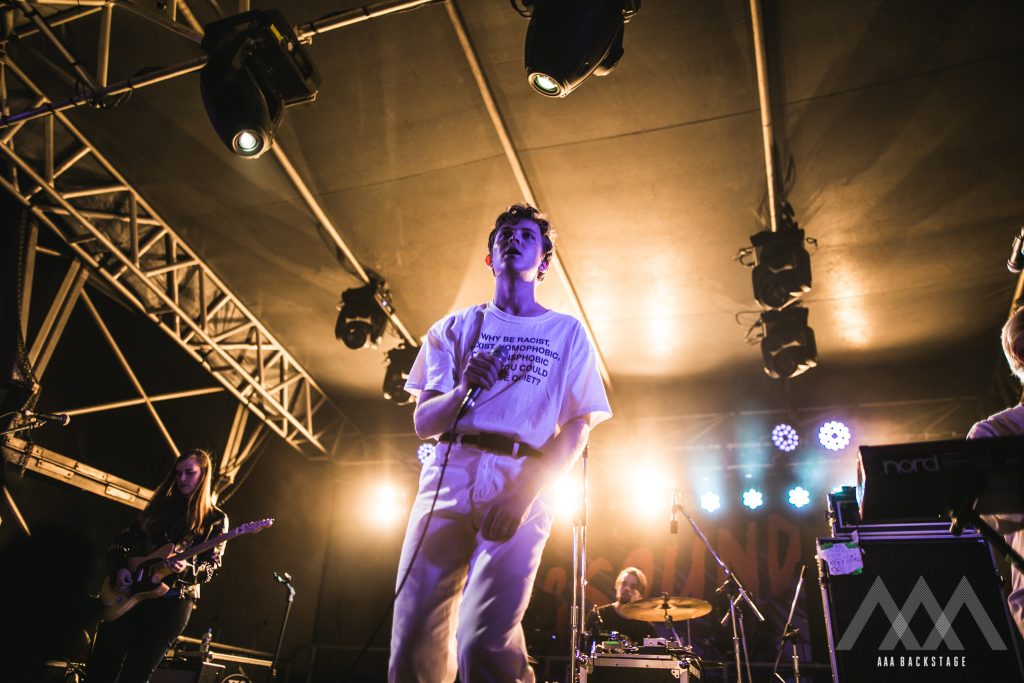 Brisbane four piece, Cub Sport, has gone through a heck of a lot of change in the last couple years, evolving from the sunny pop of their EPs to the chilly electronica of their debut. Tack on band members Tim Nelson and Sam Netterfield recently coming out as the cutest couple in Australian music ever and it spells a huge evolution for the band. The changes come through in the most striking way possible in sophomore offering Bats.

Named after the titular animals that swamp South Brisbane, ‘BATS’ is as brooding as you’d expect. First single O Lord sets the scene nicely, putting to good use the flawless gospel harmonies the band honed with their exceptional cover of Kayne West’s Ultralight Beam.

There’s something definitively Savage Garden about the verses with low fi beats and Nelson’s choirboy vocals. It’s a strong start and an exciting new direction for a band that grew so much with their debut.

Album opener Chasin’ leans heavily on the electronic flair the band nailed in their previous album. Channeling the progression of Netterfield’s and Nelsons journey from friends to partners gives a soft tinge to a song that is wrought with melancholy. It’s impossible to not feel the stretch of longing as Nelson reaches up into strangled heights of the verses.

Mid album track Give It To Me answers the question, “What if Billie Holiday was a young, white man?” A simple finger plucked ukulele and sweet whistle frame Nelson’s push pull of fragility and force. Some absolutely stunning falsetto caps off this simple song, it’s bare bones hiding it’s extreme emotional impact, making it an album standout.

Hawaiian Party falls deep into a groove and allows the listener to sway as the chimes and harmonies swirl around them. Digging deep into the emotional effects of FOMO there’s also a feeling of something missing in Hawaiian Party. From the casual pan pipes to Nelson’s repeating of, “1..2..1..2,” it gives off the air of a song stuck in demo.

A number of the tracks on ‘BATS’—Bats, Solo III, Crushˆ—fall into a homogenous loop of slow beat drops and Frank Ocean-esq R’n’B. That’s not to say they’re bad songs, the just feel like the same cut of a really long song. The track that rises to the top of this bunch is Let You Be thanks to Nelson’s masterful lyrics that ache with unrequited love.

Cub Sport should hold their head high that they commit so hard to improving themselves and evolving with every release. While ‘BATS’ might not be a home run, it places the band at a very solid third base.