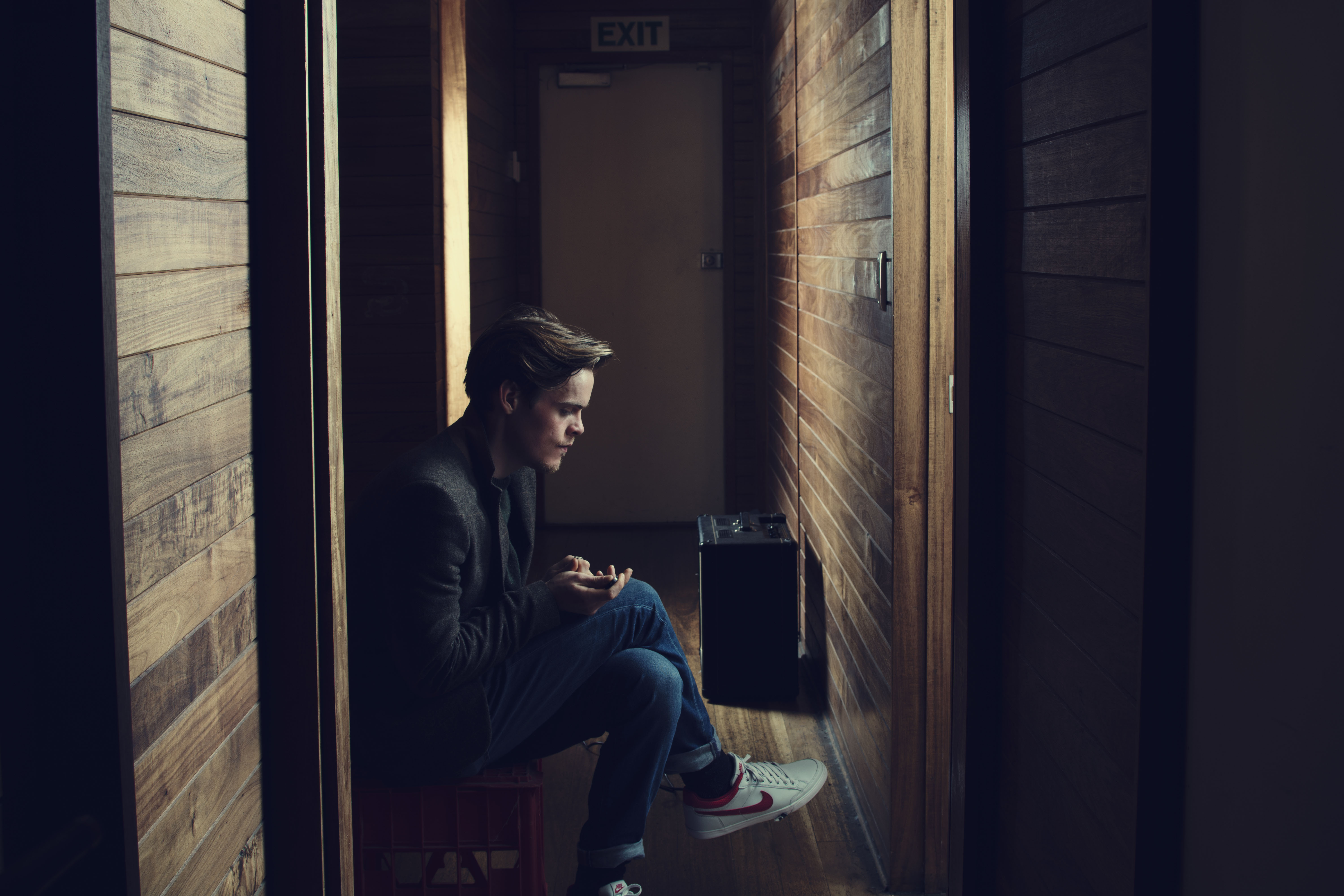 Over the last couple years Thomas Calder has blossomed into a stalwart of the Brisbane songwriting community. Whether it’s at the helm of his band The Trouble with Templeton or through his solo project, delightfully christened Daggy Man, Calder has consistently produced music as delicate as it is powerful. Now with his debut solo album, ‘A Lazy Kind of Pain’, Calder presents a collection of his rawest, most unapologetically emotional songs to date.

Calder ushers us into his world with the softly spoken, Little Whip, one of the four singles released from the album so far. Little Whip sets up the tone for the whole album with generous acoustic guitar and Calder’s many layered vocals filling the soundscape with swirling, soft sunlight that threatens to disappear at any moment.

Following on, What You Desire cuts through the dappled sunlight previously offered with sharp lyrics plucked straight from the depth of worthlessness. It’s the first track of many on the album that holds up a mirror to our constant fight to be more, as friends, as professionals, as humans and the failure that this desire ultimately leads too. This is where Calder as a songsmith really steps out as he produces lyrics that are so incredibly personal and somehow widely universal at the same time.

Nothing In This World is Going to Satisfy You takes the wound even deeper as the name would suggest. The most vitriolic of the album’s 12 tracks, it toes the line between sarcastic and introspective with stabbing guitar runs and similes abundant. It also births one the greatest lines of the entire album as Calder croons, “Ohhh, we could be the crumbs in a packet of chips.” Like I said–incredibly personal but universally relatable.

Darling, Come Home cleanses the palette before we dive into the meat of the album with soft chords and buzzing vocals evoking the picture of a mind overflowing with thoughts. After title track, A Lazy Kind of Pain lures you into a semi-false sense of security with an almost jovial chord melody, the lamenting vocals hint towards the gut punch that is end of the album.

Terrified lives up to its name, first painting the all too recognisable picture of another night reluctantly spent at home and alone. Lonely and sparse piano chords punctuate the acidic lyrics as Calder uses the space between the notes. He goes as far as making the silence another character in his story as if he’s desperately searching for the right words to articulate what he’s feeling. Terrified follows in a long line of songs (e.g. Death Cab For Cutie’s I Will Follow You Into The Dark and Bright Eyes’ Lua) that use empty space to create almost overwhelming emotion.

Closing track, 21st Century Child is an ode for every 20 something that is still trying to get a grip on what they’re supposed to do with life. Disillusioned with mediocrity, constantly comparing yourself to others and how all this feeds back to self indulgent wallowing are encapsulated in this hazy tune. Calder’s absolute power with words once again rears its head as he utters the line, “Lately, I’ve been thinking about how much I really need my sadness.” It’s a raw, unflinching look at neurosis and it ensures that the album will stick in your head for quite some time.

There’s something so familiar about ‘A Lazy Kind of Pain’, like an old dressing gown or a favourite pair of slippers, it’s provides an invisible comfort. Stripped back to an acoustic guitar, subtle keys and that oh-so-emotive voice Calder invites us inside his head and pushes us to the realisation that, in the end, we’re all feeling the same god damn things. A concept that he understands is both comforting and frightening.