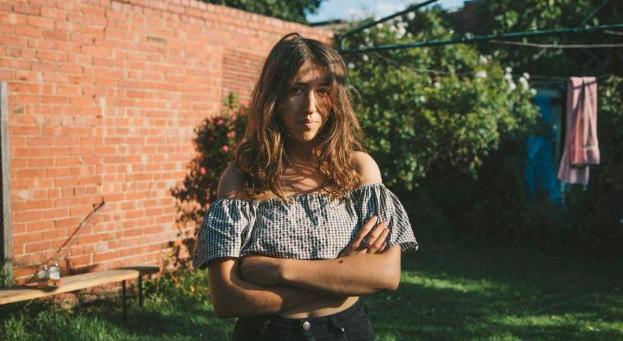 Gabriella Cohen has a knack of making everything she does sound effortless. It centres mainly around her vocal style which almost sounds as though her mind’s on something completely different while she’s singing. It’s somewhere between the slacker 90s scene and Bob Dylan’s storytelling delivery but it’s undoubtedly Gabriella’s own and it’s her calling card. Fortunately, it’s also perfect for this kind of music.

“The entire album feels like an in-joke that everyone’s sharing and enjoying together.”

Taking some time out as 50% of Brisbane-based The Furrs, Gabriella has been crafting her own solo persona for a while now, building up these songs that now comprise her debut album ‘Full Closure and No Details’. The result is something wonderfully eclectic, impatient and unwilling to be pigeon-holed. Just take that unexpected church organ that suddenly introduces the coda to Sever The Walls only to be overlaid with a Weezer-esque solo, as Gabriella’s reverb dripped voice sings in the background. It only lasts about a minute, but you can’t help but smile every time it kicks in.

If there’s one unifying theme to the album, it’s that feeling as though this was designed to be listened to on a hot summers day, whiling the hours away as you ignore the stresses of your life. Opener ‘Beaches’ is held together rhythmically by no more than a tambourine as the reverb drenched layers of vocals build a gentle melody that arrives as subtly as it leaves. It’s no call-to-arms, it doesn’t care what you do with your arms.

‘I Don’t Feel so Alive’ is centered on a simple guitar riff that feels disposable in its initial form, but as the song starts to build around it, with Gabriella’s beautiful drawl holding the melody, her true alchemists knack becomes apparent. When making music this stripped back, it’s the intricacies that transcend the music to the next level, and reward repeated listens. That single piano note in the second verse underlying the repeated vocal closer “no” is so simple, so understated, and yet, so satisfying. The entire album feels like an in-joke that everyone’s sharing and enjoying together.

There are a couple of moments that sit a little incongruously to the rest even amongst this tour de force. ‘Piano Song’ is a macabre piano based number whose brooding sound feels like it could have been plucked from any point of the last hundred years, its timeless minor key journey hauntingly attractive. The auto-tune of ‘Feelin’ Fine’ is a nice touch to distinguish one of the album’s highlights, almost unnecessary in its presence, yet strangely appropriate. Yet another example of Gabriella’s instinct for taking the road less travelled.

“As far as debuts go, there’s more confidence here than some artists dare over their entire careers and it pays off for Gabriella.”

The only negative I could level with this album is the rambling nature of the instrumental ‘Dream Song’ whose central idea does bode well for repeat listenings. Thematically it fits into the album as a whole, but clocking in at over five minutes with minor variations, it’s definitely the candidate for skipping to the next, breaking the pace a little too much. It almost distracts from the album’s highlight, the slacker anthem ‘This Could Be Love’ which brings to mind some of the highlights of Pavement’s slacker ethos, replacing Malkmus’s story-telling lyrical style with Cohen’s. As the song grows over its duration, its chorus grows bigger and bigger, taking in a string section, multiple vocal harmonies and manages to make a grandiose song just sound right, which is no mean feat.

‘Alien Anthem’ feels almost like the end credits theme after its majesty, yet is just as important in its awkward position at the end of the album. Gabriella is striving for identity and originality here in subtle manners that don’t shock for the sake of it. Without it, such a laid back style could steer towards the forgettable, but this album is anything but that. As far as debuts go, there’s more confidence here than some artists dare over their entire careers and it pays off for Gabriella. In an era where surprises are fewer and further between than ever, there is no higher praise than that. 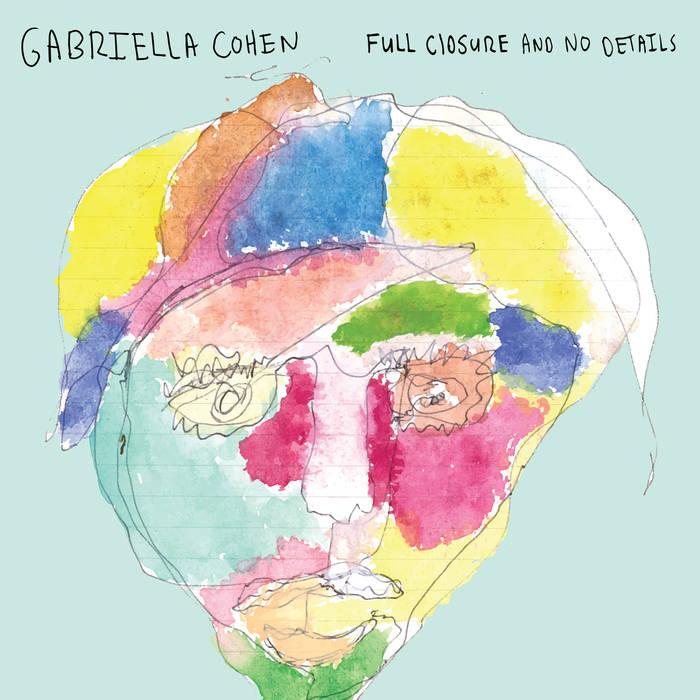