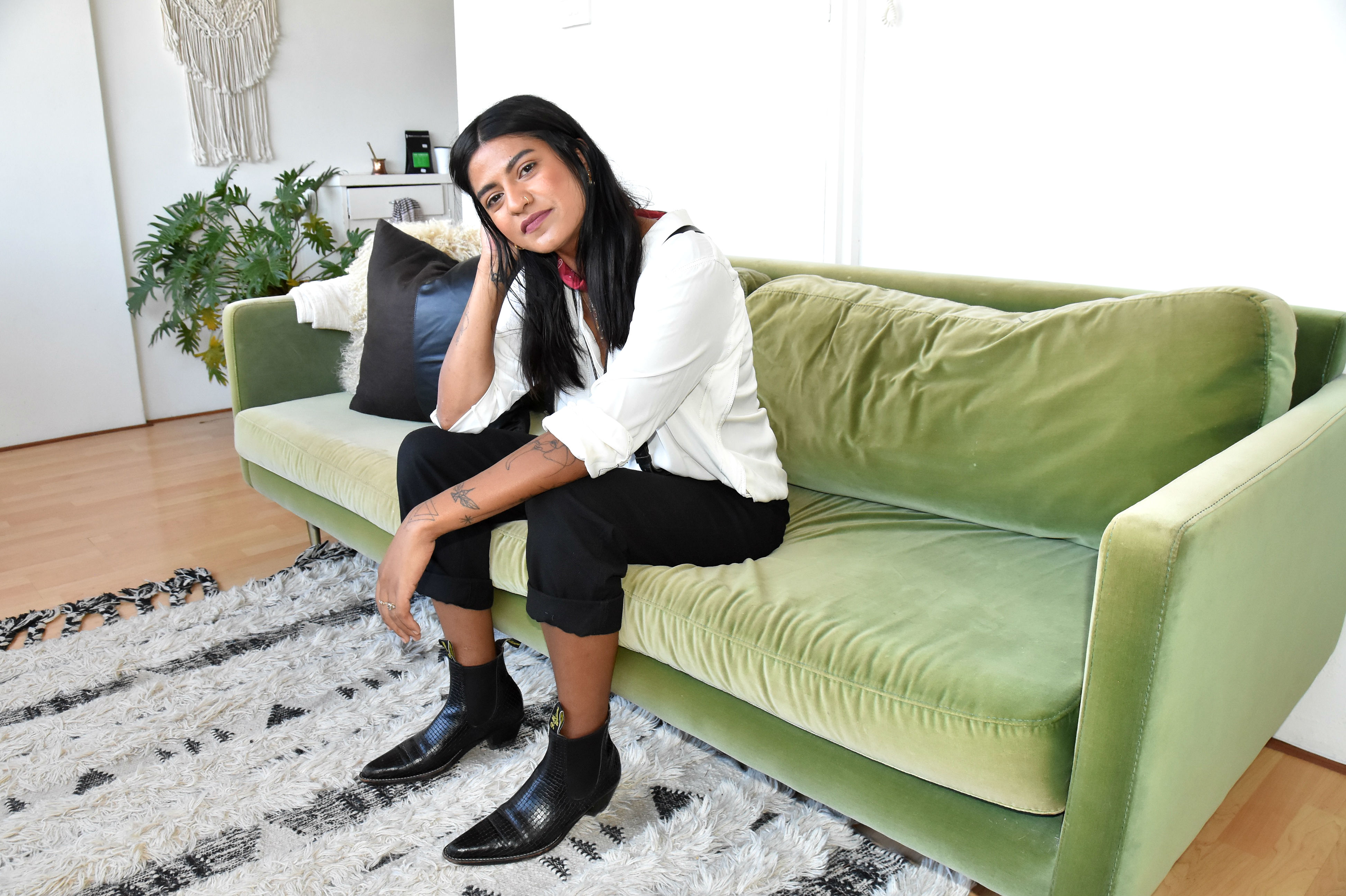 Although she only released her debut single mid-way 2018, Charlie Collins has proved over the past eight months that she is an absolute force to be reckoned with. The three singles she has shared—Wish You Were Here, Mexico and Beautifully Blind—are all equally stunning and emotive, and are great indications of what we can expect from Charlie’s debut album, ‘Snowpine’.

Before her debut headline tour kicks off this week, Charlie invited me into her apartment to have a chat about everything that’s happened over the past few months and what we can expect for the rest of the year.

It’s been really good. It’s been quite busy already, as was the end of last year, but it’s been so much fun.

Yeah I saw you play down at Fairgrounds Festival for the first time at the end of last year and it was amazing!

That was such a cool festival. I love how family orientated it was. It was super cool to be a part of.

It was my first time down there and it was so lovely! And you just finished up the Laneway tour. How was that?

It was so much fun. I went last year and just loved it, so to be actually playing it this year I was so stoked. To be able to play alongside so many of our friends and amazing musicians was so cool. It was very special.

I can imagine it would have been pretty amazing to be part of. You’ve been playing a bunch of supports, too. How have they been?

Yeah, I did the whole Gang of Youths tour, which was 22 shows. It seems like a ridiculous amount of shows to play but it was so much fun being on the road with them. I love those boys to death; I’ve known them since they were teenagers so it was just like a big family holiday. I also supported Death Cab For Cutie the other night, which was super fun! So I’ve been keeping myself busy with shows, and also finishing up the record, and I’ve started working on the second one, too.

Oh wow, that was a quick turnaround!

I’ve actually almost finished it. I don’t muck around. 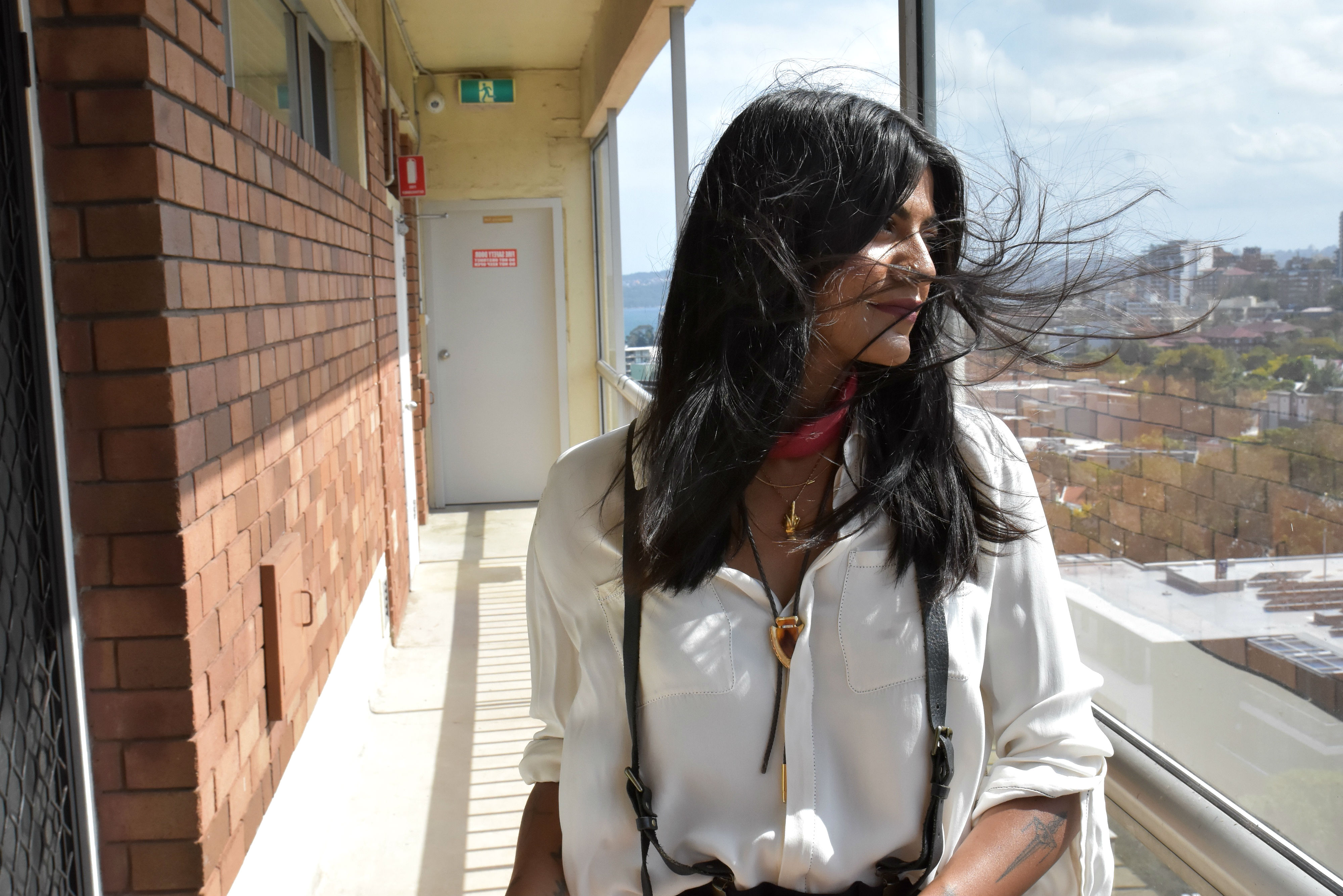 That’s so exciting! How did everything go with making the first record?

It kind of happened pretty organically and naturally. I didn’t even mean to write a record. I picked up my guitar for the first time in a while, just started writing and all these songs just came out. I don’t like to overthink things too much, but all of these songs just seemed to happen at once. So at the end of the week I had about eight songs, after that I wrote a few more with some friends then we went down to the mountains, made the record in five days and that was it. It all happened so naturally, and that’s exactly how I wanted my album to be made; very low key. We recorded it live, so I play bass on the album, Chris [Charlie’s husband] played guitar and George plays the drums, along with mixing and mastering it. So it was all very tight, it was nice just having us work on it.

Even with the songs, the guys hadn’t heard them before, so when we got to the house I play them what I had, we’d talk about it a little bit and we’d go straight into recoding. There were no pre-conceived ideas and it was very much just play what you feel and we’ll see what happens.

I read that the record is about your journey from when you were a kid up until now. Did that just come from memories or did you have little bits and pieces written down from over the years?

It was just memories. I started doing music since I was 12, so it was really about my journey from then and what I’ve been through physically and mentally, and there’s songs about my sister who went through a terrible divorce and how that impacted her life. So it felt very personal and literal.

I think that’s great that’s it so personal, it’s just very honest storytelling and it’s beautiful to listen to.

Yeah, the storytelling aspect is something that’s very important to me. I grew up listening to Johnny Cash, and even as a kid the way he wrote songs really grabbed me. It was storytelling, and it was so beautiful and sad, simple yet complicated, and at the end of the day it was just so honest and raw and that aspect has always been so important to me.

It just makes listening to music so much more interesting and personal when you can connect with lyrics like that.

Yeah 100%. I remember when I first started singing with my Dad. Whenever I would learn a song he would always ask me what I thought the lyrics meant, and that really stuck with me. Because I always need to feel and relate to what I’m singing, even if it’s a cover.

It’s so cool that your family is so involved in music as well.

Yeah, my Mum taught me guitar, my Dad was a huge music lover, my brother manages bands now and my sister used to be in a band with me, but we’re all very tight knit and involved with each other. It’s super nice! 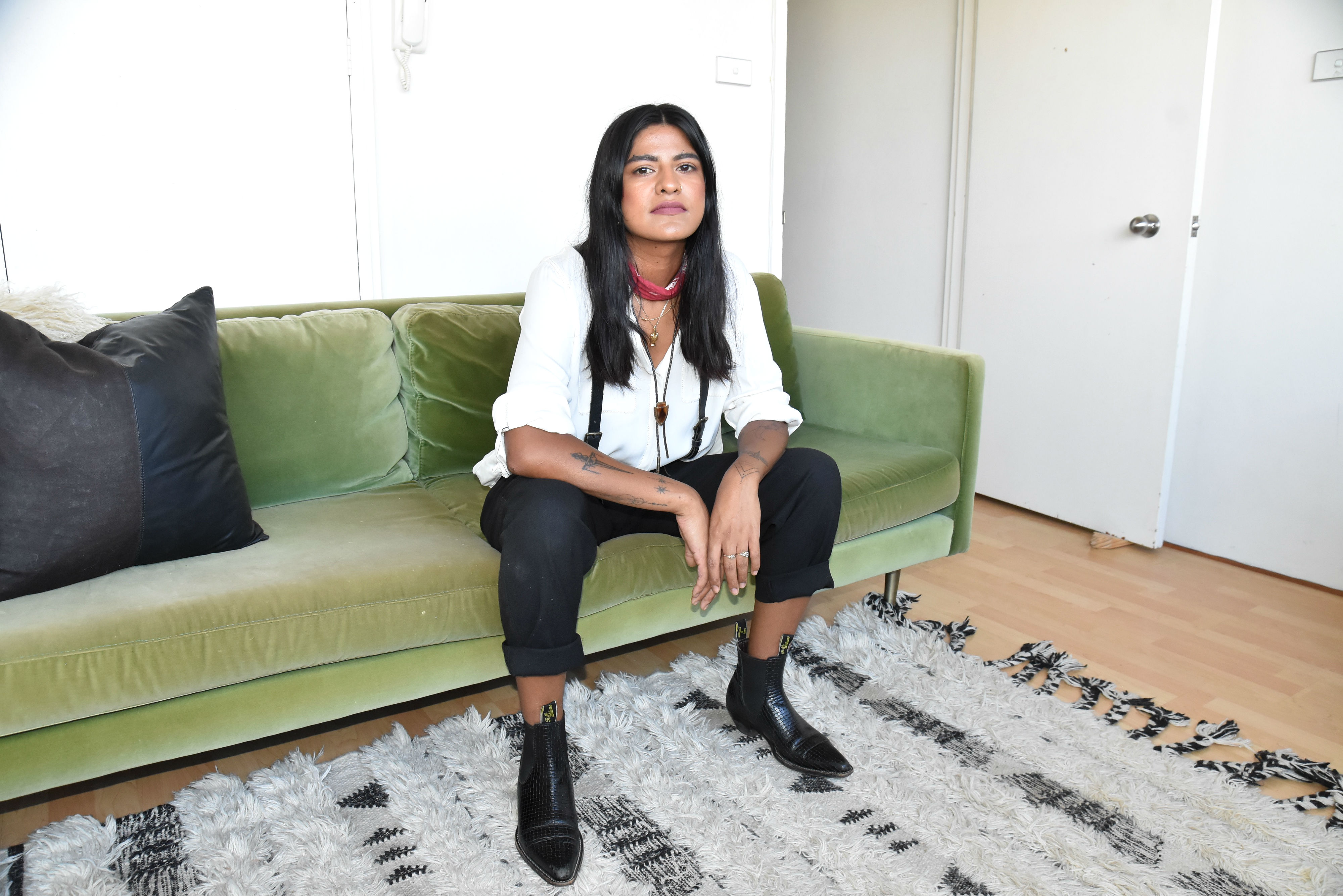 How are you feeling about the album coming out?

I’m nervous and excited. It’s my first album that I’ve ever put out, so I’m just really excited to share it. For me, all I want to do is to continue sharing music. This album was about what I was going through and feeling at that particular time, so I’m excited to be able to listen to the record again once it comes out and as people are discovering the songs and want to talk about it, I’ll be able to experience those emotions again.

Where did the name ‘Snowpine’ come from?

It’s actually really simple, we recorded the album in a little place called Snowpine lodge, so it just kind of made sense. It means something to us; it was a beautiful little house in Jindabyne, and it was such a momentous time there that we’ll never forget.

Yeah that’s such a sweet thing to name the album after, I’m so excited to hear it! So you said you’ve pretty much finished writing for the second album?

Yeah, pretty much! If I’m feeling anything at all I just have to write it down and I’ve been feeling a lot lately and going through a lot of things, so that just means I’m writing a heap.

That’s so amazing. I’m not a musician so I just can’t comprehend how you can create so many songs in such a short period of time. It is pretty incredible!

I guess it is pretty interesting when you actually think about it like that, but with me I never overthink when I write, and a lot comes out at once. I’ll hum a little melody and then the words will just kind of fallout from there, so it always seems to happen very quickly.

Do you think that this record will have a bit of a different feel to it lyrically and emotion wise?

Yeah, actually I was just having this conversation with my brother yesterday. I think as people and artists we are constantly evolving; for me the first album was about finding myself, and with the next album I’ve really evolved as a writer and person, and I really think I’ve solidified who I want to be. 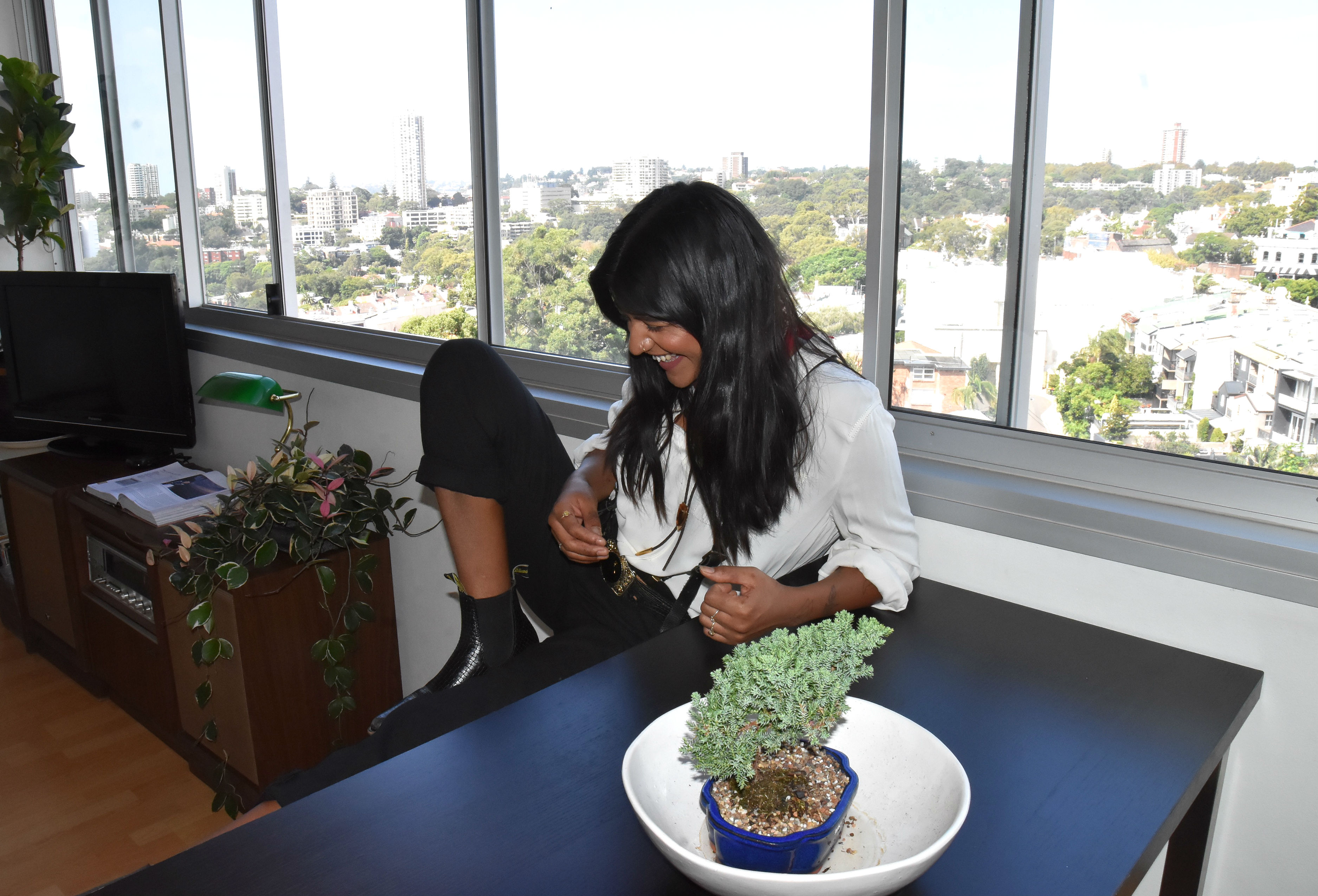 That’s so cool! And you’ve got a tour coming up too!

Yeah, next week it starts! I’m so nervous. I don’t know why; I think it’s because it’s the first time I’ve been out on my own. You’d think that after touring with other bands for so long you’d be used to it, but I’m fucking terrified. But I’m excited to tell my stories to people and to share what I’ve created. I’ll be playing a bunch from the new album, but I might sneak in few new ones too… I’m that kind of person. My brother was telling me to save them but I was like fuck that I want to share them.

Yeah get them out there! What else have you got on for the rest of the year?

I’ve got this tour for the next couple weeks, then I’ll be working more on the release of the album in May, so I’ll probably do another album tour after that. Then I’ll just get back in the studio and start recoding album number two. I would love to go to Nashville, so that’s a possibility for this year. Ever since I was a kid I’ve wanted to go there; I lived in LA for a long time and I’ve been around the States but some reason haven’t made it to Nashville yet. So I’m hoping to make that happen this year!