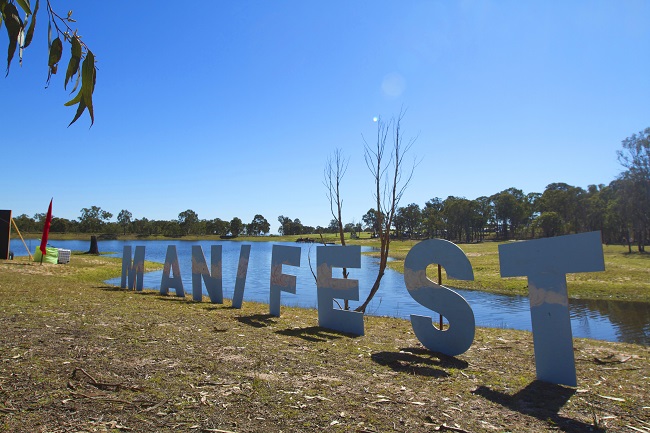 The sun was hot, the breeze was cool, and the doofers were out in force for Manifest 2016. One of my favourite games to play in the car on the way to a festival is picking which other vehicles are heading to the same party. As we drew closer to the stupendously beautiful Elbow Valley, we were spotting vans painted with Escher prints, 60s kombis made entirely of rust, and dreadlocked heads yodelling out of car windows.

Once camp was set up, our festival finery donned, and the first beers cracked, it was time to head down into the grounds. Before the stages opened, the festival grounds were already enough to dazzle the senses. String art tunnels, paintings, fountains bubbling fluorescent liquids, and the stages themselves were a trippy treat for the eyes. Of course they really came into their own once the sun set, with swirling interactive kaleidoscopes, eerie faces projected onto the treetops, fire-twirling, and gigantic glowing mushrooms.

The festivities officially kicked off on the Friday afternoon with Indigenous hip-hop group Indigenoise. They began with a traditional fire ceremony and dancing. This took a sharp turn when they threw baggy t-shirts over their painted bodies and leaped into some hip-hop that immediately had the crowds up and stomping.

And the fun only grew once the sun went down. The bass got fatter, the crowd got weirder, and the festival really kicked off. Throngs of people crowded in front of The Blank Canvas stage when AndyDub, featuring MindControl, began to perform. He played the crowd like a violin with perfectly timed drops, spine-tingling liquid warbles, and deep tummy-throbbing bass. The hordes of dancers emanated a warm bubble that held off the chilly night air. As the cold got more intense, festival-goers started to gather around the fire-pit, still close enough to enjoy the beats radiating from the main stage, The Vineyard. 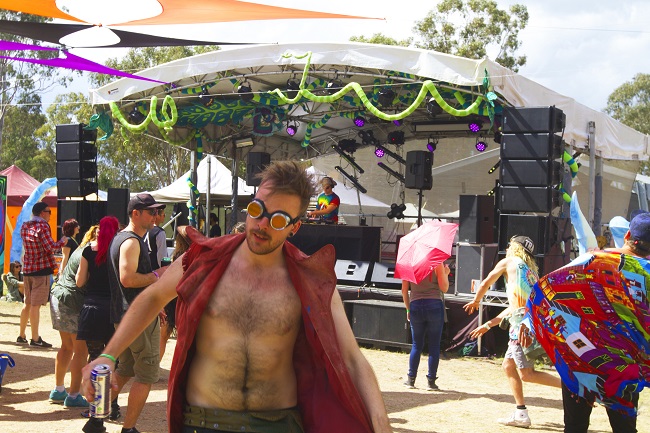 The music stayed pumping 24 hours a day, loud enough to hear from the campsite and deep in your dreams. This meant it was hard to linger over a dirty chai in the morning when the sweet, sweet beats were calling to you at 9am. That’s how I found myself in front of Smiggle at The Blank Canvas so early I could still taste the toothpaste. A tragedy of the line-up at Manifest is that Smiggle wasn’t playing at midnight, because a sound like that deserves a primetime slot. Unintelligible, alien mutterings hovered over the top of electronic drones and crunchy beats. Not a bad way to start the day.

However, the DJs and producers weren’t the only attractions. Manifest makes a point of stressing the fact that they’re a festival, not a doof. The Vineyard played host to several astonishing live bands and singers. The funky reggae vibes of Bearfoot brought the groove in the morning, and my afternoon was made a the performance by Desmond Cheese. A perfect balance of chilled out and lively, their psychedelic, folksy tunes never fail to please. The violinist ran himself through a panpipe synthesiser creating an uncanny warble perfectly offsetting the haunting vocals. All the band members were dressed as characters from Studio Ghibli, which was a fun, playful wink at the geekier audience members, myself included. 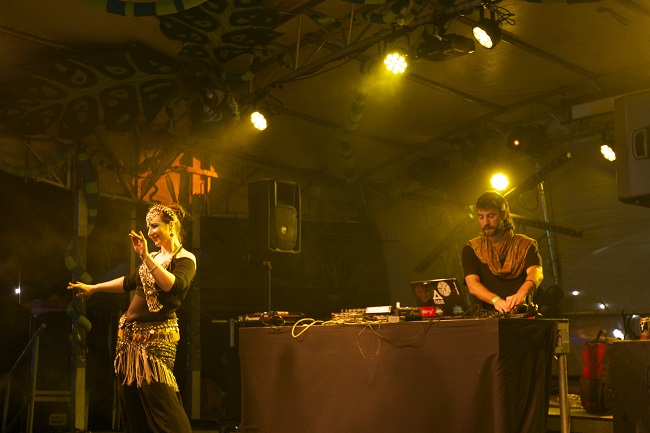 It was a long three days and the exhaustion levels were high by the time the final few DJs took the stage, but that didn’t stop the people dancing. The second last performer at The Vineyard was Griff, and his crunchy psy-trance had the crowds moving with the same energy they had on the first day. The stage wrapped up with Blockhead, who’d flown from America especially for Manifest. His set was comparatively chilled but still incredibly funky, and was a perfect finish to an excellent not-a-doof!

All photos taken by Grace Reid