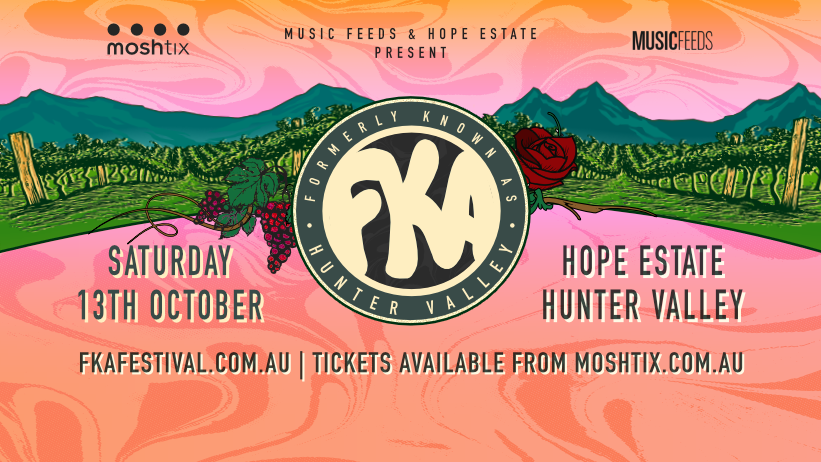 New South Wales—more specifically Hope Estate in the Hunter Valley—you’ve just received a huge new festival and its debut lineup is huge. FKA Festival is lead by an all Australian lineup.

The Jungle Giants—festival favourites and loved by all—will be headlining alongside other prestigious talent as live powerhouses British India, Ali Barter and The Belligerents. The talent pool doesn’t stop there with Trophy Eyes, Tired Lion and Luca Brasi amping up the day with some heavier tuneage.

Of course, it wouldn’t it be a music festival in Hope Estate without their fine range of award-winning beer and wine available for patrons. Aside from the music, roaming entertainment will keep crowds smiling throughout the day—to give you enough pep for The Jungle Giants to usher you through the night—as well as gourmet food selections and DIY workshops.

FKA Festival hits Hope Estate on Saturday 13 October. If you’re travelling far, there’s plenty to do in the outer regions of the area. The festival’s website has collated some great hotspots for tourists HERE.

Tickets are currently on sale and they sure as hell won’t be lasting long. Snag one for yourself—and shout your mates a couple too—HERE.