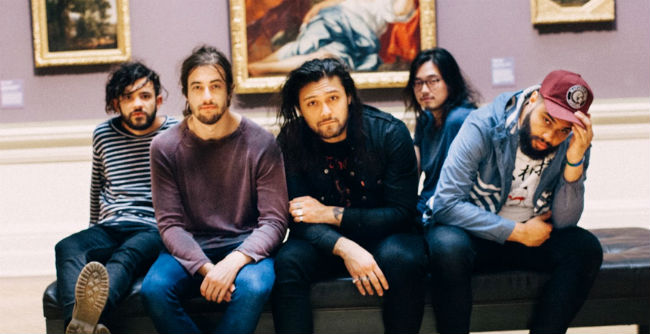 Sydney’s Gang of Youths have just dropped a captivatingly dark new single Strange Diseases, ahead of the release of their new EP ‘Let Me Be Clear’.

The track is an indie-rock belter, with interplay of swirling orchestral strings, intricate guitar phrasing, and signature powerful vocals from lead singer David Le’aupepe. Beginning with a swell of strings and ending with anthemic group vocals, the track doesn’t waste a single moment.

Frontman Le’aupepe says the lyrics speak of “embracing the pedestrian [and] finding beauty and purpose in the banal”.  The track is just one part of a story for the new EP, which Le’aupepe says acts as a bookend to the final chapter of his life spent in love with someone fighting cancer.

Gang of Youths are no amateurs to great song writing, with their debut album ‘The Positions’ being nominated for five ARIA Awards in 2015.

The gang are quickly gathering global recognition, recently selling-out their first show in London. If you’re lucky enough to be heading to Splendour in the Grass, make sure you check these guys out, they’re an unmissable act!

Gang of Youth’s upcoming EP ‘Let Me Be Clear’ is set for release on Friday 19th of August. Check out the new song below!