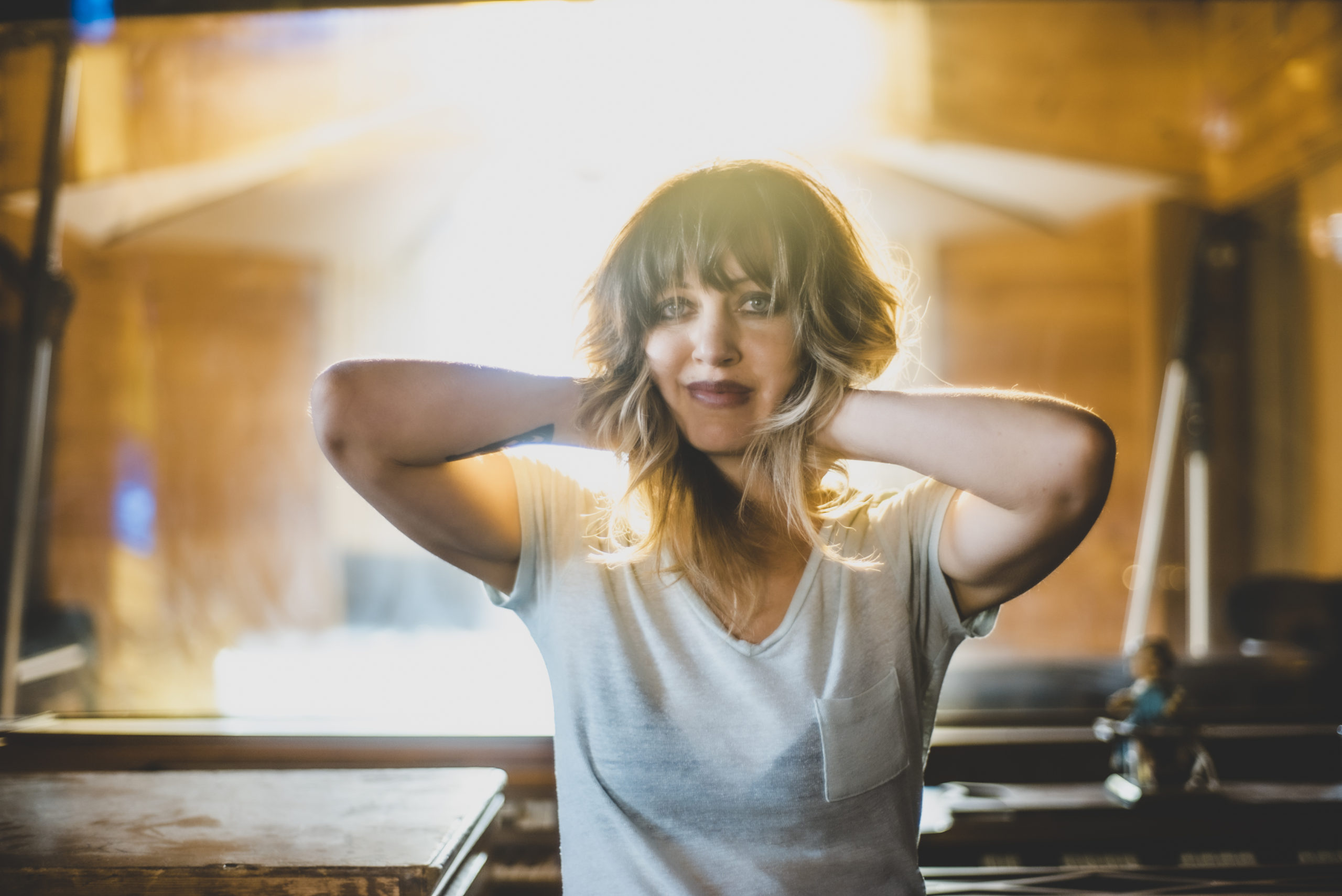 Tony and Grammy-award-winning singer-songwriter Anaïs Mitchell (Hadestown, Bonny Light Horseman, Big Red Machine) has just announced her first solo record in over a decade. This announcement is paired with the glowing first single ‘Bright Star’ and its accompanying music video. We recently had a chat to find out more about the single, album, video and more!

Congratulations on ‘Bright Star’! How has the process been working towards your first solo record in over a decade? Has it been a long-term project or something you’ve recently set your sights on?

You know, I became so single-minded about Hadestown during the years leading up to Broadway that I found I couldn’t write my own songs– it felt like cheating on the show! There were a few fits and starts, but nothing really felt good or done. When the pandemic hit New York City, I was nine months pregnant with our second child, and my family made an eleventh-hour decision to leave the city and have the baby in Vermont, which is my home state. Then there we were, on my parents’ farm, with this new little infant, everything suddenly in slow motion. I started writing again and got into a flow like I hadn’t felt in years. It felt like a reconnection with my younger self.

How different do you find the writing of solo material compared to writing big Broadway musical numbers?

Well, it’s interesting– with the big musical numbers, you get to take on these big voices, these larger-than-life characters and stories. With these solo songs, the character is me, the stories are mine, and they’re NOT larger-than-life; they are exactly life-size. So there’s freedom in these songs, not needing to advance the plot or character arc. But there’s the alternative challenge of needing them to feel true.

With such relentless songwriting skills, how do you stay inspired? What keeps the ideas pumping out?

That’s nice to hear because it’s not my internal experience! For years I called myself the slowest writer on the planet. It’s not that it comes rushing out, usually not like that at all. For me, the problem has never been ideas; I have a lot of ideas… the problem is how to see the idea through to a place where it feels good, beautiful, finished, useful. That process can and does sometimes take years.

Is there a reoccurring theme on the album, or does each song hold its own significant meaning?

Someone asked me this yesterday! And I hadn’t put words to it before, but for me, it’s an album about growing up. Some of the songs delve into my childhood and younger years, remembered or romanticized or both. Some of them are about being older now, a mother of two– with the second kid, it definitely feels like, oh wow, this is a new phase, I’m surrounded. I’m the fkn grownup in the room now.

What are some wise words you would say to your younger self?

I would say: trust yourself.

Having toured far and wide, what are some band favourite cities to play in across the globe?

Great question! In the states, I love playing in New York, Portland, San Francisco, Minneapolis… Overseas I love London, Dublin, Berlin, Barcelona… this is too hard! Don’t make me choose.

I just saw you announced USA, UK and Europe tour dates. Are there any plans to tour Australia around the record?

Oh my gosh, I would love to. I’ve never set foot in Australia, and I really, really want to. I almost did a couple of times, and then I think the reality of my small children got in the way of that long flight. So there are no plans yet, but I promise, hand on heart, to make those plans soon.