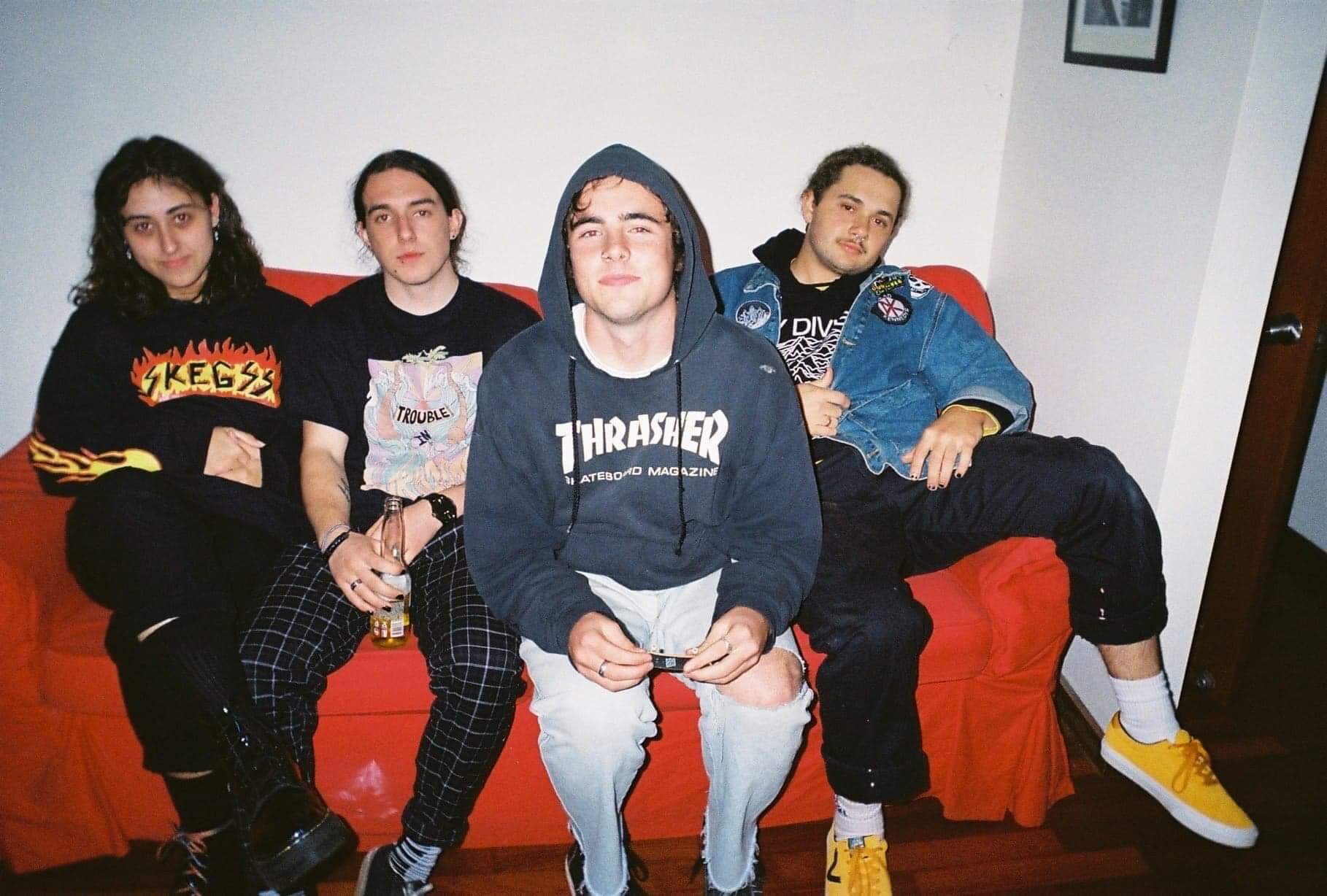 Central Coast-based punk rock quartet Deadshowws have returned with their latest spirited single Baltimore – produced by Jack Nigro (Skeggs, The Terrys, Pacific Avenue).  We had a chat with the band to find out more about the single.

Big congrats on the latest release! Can you dive in the themes for us? How did this song come about?

This song really comes from the angered inner thoughts of Deazy, the incredible writer and vocalist behind Baltimore. It really surrounds the hatred for fake people, as well as the ever-changing world that surrounds us. Deazy told me that he wrote the chorus for a moment at one of our gigs; there was a group of people acting snobby and trying their best to make themselves feel better than everyone, including us. Once we were up on stage, their demeanour suddenly changed, and they were acting like our best mates and dancing right up the front so no one else could get through. I guess this is Deazy’s way to say that’s not on hey, like just be kind. Be real. Don’t be a twat, because you’ll never win.

This song takes a substantial influence from the 90s grunge era, while including a familiar modern approach. What are some of your influences when it comes to making music?

Our main influences, especially for this track are Nirvana and especially Violent Soho. We formed Deadshowws playing Covered in Chrome in our garages, so it’s safe to say that we have adapted a lot of their sound.

You’ve cut your teeth playing several live shows in the last few years. What are your favourite memories from the stage or the green room or the tour van?

That’s a hard one because on the way to our shows, we’re all piled in together, crammed in a car full of gear, trying to sort out bud for the night or shot gunning who must be deso, and I’m fond of a lot of those memories. In the green room, we’d just hang out, sling beers, and talk shit to new bands who quickly became some good mates like Soda Simulator and Sling who are some of the greatest artists and people that I’ve ever met. But I’d have to say, personally, my favourite memory is when you get the crowd really hyped up, and you just start getting them to scream weird shit. Like weird shrills, or just general screaming weird phrases. You almost feel like a drunk bogan Freddy Mercury.

Outside of music, what are some things that keep the creative energy at a high? What’s everyone’s passions beyond the band?

Personally, I work in recording studios with different bands, and I’m always writing and recording demos with Deazy so that helps to keep the creative buzz going. But besides that, Darcey plays heaps of Nintendo Switch, Taj and Deazy skate, Deazy also is a Lego building champion and I play a bunch of Minecraft, so I guess those kinds of productive activities really keep us fuelled hey.

Can you tease any forthcoming plans?

I’ll just say that we aren’t stopping with Baltimore. Anything else, and Alex will call me stupid and make me sit outside for the rest of the day.