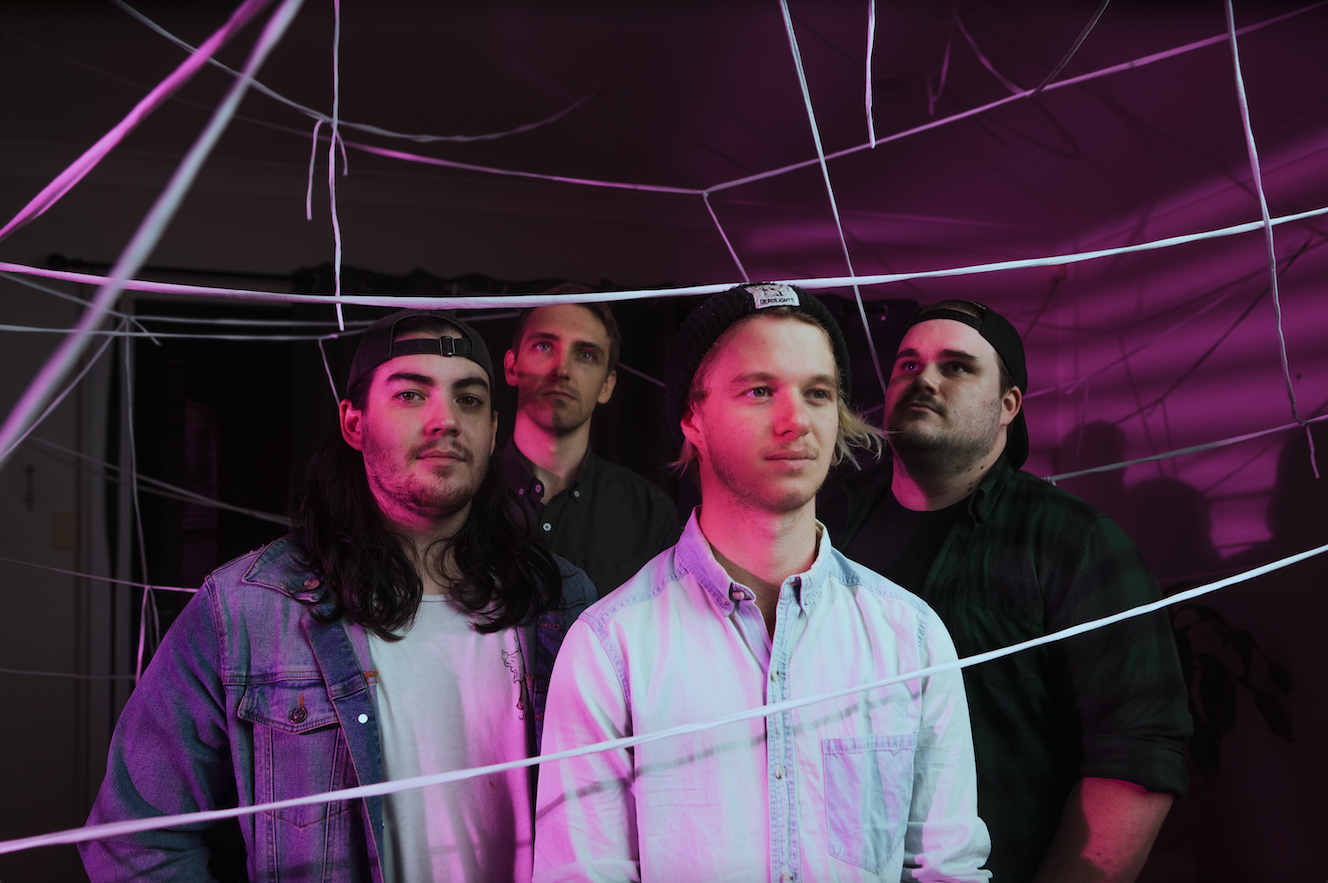 With nods to video games and pop culture references, tracks discussing raw and real issues, ‘Mosaic’ really packs a punch even within the bounds of a 5 track EP, truly a testament to their musicianship.

We caught up with Andrew (vocalist) for some insight into the EP and more. Check it all out below.

Congratulations on the release of your debut EP titled ‘Mosaic.’ Can you give us a rundown of the creative process behind the EP and how it came to fruition?

The creative process is always interesting for us. We tend to just write a handful of riffs or ideas and slowly put a Grizzlysharktake on them so they all kinda fit. Then we end up with genres that are not all the same like easycore, melodic hardcore, straight up emo. On the EP, hence the name that we came up with, it feels like a bunch of seemingly random pieces put together to create this whole final product.

Troy Brady was brought on for the mixing and production of the EP and I recall you working with him previously for other releases. What is it like having his expertise on board?

We love it! We got wind of him doing this stuff many years ago. We went to him, loved it, and we just kept going back because he gets what we’re trying to do, he understands the split genres. It’s a really awesome experience, and his knowledge is always incredibly insightful, we’ll always be grateful for it.

The single TMS was co written with Alan Day of Four Years Strong, which is another incredible collaboration, how did the opportunity arise?

If you’re a Grizzlyshark fan or know us personally, you’ll know we idolize Four Years Strong, so that  was a huge moment for us. I even have the zoom call with him to discuss it in the end. During covid he was posting that he was using his free time to help bands record or produce music so we hit him up, got it sorted and he really enjoyed the song so he was really happy to work with us. It was just amazing how he was looking at songwriting compared to how we were looking at it. And it was really insightful for how we started writing from there on.

How was Grizzlyshark born into the scene?

This iteration of the band is actually three members from a previous band that decided to keep jamming together. I had a music business assignment at tafe when I was eighteen and knew some of the boys played instruments so we got together and formed a band, we enjoyed it, loved hanging with each other so we kept doing it.

Where did the name Grizzlyshark come from?

We were looking at a new name and the boys were saying it should be a serious band name, named after the town we were in or something and I was reading this comic called ‘Grizzlyshark’ and I thought it was hilarious, put it forward, chucked a bit of a tanty and then got my way and that’s why we’re called Grizzlyshark.

What has influenced your songwriting and sound over the past few years?

When we started the band we kinda had the idea of what we wanna be which was a mix between the post hardcore, indie core sorta stuff, a bit of everything and in between. But it just depends on what we are listening to at the time. Like with the single TMS, I was listening to the latest Tiny Moving Parts song, I showed Liam and said this is cool we should write something like this. Then a week later we had a song. So, it’s very much whatever we’re listening to at the time and then we try to make it a Grizzlyshark song so it doesn’t stand out too much. Very chaotic in terms of trying to be cohesive throughout.

What are your thoughts on the Brisbane music scene currently—any pros and cons?

There’s a lot of really cool music coming up at the moment, like Citadel, which our guitarist is also a member of, they’re just doing amazing work for the metalcore-y side of things. There’s also a fair few projects that I know are underway at the moment that are yet to release stuff but there are some really cool ideas. It’s really hard to think of any cons…I would say not enough amazing bands at the moment, they need to stop hiding their work and come out already!

If you could choose a video game or tv series/movie to feature a Grizzlyshark song, what would it be?

Video game for any band would be the classic Tony Hawk pro skater series. It’d also be good to feature on MX vs ATV, that would  blow me away. I don’t know what movie our music would work for, but if they ever do a Spider-Man 2099 movie, chuck me a message then.

We’ve got the We Set Signals show coming up at The Zoo, as well as another show with them and Nervous Light down at the Gold Coast. Outside of that, we’re sorting the EP launch and hopefully playing some shows interstate.

You can catch Grizzlyshark on the We Set Signals ‘Press X To Continue’ tour on both Brisbane and Gold Coast dates.