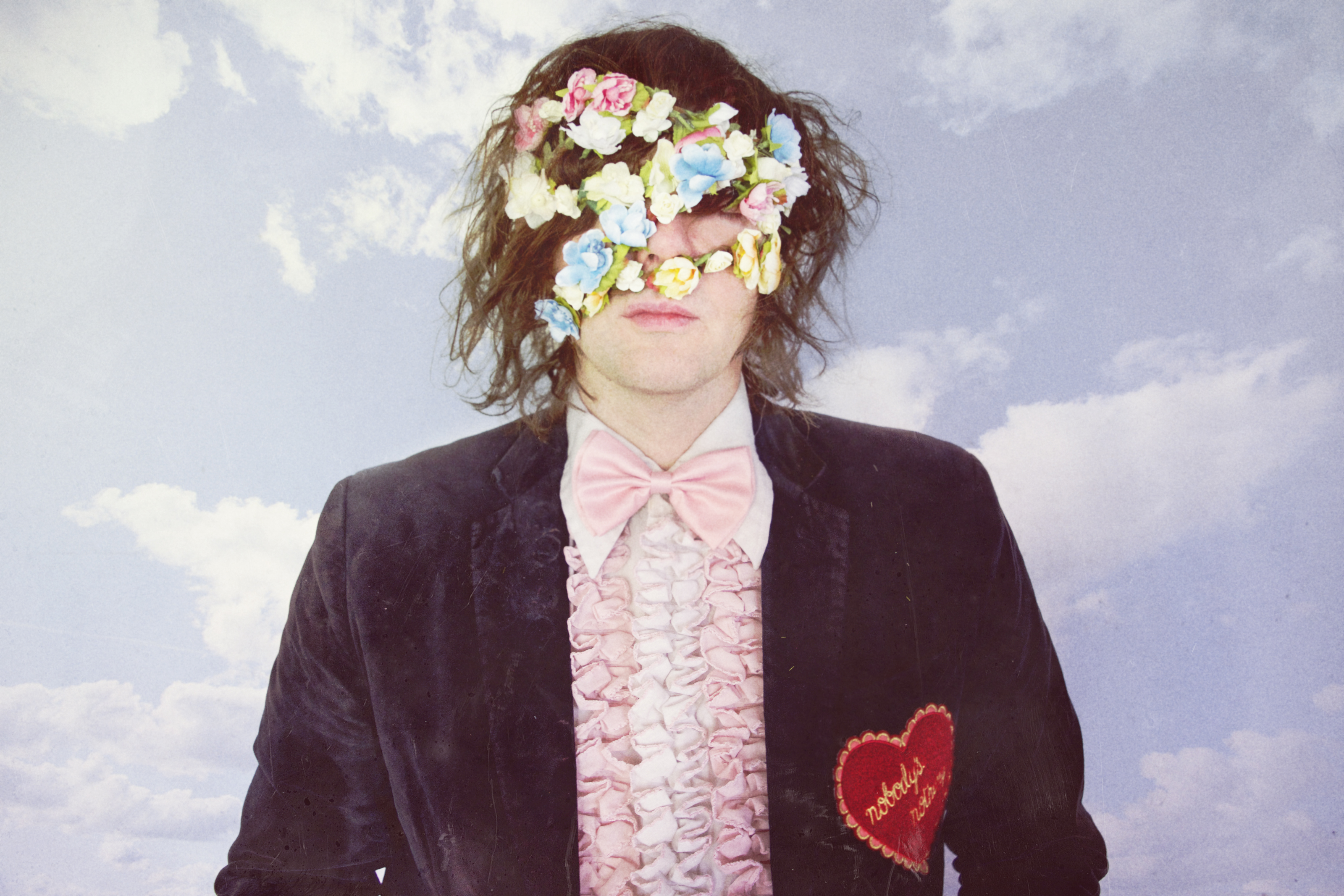 With so much incredible music hitting the airwaves recently, it can be easy to overlook or miss some of the more understated releases. One such release is Beach Slang’s latest offering, ‘We Were Babies & We Were Dirtbags’ EP. Released under the name Quiet Slang, James Alex has delivered a stripped back and emotive interpretation of tracks such as Future Mixtape For The Art Kids, Bad Art & Werido Ideas as well as an incredible cover of Big Star’s Thirteen. Recently I had the opportunity to chat with James about his musical influences, working in the creative industry and his time on NPR’s Tiny Desk Concert.

In your ‘About’ section on your Facebook I noticed recently that you simple have, ‘guitar, bass, drums. Played loudly”. How would you describe your sound to someone who might not have come across your music before?

I try to keep it vague like that I suppose. To us, we’re just sort of a rock and roll band, in its simplest terms. If I were really trying to at least sum up what we sound like, in a serious way, I would say that what we’re aiming for, is if Richard Butler from the Psychedelic Fur sang for the Replacements. That’s what we aim for, but I’m sure we fall well short, but that’s certainly the aim.

Now all of your songs are really high energy, but also seem quite intricate at the same time. How do you showcase something like that during your live sets?

I read this interview with Angus Young when I was a kid and he turned me onto the idea of energy, power and manic-ness. He said that he missed notes all the time but nobody notices because we’re all in this fervour type of moment. A lot of that layering on the record doesn’t appear [in the live shows], but by the time you notice, it’s gone past you. We get by on charm and chaos because we really don’t pull any highly technical stuff; it’s sort of a plug in, turn up and play sort of approach so we’ve had to find other ways to sell it through.

Your latest EP, ‘We Were Babies and We Were Dirtbags’, is filled with beautifully stripped back covers; for me it seems to bring out a different perspective of the originals, giving them a real sense of vulnerability and honesty. Where did the idea come from for Quiet Slang?

First of all, I appreciate you saying that. It was built out of a few things; The Replacements are my favourite band in the world but as much as I love them, I love Stephin Merritt and The Magnetic Fields a lot. I’ve always loved that pairing of piano and cello; I just think that it’s haunting and helpful at the same time. I was always really drawn to that and I did this thing for NPR called Tiny Desk Concert where it was just me and my guitar. Everyone would come up to us and say, ‘That’s how I found out about your band and I really love that performance, and you should record songs quietly sometimes’. I dug the idea of shifting the feel of things and sort of framing the lyrics in a different way, and I’m saying this massively humbling, but I’m so thrilled with how things came out. A lot of it was exploration and experimentation, and somehow it just really worked.

What was it like playing in the NPR office, because I’ve got to say that I’m such a huge fan of Tiny Desk Concerts.

I think I said it in the performance, but my knees were knocking: I so worried that they were going to pick up my teeth chatter on the microphones. I was just thinking first of all, how did I get here and then how am I going to make it through this? We were only a band for six months and we didn’t even have a full length record out at that point. Somebody at NPR just dug what we had out and believed in it enough to ask me come on. I was horribly nervous and it really was a big bucket list check off for me. it was incredible because I feel like I got rushed to the alter and I can’t believe I got to do it that soon,

You named Big Star as one of your largest musical influences. How has Alex Chilton and Big Star’s music affected your career or really just your life?

I think it woke me up to a couple of things, mainly the possibility of what music can be. I got to meet Alex Chilton one time in New Orleans, and I hold that so dear to me now. I don’t know that I’ve ever heard a prettier sound. than Alex Chilton and Chris Bell singing together; it’s one of things that showed me what records could be, what harmony could be. It also showed me that you can make such beautiful music for a really long time, and you might not find that wider audience.

In a weird way it taught me how to manage expectations. The thing you can control is the work you do, and then after that it’s who knows. Some of the greatest records ever made are only getting their dues now, because for a long, long time they were considered critical darlings or commercial failures. There was a lesson in that because we’re all sort of rushing to get to this point, but we’re forgetting that the art is what matters and the other stuff is just this fleeting stuff that appears and disappears; it really taught me something about pace. Far further than that, Big Star have definitely sound tracked my life. Anything I’ll say here, I’ll understate how important that band is to me.

You’re currently travelling around the US on a huge tour; how do you deal with the long hours and the pressures that come with being on the road after putting all of your energy into your performances?

I sort of summed it up into this three-part formula: humour, booze and my best friends. I’m just in this really fortunate position of doing all of this stuff with the people that I really love. Sure there’s that drain and that pressure cooker, but every time I might even have a moment where I’m catching my breath and I look around… I can’t even utter a complaint because then I’d have to smack myself. This is a pretty cool way to keep the lights on at home. I get to jump around with my guitar and make new friends all the time. That can get you through and help you weather pretty much everything.

Did you think you’d ever be at this point when you first started? Playing NPR and doing these huge tours, is it still pretty surreal being at this point in your career?

It is and I’ll tell you straight, I think it will be forever. Beach Slang started as an accidental band, I was just making these songs at home and I let some friends hear it and they said that I couldn’t just let this stuff exist on my fore track. I went into a studio with some friends to record them for nothing more than to have them exist on a tactile thing, and then it just became a thing. There’s that sort of genuine shock and surprise to it all and I just deflect the idea of being jaded about anything.

As soon I tire of this or it starts to feel routine, I’ll move on to sculpting or something else that will excite me, or challenge me; rock and roll deserves better than just going through the motions. I’m quite confident that I won’t fall into that trap because I suppose I would have done it by now. I’m so stupidly wild eyed about it and I still feel like that fifteen-year-old kid with posters on his wall; I suppose I’ve found the thing I’m meant to do.

That must be a really nice feeling. Are you at the point where it’s just you making music? Or do you other things to supplement your life? I know that in the creative industry it’s really hard to be so passionate about your craft but also be faced with the reality that there’s generally not a lot of money in it.

I am and I’m lucky enough to say that. I guess I almost say it apologetically because when someone asks me what I do for a living and I say, ‘I’m a musician’, I know that they’re thinking I’ve just thrown my life away. When we talk about did you expect to be here, I never thought in my life that I’d be able to do this. Right now, I’m doing alright just getting by writing and singing songs, so it’s pretty cool.

Back in 2016 you came over for Splendour In The Grass; how did playing an Australian Festival compare to something like Primavera or SXSW?

It was unanimously the greatest trip we’ve ever taken. I’m literally putting my hand over my heart so you know I mean it. We have bugged our booker about coming back to Australia, and I don’t want to lie to you, it hasn’t been every day since that Splendour tour, it’s been every other. We got to go surfing with these really great cats from this company Mambo, and it was just so incredibly surreal; the beaches were super pristine and we just did it all. There was a point where on our last night there in passing conversation and for at least those few minutes we had completely disregarded everything else that we had going on in our lives back home and were like, should we think moving here?

I don’t want to oversell it, but the people were just really kind, receptive and beautiful, it was really cool to walk into a place and feel like even though it was about as far away as we could be from home, I really felt like I was already there. It was incredible and I’m being told we’ll be coming back down when we put LP three out. I’m holding someone super accountable for that promise.