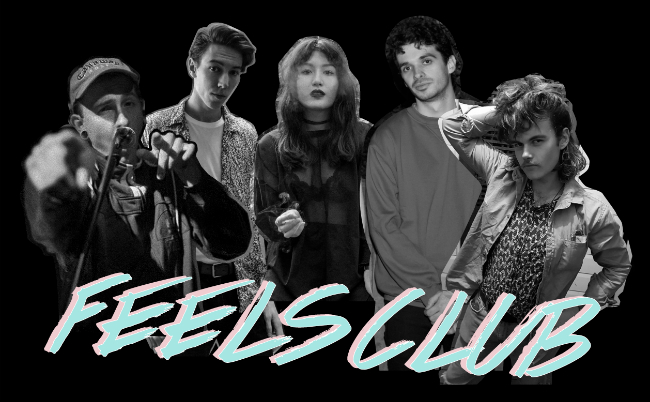 They haven’t been around for long but Brisbane’s Feelsclub have quickly made their mark on the local scene, and southern live music haunts are now firmly in their sights. Their quirky synth-laden alt-pop shares plenty of nostalgic influences, and their latest single 1X1 is another super tasty party jam primed and ready for your next psychedelic house party. We talked to Feelsclub’s frontman ‘St. Jonnie’ about their creative processes and reflecting on their pretty productive 2016!

Let’s talk about release of your new single, music video, and upcoming tour! You guys must be excited, what’s the planning been like?

Yeah, we’re definitely excited! We’ve only been a band for a few months now so sometimes it feels like we’re jumping the gun starting a tour so early, but why mess around? We’re here to make a splash and have fun, we know what we want to do!

When I first listened I couldn’t help but link the single 1×1 sounds similar to contemporary Tame Impala and Blood Orange, with dare I say a slight Phil Collins vibe. Would you care to shed some light on this dynamic track’s inspiration?

Um, well, it’s actually a real funny inspiration ’cause a lot of the other times we’ve sat down… well I write most of the songs, then they’re all recorded [and] thrown straight into the laptop [with] a lot of the usual digital beep boops in my bedroom, so very not proper (laughs). So, with 1×1, it was a strange one ’cause usually we sit down, we listen to some other artists for inspiration to get a feel for what we’re trying to achieve, and start jamming out as a band.

But literally just had a a catchy melody in my mind when I woke up from a wee afternoon nap, then went into the shower and in the shower I just started singing away! I jumped straight out to my office, noted it down, and went straight for it, so the inspiration really came from that!

What influenced your decision to produce this single with a dreamier rock ‘n roll vibe when comparing it to your track Come On?

Well, when we first started out we all [were from] separate bands before. So the founding three of us, one is no longer with us, were all from different bands. We all sat down and were like “For this one we want to do a party [band], get the people dancing!”, so we sat down and made a playlist a lot of 80’s dance music. We just wanted to get people to dance! [But] our first [track] didn’t take on so much dance…

When you drop your inevitable debut EP what should we be expecting considering the differences between these two tracks?

Come On was very much meant to be a party starter… a sleezier number in a way, a very Prince vibe in the way it’s sort of lyrically based. With 1×1 it wasn’t actually meant to be the next single, it was supposed to be another track called AEIOU, but at last minute we decided to go with 1×1. Sometimes I kind of regret not making AEIOU the next track that came out ’cause after shows we always have people singing it back to us. With the EP, we probably won’t be doing that anytime soon ’cause [we want] singles all the way… we just prefer doing it that way.

We sat down with our good friends of ours, their production name is Creative Clones, and we were throwing around a whole lot of ideas and were getting nowhere. So we were like let’s just talk dates, and I don’t deal with that kind of thing as that’s my girlfriend Mika (other band member), and then I just slammed down my drink to tell them all to shut up and started saying the most random things about a dirty hotel room where a girl is woken up. I just started listing feathers, gangsters, and at one point there was even a bible, but then we were like, “Hmm, probs shouldn’t!”. (laughs)

We’re not complaining but what’s the story behind the girl wearing minimal clothing as she dances around like no one’s watching?

Originally we wanted to use the same girl from our first clip, but she’s now signed with an agency so they were like “bam, bam!”, so we decided to just get this random girl and it worked perfectly. It’s very Sticks and Stones Agency inspired. My girlfriend Mika loved the crap out of that, and funnily enough the whole wardrobe seen in the film clip is also hers!

The ‘Good Vibrations’ tour kicks off in January next year, is there anything your most excited for as you rip up some of Australia’s capital cities?

I’m pretty excited to get on the road again. Actually, just excited to sit in a car with a whole bunch of dudes (laughs). Nah, seriously though we just went down to Newcastle for No-Fi Records’ Christmas party and it was just a bucket of fun playing with all those other guys. A good road trip means a lot of Cards Against Humanity and a lot of trivia, weirdly Australian-obsessed trivia. But yeah, keen for that!

Will we be seeing any influence from the Beach Boys on this tour considering the correlation between tour name and the their well-known hit song? 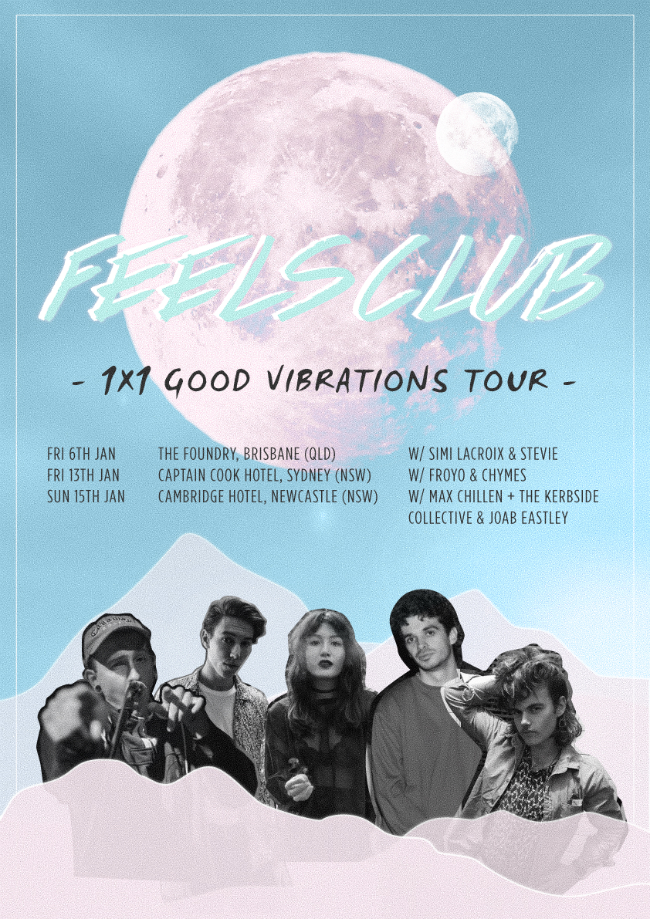