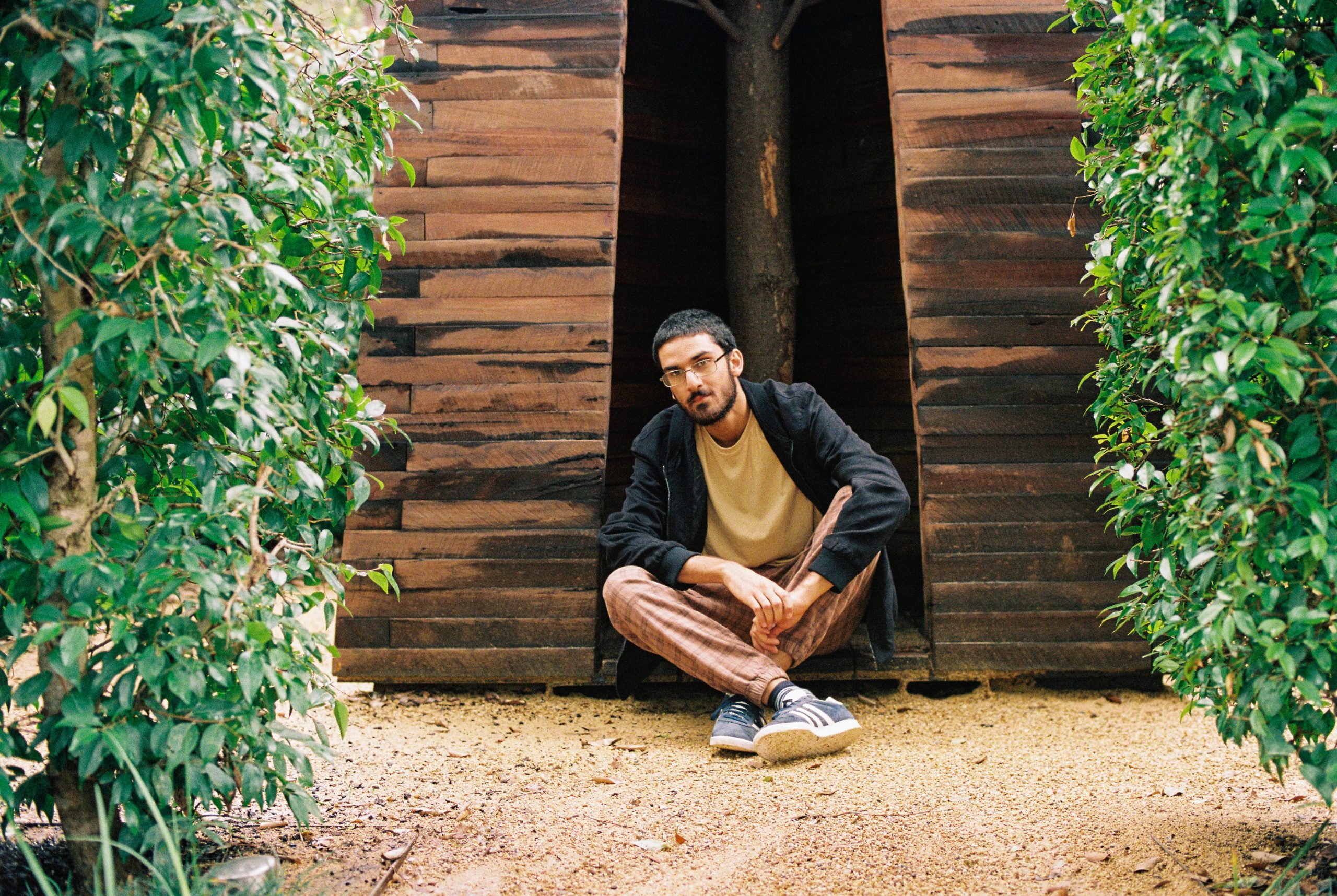 Sydney-based Iranian jazz rapper Kiyanosh has just unveiled his daring new single ‘KARMA’ – lifted from his forthcoming EP ‘Dying Alone’ – produced by label-mate shue, mixed by Doebas Petes and mastered by Jack Prest at Studios 301. We had a chat with him recently to find out more about music, collabs and more!

Love the track ‘KARMA’. This sounds like it has a strong message behind it, can you tell us about the meaning and where you got your inspiration from?
The inspiration for this loosely stems from me comparing my life & what I’ve gone through to that of my mums, and realising how much more cynical and jaded I am even though I’ve kind of gone through nothing in comparison to her. So I just played on that perspective and revolved the entire song around the idea of karma. Some people see some shit or go through some shit and see it as an opportunity to grow or as an obstacle life’s thrown their way or whatever… and some people, eventually, just stop believing in karma. But it’s a happy song, I swear.

You have collaborated with some friends in your new music, what was it like working with people you have a strong connection with?

It’s honestly the best, it’s also almost all I know. 90% of what I make is with my friends, and I’ve had some sessions with other artists which have also been really great, but I’ve also had some where it just didn’t really work. I think if you can’t be honest with each other it really affects the process, and if you don’t vibe then that’s that.

Aside from music, what are some of your other interests or talents?

I’m pretty obsessed with film & TV. I would probably say film & comedy are my 2 biggest interests outside of music. I’m actually working more and more on both of them at the moment in a bunch of different ways, so there’s heaps of exciting stuff coming soon.

Who are your biggest music inspirations?

That’s a tough one. When it comes to hip-hop, I’d say my biggest inspirations would be Isaiah Rashad, Mick Jenkins & Kendrick Lamar and it’s been like that for yeeeeears. But subconsciously there’s obviously going to be different parts of all the rappers I grew up on coming out in my music here and there. I probably wouldn’t be so okay with being a complete weirdo in my music if it weren’t for the Eminem’s & the ODB’s & the Chance’s. Besides that there are so many amazing musicians, insane producers, singers and everything in between that inspire me hugely, just in a different way – it’s less head on. I’m also really inspired by work ethic and just the way some artists move. Kenny Beats for example, I love his music, but the guy also just works so hard and it’s mad inspiring.

Where do you see yourself in 5 years’ time?

Honestly? On a yacht with Denis Villeneuve and Wes Anderson getting advice on how to direct the next Batman with Mahershala Ali.