Interview: Liam Holmes and Dom Harper from The Comfort 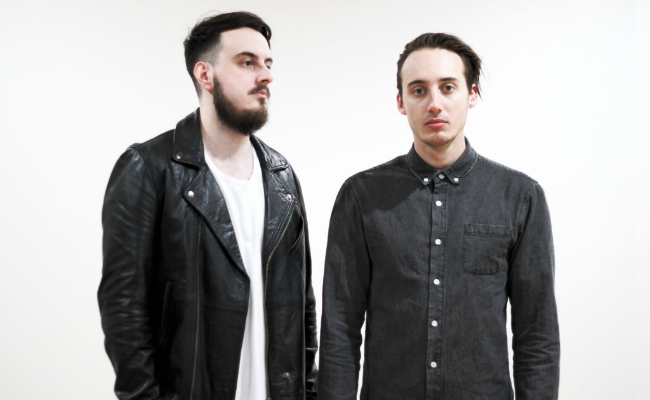 They’re young and reckless but The Comfort aren’t letting anything get in their way! Fresh from their national tour, we caught up with the too-busy-kickin’-ass-and-working-full-time-job gents, Liam Holmes and Dom Harper, to talk about their upcoming EP ‘Love’, selling yourself on the black market, and getting a knife pulled on them!

What is the most comfortable thing you’ve ever sat or laid down on?

Liam: Hmm, let’s see, well there’s this really good inflatable doughnut at my girlfriend’s house that I fell asleep in on New Year’s Day and..

Dom: Oh! I was gonna say the spare bed at your girlfriend’s house!

L: What? (Both laughing)

D: I don’t know! (Laughs) We just slept there last Saturday night and it was just a bed in the spare room at Liam’s girlfriend’s house. I guess it’s the only thing I can remember most recently (Laughs). We’re on tour and she lives in Melbourne, so it was probably due to the fact we hadn’t slept more than two hours in the last three days (both laughing).

If the comfiest piece of furniture was made, would you buy it for $1 million?

L: Ooh, I would straight up say no! There are a lot of comfier things I could spend less than a million dollars on. (laughs)

D: Wait, wait, are we also rich enough in this scenario that a million isn’t too expensive? Because in this current situation I would probably have to start selling myself on the black market for that price. If I was rich though, then yes because I do like comfy things.

What kinds of situations make you feel the most uncomfortable and why?

D: That’s a tough one… I’d say, y’know when you’ve met someone before and you accidentally introduce yourself then later you realise you’ve met them before? That’s the most uncomfortable thing in the world. (both laughing)

L: Or if you just slightly know someone and you HAVE to say hello to them even though you both don’t want anything to do with each other… But you’ve seen each other, you’ve both made eye contact and you’re close enough to initiate contact so you have to anyway.

For the uninitiated, how would you describe The Comfort’s music and live shows?

L: Yeah, the authenticity and the emotions that are in the lyrics of the songs. Not like cracking a lot of jokes on stage but making it about trying to get the message of the song across and showcasing that mood. We’re all about being a ‘vibey’ band and we’re trying to get that across by putting on a really great performance that showcases the music and makes it the forefront of everything.

That should be the situation for a lot of bands but it doesn’t seem to be. For us, we don’t care, it’s just about the music. I think there are a lot of bands that try to jump on different trends, like if there’s something popular in the music scene then they’ll jump on that to be more popular. Whereas for us, it’s all about being honest and authentic with ourselves and our fans by just doing exactly what we want to listen to and write in our bedrooms by ourselves, that’s what we want to do.

We really love your latest single Everstone from upcoming EP ‘Love’. What was the inspiration behind the song and its video?

D: We had the bridge with it as well.

L: Yeah, we had the bridge as well and I just started almost free styling the words. It’s just about Dom and I. We both went through similar relationships and similar break ups a little while ago and so, even though it was written by two different people the theme is really similar. It’s about the unwillingness of someone to change and grow as a person and just the frustration of that and how everyone should always strive to be their best selves even if it’s a difficult thing to do.

D: Yeah, the video comes back to what we were talking about before where we want to strive for honesty and authenticity. We wanted a video that gave the raw feeling of ‘This is us and we are screaming these words and singing these words because we mean it!’. We didn’t want just a story where it was passing the blame as though it’s not about us, it’s to really show that this is what we’re feeling, and we wanted to get the emotions of it across in that way.

With the changes you guys are making for The Comfort, what are your plans for the future?

L: Well, along with Everstone we recorded a six song EP at the start of the year with Sonic True Love and that’s called ‘Love’ which will be out on September 16. On August 25 we’re releasing a single called Your Heart. We’re just so excited, because it’s not as though our old music represents ourselves poorly but it kind of took us a while to get it out and it was almost a little bit dated to us by the time it got out.

Now this stuff we have is very fresh and relevant to where we are at the moment as people and we’re just really excited to show what we can do. It’s definitely a step up as Dom and I have figured out how we write best together now and how to showcase each others’ strengths.

Will we be hearing anything a but different from you guys on your upcoming EP ‘Love’? Do you plan to venture out and experiment with your sound?

L: Yeah, 100 per cent. I don’t want to say that it’s more mainstreamed and polished but it’s more of a timeless sound. I like to say we’re still an emo band, we have emo roots as a band and, that will always be in our sound… But we’ve drawn more and more from grown up influences this time around. We’ve thought more about the song writing and structure of songs by putting more detail on all parts.

D: I think a lot of our sound on this EP was drawn from things we were listening to at the time like, Coldplay, Death Cab For Cutie, and Taking Back Sunday. So, a couple of bands we’ve been listening to for the last 10 years but there are also other influences that are coming through like The 1975. Our writing style seemed to evolve with us as we were listening to these bands.

I think it’s because bands like blink-182, Jimmy Eat World, and Taking Back Sunday were the ones we were listening to when started making music. Those bands were the ones that were realistic to us and that’s when we made that conscious decision to start writing for ourselves, so I think that’s always going to be in our sound because that’s where it started.

So what has been the highlight of the tour so far?

L: So, on Friday we played our first show ever in Canberra and we weren’t expecting a turn out since we’ve never been there. We were pleasantly surprised that we had a crowd and it was a great night. We’ve also played Sydney and Melbourne as well and it has been just so good! We’re just glad of how well it’s going now because of how poorly our last one went (both laugh). This tour we’ve gone out on our own, organised it ourselves, and brought younger band, Grim Indiana along with us!

D: They are amazing guys who make amazing music, everyone should listen to them!

L: Yeah, yeah. We’re learning as we go and finding what works best for us, and so far it’s been the best experience we’ve been through. Now we’re back in Brisbane we’ve got work this week (laughs), then we’re back to a show this weekend for a show. We’ll be performing at The Foundry on Sunday 31st with a bunch of other amazing artists.

D: So, when we were in Canberra a guy pulled a knife of me… I mean kind of. He pulled it out and said he would protect me with it but it was covered in blood and he was really, really drunk. So, it was kind of scary (both laughing).

The Comfort are set to release their upcoming EP ‘Love’ mid-September.