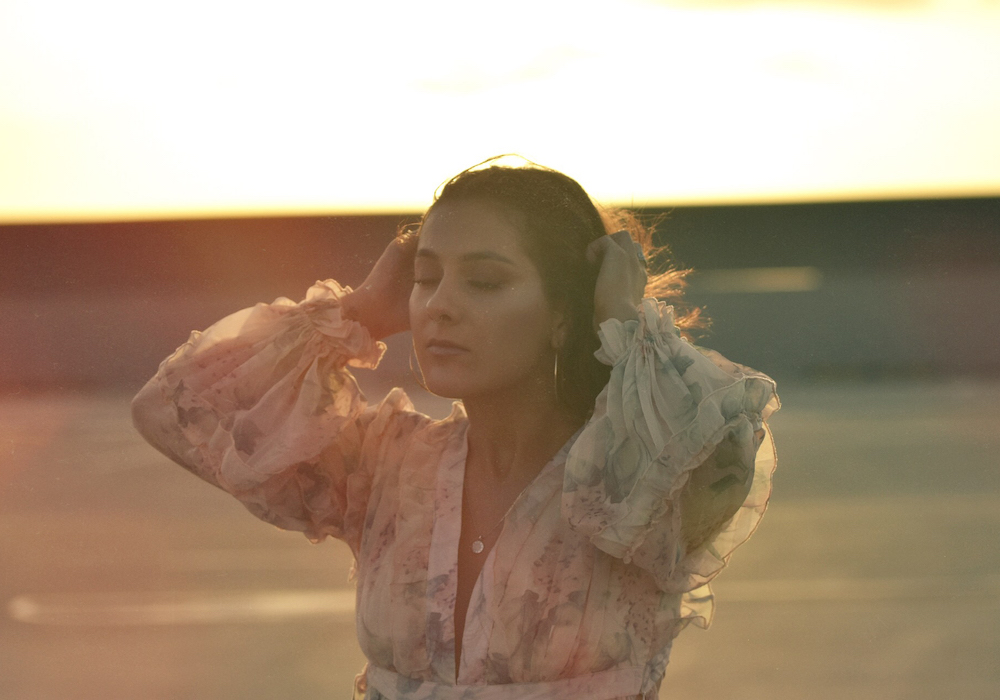 Melbourne-based artist Melissa Ramsay has just unveiled her ethereal debut single ‘Halo’ – produced and mixed by Hayden Jeffery (Woodes, Wolfjay). We had a brief chat to find out more.

Congratulations on your debut single! Can you talk about the inspiration behind this song?

Thank you! I started writing about this person being the devil in disguise but didn’t end up finishing that idea. It then progressed to just reflecting on who I was and who I’d been in my adult life and who I’d like to strive to be. I wanted to take a black and white approach to ‘good’ and ‘bad’ people; good people go to heaven and bad people go to hell. In reality, ‘good’ people do bad things too and those mistakes and poor choices don’t define you. I don’t believe people are inherently good or bad. Having a ‘rusty halo’ purely means that you’re imperfect and human.

Being a Melbourne based artist, do you believe it really has the best scene in the country in terms of music and culture?

I think Melbourne has an incredible music scene! In general, Melbourne is a lively place filled with art and culture. There are so many gigs and creative people about. I love catching a live show in Melbourne as I always leave feeling inspired and there’s always awesome artists performing. Each city has its own happening music hub, so I don’t know anything different, but I love Melbourne and love seeing Melbourne artists killing it!

You’ve collaborated with artists such as Just A Gent and Feenixpawl. Has this had a positive impact on you as an artist?

Absolutely! Both were amazing experiences that I learnt a lot from. I learnt a lot about how I write, a lot about myself and how sometimes (but not always) your first vocal idea is ‘the one’. I learnt to trust my gut a lot. Both Feenixpawl and Just a Gent are incredible musicians and producers and all good blokes too!

Are you an enthusiast for anything in particular?

Definitely coffee. Luckily in Melbourne, we have an abundance of coffee and cafes. I’m also addicted to skincare as it’s my daily form of self-care.

I’m going to see the Great Barrier Reef so I can tick that off very soon! I really want to do 6 weeks – 3 months in Italy at some point in the near future. That and hot air ballooning!

What does the rest of the year have in store for you?

I’m releasing a music video for ‘Halo’ which is exciting because it’s my first one ever! I’m also starting to plan the release of my second single so stay tuned!