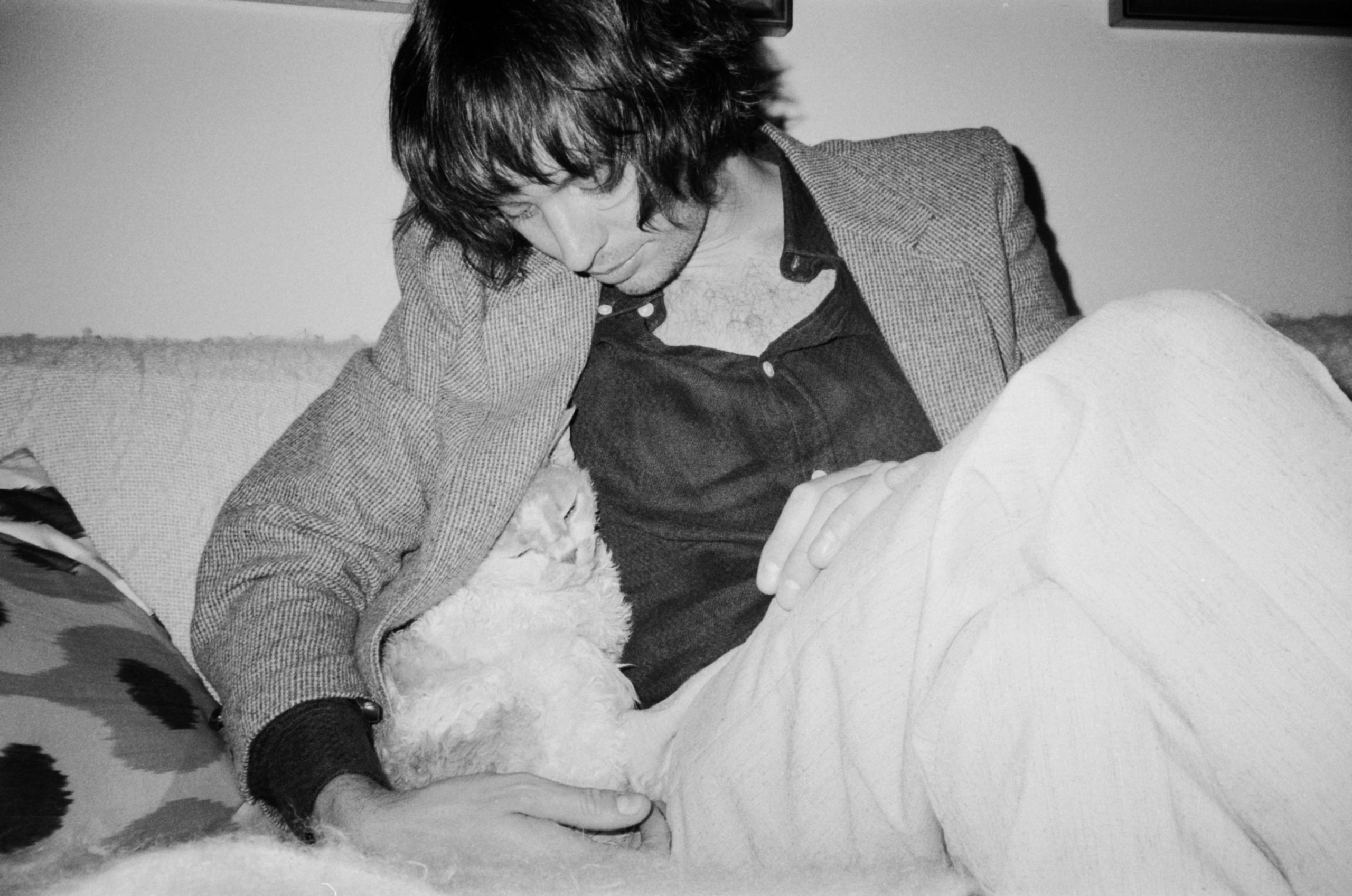 Won’t Let Go is Nick Weaver’s incredible posthumous record, a beautiful collection of 13 tracks that his friends, family, collaborators and more have helped release. I’d like to ask, as his mother, seeing the complete journey of him and the legacy he left.

How are you feeling now that the record is out?

After composing the music and lyrics, playing every instrument except drums and singing on multi-tracks, Nick recorded 13 songs and left guide tracks for drums and orchestra. He’d done 95% of the work. To complete the album were three drummers, LA’s Section Quartet orchestra, five Sydney studio engineers to mix and Electric Mastering in London to master the album. Pat Harris {Deep Sea Arcade and The Tambourine Girls} did the artwork and layout of the album cover and sleeve, Simon Relf helped with production all the way, and I directed the process. That team effort brought a magnificent album to fruition.

As his mum, I knew how talented and committed Nick was but had no idea of the breadth and magnificence of his work as a solo artist. He was so modest; he never big-noted. So now the album is out, I’m relieved, busy on the publicity, proud that all the reviews of the music are excellent, but all the time conscious of what Nick would be thinking. I believe he’d be very happy with the result!

It’s incredible to feel how inspired and proud you are about the work Nick has created. What are some tracks that stand out on the record to you and why?

Frankly, ALL the songs are stand-outs for me and choosing the preview tracks, then the album’s focus track were agonising decisions. ‘Cold Chills’ is hauntingly beautiful, and his musicianship is superb. I adore the romantic lyrics of ‘Won’t Let Go’, enhanced by soaring strings that reduce me to tears every time. I can’t get enough of the rollicking rhythm and sardonic poetry of “Without You”, the melody and messages in “Never Say” and “Shapes In The Dark”. I could rave about every song and never get sick of them. I can well imagine their evocative melodies in film and TV series scores.

How did Nick first get into music, and what are some stories you can share with us about him growing up and finding his passion in music?

Music was strong in our family, so Nick was brought up with the classics, including great rock bands. He took piano and theory lessons from age four, learnt jazz piano at seven, recorder, flute and piccolo from about nine. He played wind instruments in the school band and orchestra. But at age eleven, he found his music passion – an acoustic guitar he played exquisitely and was rarely separated from. His teacher soon introduced him to electric and bass guitar, which led to Nick co-founding Deep Sea Arcade, composing and recording with a school friend in his makeshift studio at home. While at uni, he started a covers band, Duck and Cover, playing at a Balmain hotel every weekend for seven years! After completing Year 12, Nick enrolled at the Australian Institute of Music. He majored in bass guitar, graduating with a Bachelor of Contemporary Music Degree with High Distinctions. By that time, he was session-playing and getting heaps of gigs, touring overseas and interstate, leading to Deep Sea Arcade becoming well-known globally.

What are you hoping are some key messages, themes and stories that resonate with listeners throughout the record?

The songs from ‘Won’t Let Go’ are from Nick’s heart and soul. I believe he wanted to convey clear messages that he saved for this solo album. Listen closely, and you will hear lyrics about true love, sincerity, happiness, relationship struggles, and loss, emotions that drove his creativity. There are also songs about people who constantly use others, narcissists and sociopaths who will never change, can’t be changed no matter how hard you try. “And these are things that I will never say to you. I don’t know why I would bother. In one ear and out the other.” Nick wouldn’t say it directly to that person’s face, but he certainly wanted to put these messages on the record for all time. He got a lot off his chest!

Thank you so much for chatting with us about the record. To finish off – is there anything you’d like to share about Nick and the legacy he leaves?

I’m proud as punch but wish from the bottom of my heart that he was here to take the credit, to hear people raving about the songs. It wasn’t meant to be this way, and to try to represent him, his intelligence, musicality and creativity, is difficult and humbling. This is a very special album that honours Nick’s life and leaves a beautiful legacy for all time. I dearly want everyone to hear It.