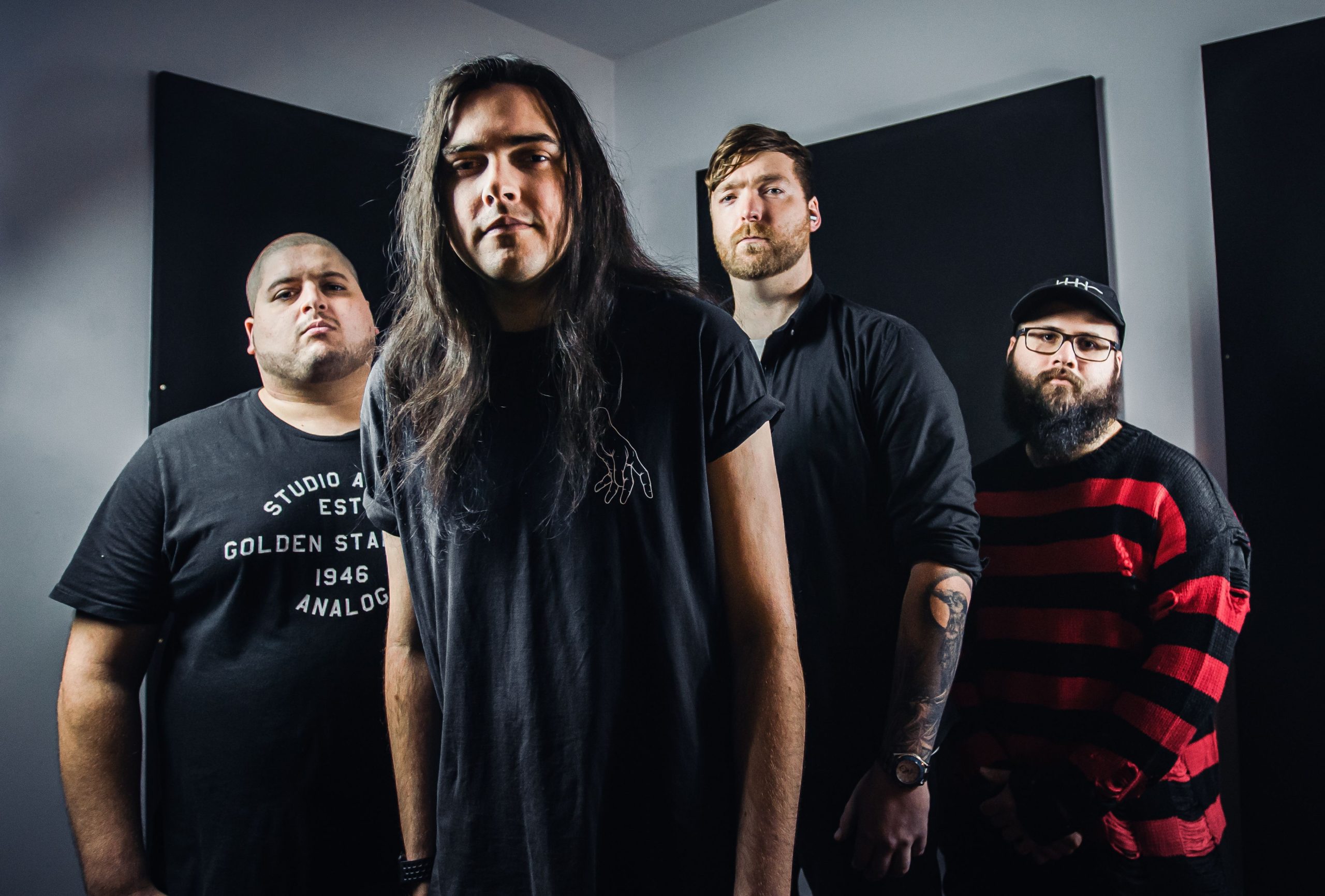 Hailing from one of the most isolated major cities in the world, Perth WA, comes independent metalcore group Patient Sixty-Seven, a band with a clear message of making heavy music with meaning. The band have recently released their new single ‘Damage Plan’, which may be  more heavy and more aggressive  than previous releases. In a world full of uncertainty at the moment, ‘Damage Plan’ explores being stuck in a toxic situation, fighting back and fighting to find a way out.

We caught up with vocalist Tom Kiely to chat about the track, the importance of not fearing failure, what’s next for the band and more.

Congrats on your latest single, ‘Damage Plan’, it’s a huge track. What was the inspo behind it? What does this song mean to you?

I think for me, drawing on that desperation and emotion behind being in a situation, whether that’s a toxic relationship or maybe an addition to something or an unhealthy vice or something that’s potentially holding you back and having a dialogue with yourself. Wanting more and waiting to find a way to get out, finding a way to fight back. I wanted to write a song in a way to capture that energy and turn it into a…almost like a cry for a better life and creating something that’s a bit aggressive as well. Whether you listen to the lyrics or you weren’t, it’s just having that aggressive energy to match the style.

I’d assume it’s super cathartic as well, and knowing so many people go through these things as well and just sharing that situation.

Definitely, and that’s what’s so good about music. As I’ve written more songs and done more experimenting with lyrics, it’s been a really good opportunity to use music and the lyrics as a vehicle for that.

I like how the song is a bit heavier, a bit more aggressive, was that a natural progression for you guys?

I think once the lyrics were coming together it did make more sense and we chopped and changed as the demo was coming to life and being fleshed out. I’ve said before, we don’t wanna be a band that gets too stuck in a box. We are, at our core, a heavy band and that will always be the case but we’re wanting to find new ways to bring new elements to our sound and new energy into the mix. So, I think we were looking for ways to expand and this song was a good opportunity to do that.

I love your slogan, “Heavy music with meaning.” What are some of those important themes and ideas you like to explore within your music?

For us, we just try to stay as authentic as possible. Not just in how we write our music but how we interact as well, we wear our hearts on our sleeves, we are who we are, we’re not trying to put up a front. And as for me as a vocalist and lyricist, I enjoy writing about topics that get me moved and get me emotional and the reason for that is because my favourite bands did that for me when I was growing up. Even the bands I listen to now, they draw on that emotional connection. So, I think theme wise, some of the newer stuff we’ve been writing has got a lot more diversity but it still links back to things that I’m passionate about, like overcoming addiction or dealing with an abusive or toxic relationship or dealing with negativity in your life and finding ways to fight back. And I think we balance that line between being reflective and responsive in a sense like how do I get through this and why am I in this situation and looking back at how we got here, how do we move forward and that’s how I roadmap our songs, trying to bring listeners on a journey.

As a vocalist, how do you think you’ve evolved over the years?

That’s a good question, I think for me it’s been more about never getting too comfortable in what I do.  I think over the journey I’ve definitely been lucky to be in a band that allows me to flex my creative muscle so to speak, looking for new ways to use my voice, different styles of screaming, expanding to do more singing which I’ve loved doing over the last few years and I think that’s probably the biggest change. Three years ago if you had asked me if I’d be singing in any band let alone this one, I’d say no way. Over time I’ve gotten more comfortable and I guess being more and more prepared to take risks with writing and trying new things and not being afraid to fail.

Growing up, what was your musical experience like? Were you around a lot of musicians? Did you always know you wanted to pursue music?

I love that question actually, I didn’t to be honest with you I was a little bit of a late bloomer. I do like telling this story because I feel like people feel like they need to be on a certain path and that there’s only one way of doing things but there’s not. When I was in my later highschool years and getting into heavier bands and pop punk bands like Blink 182, All Time Low, and Boys Like Girls, that was my first connection to alternative music. As I studied in year 11 and 12 I never got the chance to play an instrument. Then I went to uni and it was only in my last few years of uni that I was like why not? I’d love to be in a band. I can’t play an instrument so what can I do? I listen to a lot of metal so I can probably pull off screaming.

This band is my first proper project so I’ve learnt how to fail and make mistakes and it’s been really organic, taking one step at a time, making every mistake in the book and it’s been a journey. It really was about a slow discovery and I think that’s really cool. I have people in my family who are musical, but I haven’t come from a musical immediatefamily, it’s just something I found that I fell in love with and decided to pursue when the time was right.

I back that 100% I didn’t finish school, I dropped out of uni, I did my own thing and everything turned out ok.

And that’s so important for people to know. I think people are becoming more in tune with that and realising that there’s not one way to do things, everyone can have their own journey. I feel like in music, or in more niche careers, people sometimes have that perception that there’s only one way to go about it and that amazing I love that, but for me and I know other musicians, you can find vocations at any age and any time and you don’t have to get it right straight away. It can take many years of failing to get anywhere in music so I’m really proud of that, I wear that with happiness.

On social media, I see that you spread a lot of positivity and good vibes. What advice would you give to any young musos out there who may be apprehensive due to the uncertainty of the future of live music?

Another good question, I’d probably just say you don’t have to fear failure. I think at the end of the day, for our band and what’s worked well for us, we’ve just tried to control what we can control. If you’re passionate about music or another career that’s been impacted by the way the world is, I would just say do everything in your power to make it happen. So maybe you can’t play live shows in your city at the moment, but maybe you wanna network with people online and find people who like similar music to you, write some music, you can learn online, you can still pursue your passion in other ways. Our band has only played one show since the pandemic hit about a month ago, and I’ve never been more busy with music in my life. So while COVID is still a part of our lives, there’s still other ways you can love and be involved with music, so when things clear up you might be better armed than ever to take on the world. I think it’s just about framing it the right way.

What are some short or long term goals for the band for the future, and what’s next for you guys?

Short term, just trying to take each release as it comes, each month as it comes. I’ve been really bad at this lately, but it’s a good reminder now to myself, just to stay present, not take anything for granted and enjoy the journey a little bit more. And to relish the opportunity to talk to great people like yourself who are looking after music and spreading the word and enjoying the journey and whole process. I think long term is to put out a record in the future and just make that successful as possible and work with more great people in music. I mean I’d love to say tour as well,  just hoping that things get to that stage. I almost don’t wanna get too excited right now. Even just as a fan, just to be able to go to festivals and stuff too in the future.

You can check out and stream ‘Damage Plan’ here.