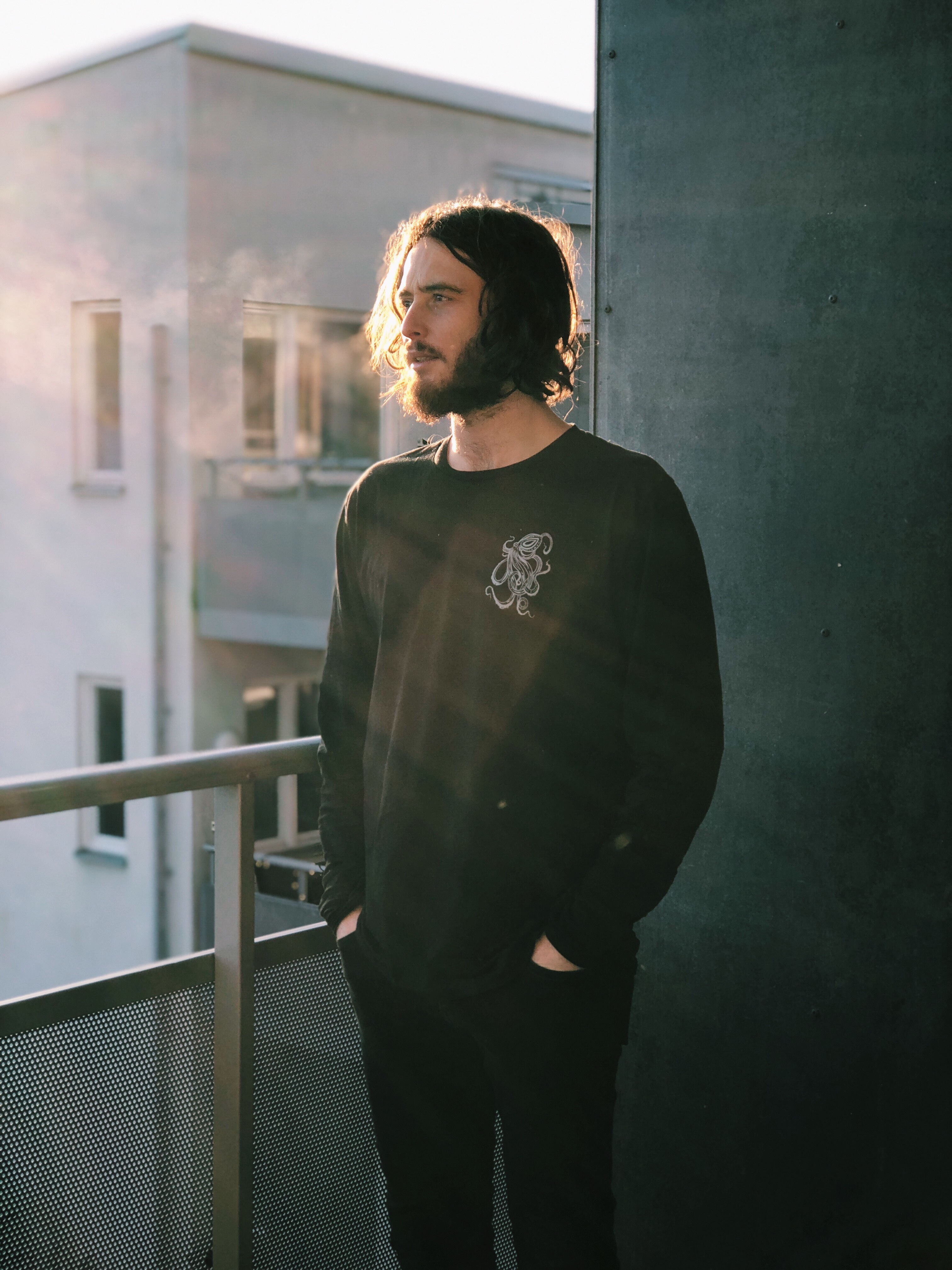 Congratulations on your debut single! Can you tell us the inspiration and influence behind this song?Thanks so much!! Yes, the song is about life, friendships and relationships slipping away over time. It’s serves as a reminder to find the time to maintain those relationships and be careful not to lose yourself in this fast-paced world of too much work and not enough living.

What’s your favourite thing about Sweden?

I’m going to have to say my two favourite things about Sweden! Firstly, snowboarding! I had the chance to go a couple of time’s in New Zealand and it was so much fun… But now I get to go on trips every year. It almost makes up for the lack of surf!

Secondly is the Swedish summer. Months of darkness turn into months of sunshine! Everyone is frothing! It’s so much fun. Especially midsummer, that is the longest day of the year in Sweden, you see the sun set and before it gets a chance to go dark the suns coming back up again. This year I had my brother and friend over to join in with the crazy Swedish songs, dancing around the maypole, lots of herring and too many snaps!

Was there a catalyst moment that led to you picking up the guitar and deciding this is what you wanted to do?

There had always been guitars around growing up, especially when I was around 18. A lot of my mates are amazing musicians, so quite often we would all hang out and jam. Although I was either playing cornet or attempting the drums haha! They taught me a few chord shapes that I could mess around with. It wasn’t until the last few years I began singing and song writing, I wrote my first full song in Sweden around 2-3 years ago then once I was back in Australia I showed my friend Matt Gresham who has been selling out shows around Australia and overseas for years! And being the great friend that he is, he threw me straight in the deep end to support him for my first ever gig singing and playing guitar! I mean I had not sung in front of anyone apart from my girlfriend and him haha… ten beers later still super nervous I got up to play my two covers and one original after that I was hooked!

You own a sustainable clothing company called True Threads. What inspired this?

Since growing up in Western Australia I have always been close to the ocean, so taking care of the environment has always been important to me. Once my girlfriend and I started talking about sustainability we felt like we wanted to do something. We all know the word “sweatshops” although maybe not how bad it really can get. Once we looked further into this and started researching more about the clothing industry, it was a never-ending spiral of unfair working conditions, pay below living wage and shocking environmental impact!

Our sustainable clothes are a part of the Fair Wear Foundation, carry many badges and are 100% organic or 100% recycled. These products together with an active and creative lifestyle is what we want True Threads to represent; we want it to be easier to choose sustainable products. You can read more at www.truethreads.se

I would have to say anywhere but Sweden! Haha… No, Indonesia for sure! My friends and I have been to Bali many times it is crazy good but also super crowded. My brother and I went on a surf trip to South Sumatra a few years ago and that was probably the best surf I have ever had! Also not too crowded and still super warm, cheap and most of the locals are friendly, apart from the kids running around flipping off every tourist and breaking into scooters haha!!

Can we expect more new music from you later in the year?

Yes! I am working on some songs right now! And the next one should be dropping in the coming months!!