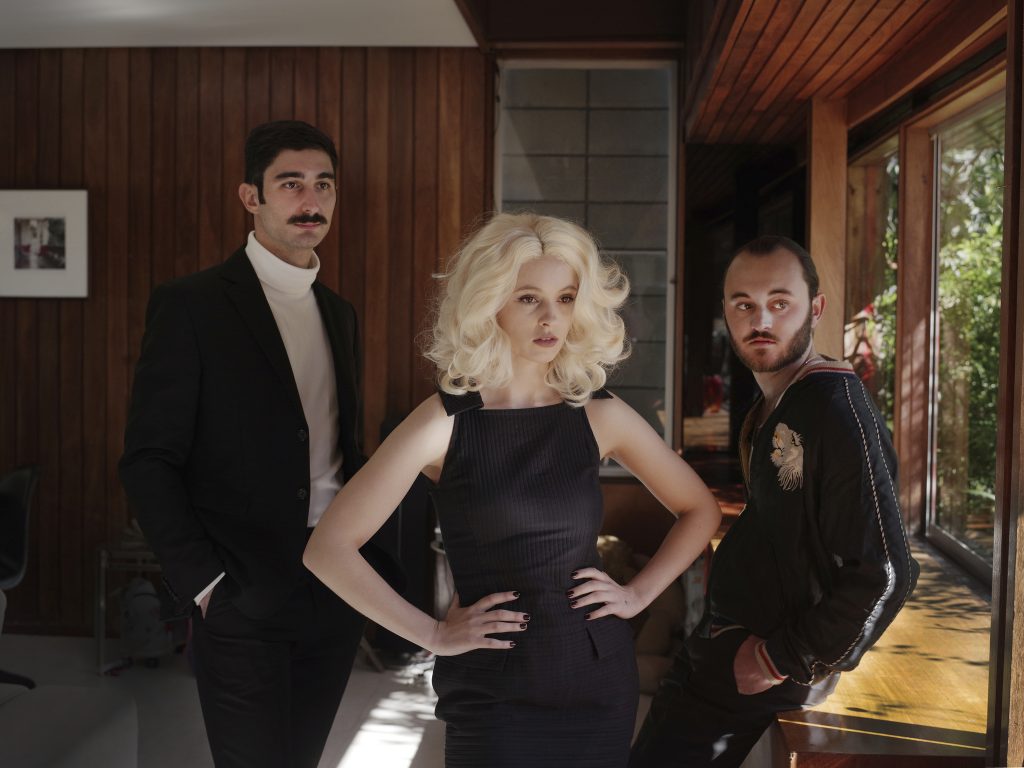 Following their most recent single release, we caught up with home-grown honeys San Cisco to chat about their long-awaited album coming out just next month.

Congrats on the latest single ‘Messages’! There’s a real juxtaposition between the light-hearted sound of the track and the lyrics… can you tell us a bit more about the story behind it?

Thank you! Yeah, we have always loved to do a bit of juxtaposition in our songwriting. It’s a product of my sad songwriting and Josh and Scarlett’s love of pop music. Basically, Scarlett has never been good at responding to messages, so I thought I would write a song inspired by that. When we decided it would be better if she sang the song, I had to come clean and tell her what my inspiration was. She then changed some of the lyrics to reflect her annoyances about me- for which there are many…

The band’s been together for an impressive amount of time now! Have you gone through any big changes in the group dynamics and creative process over time?

It’s been nearly 10 years! Yeah, we have definitely gone through some huge changes as a group. I guess going from a four-piece to a three-piece around 2014 and then being public about that only last year was a pretty big transition. Creatively, one big change has been our ability to record ourselves which in turn has given us a lot more freedom in the way we write and produce music.

Since this new album ‘Between You and Me’ has been in the works for a couple of years, do you find the tracks kind of run like a timeline, with one song encapsulating a certain period? or are they more of an intertwined collection?

Yes, each song for me is very much a time capsule of what was happening in my life at the time. I actually wrote Flaws about 5 years ago but didn’t record it until we got in the studio for this latest record. My life was very different 5 years ago….

Obviously things are pretty tough at the moment in the music industry, how have you guys and the upcoming album been impacted by what’s going on?

We pushed the release back a little bit in the hope that everything would blow over pretty soon, but it quickly became apparent that wasn’t going to happen- so we just went for it. I worry that not being able to tour our new releases will affect how much they get across to our fans, but I think we just have to take it for what it is and put our energy into other ways to engage.

Despite the situation, have you guys found any silver linings/surprising positives during this time?

We have been very lucky and privileged here in Western Australia that the virus didn’t really get out of hand and is now almost non-existent (for now) so we have relaxed many of our Covid restrictions and the only cases have come in from overseas and are quarantining in a hotel. So apart from the effect that Covid has had on our touring, we have been having a nice time. It’s been a great chance to slow down a little.

You’re well-known for your fun live performances- what can we expect to see from you guys once you can resume shows?

‘Between you and me’ will be out on September 4th, in the meantime be sure to check out ‘Messages’!