Interview: Synge Tell Us About Their Latest Single, ‘Refract’ 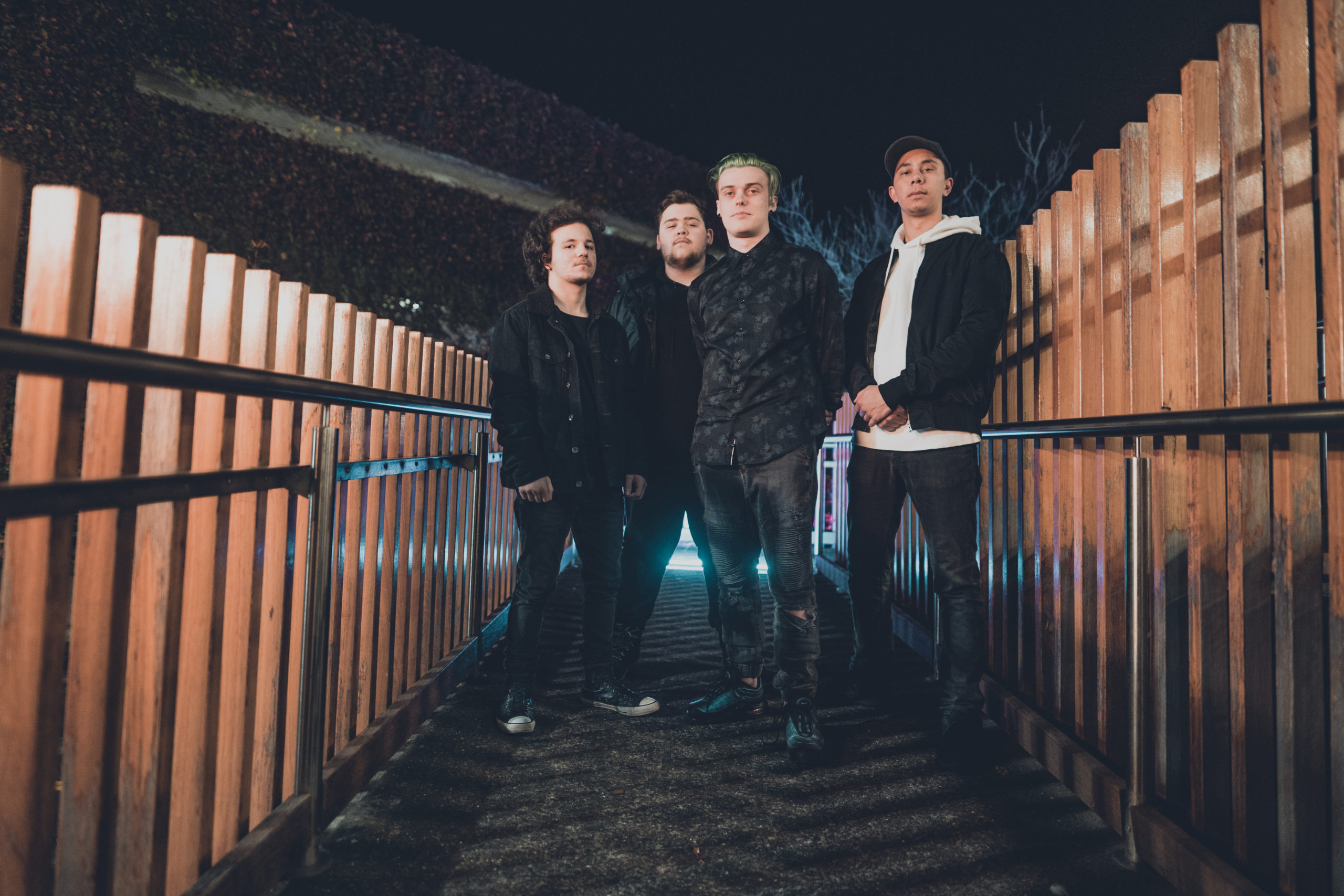 Sydney-based metalcore group Synge have just revealed their titanic debut single ‘Refract’ – produced and mixed by Mark Williamson (Inertia, Far Away Stables, Closure), with drums engineered by Chris Blancato (Northlane, Arteries, Bare Bones). We sat down with Ethan from the band to find out more about the new single and more!

Congratulations on your debut release! Can you tell us the story behind the song?

We started writing Refract during the first COVID lockdown in Sydney, doing video calls to lay down the ideas for guitar and drums. I started working on the vocals with a relatively finished track. To keep it simple, it was a very difficult time for us emotionally, physically and mentally, as I’m sure it was for many others. The beauty about this heavier type of music is that it opens a whole new range of emotional expression, typically in the realm of angst and frustration. Which is where we really felt emotionally, so I wrote with the concept of a progressive dichotomy of a person’s hatred, from extrospective to introspective in mind. Basically, a dialogue between ourselves ‘I’ and the world in which we are situated ‘you’, the whole purpose of the song is to communicate how frustration can turn from being focussed on the issues and the problems you see in the world to hatred of yourself for existing in such a world.

Tell us how you all came together to become known as Synge. How did you all meet? What was the catalyst to starting this project?

We’d all spent most of high school in assorted musical projects and jamming with different people, our journey started as a garage project; practice amps, cheap PA, electronic drums, annoyed neighbours but the passion for heavy music was there. We met through shows and mutual friends and proposed the idea of committing to recording and playing music in roles that we were passionate about (instead of a band with 5 guitarists). We rented a storage unit in Auburn, playing typical metalcore covers and composing some original demos that we used to get some practice in a live setting. We felt like we had great synergy and have continued to evolve musically and as people together to produce tracks that we are overwhelmingly proud of.

What are your most important values when making art?

I personally become very invested in what I make, which can make me hard to work with because I’m incredibly stubborn in achieving a vision. Being in a band is a very multimodal artform, from elements such as our live show, recorded music and videos it is most important that we make something that is unique and is also significant to us. At the end of the day, we’re here to impress ourselves and hopefully make music that is super fun to perform live, hopefully in doing that there’ll be someone who resonates with what we have to show.

What are your favourite pastimes / hobbies away from music?

I’m currently studying a Bachelor of Economics and Bachelor of Media and Communications at Macquarie University. Between this, work, and the band, there isn’t a heap of free time. However, and I think I can speak for the band here, video games are always super fun, whether that’s together or apart, that’s pretty much where the rest of the time goes.

Can you tell us what’s on the horizon for Synge?

We’ve got a bit of new material that we have been sitting on for some time now, so hopefully more new music and plenty of shows to back that up. All of us are dreaming big with this project and are devoting everything we’ve got to be able to show our music to the globe.