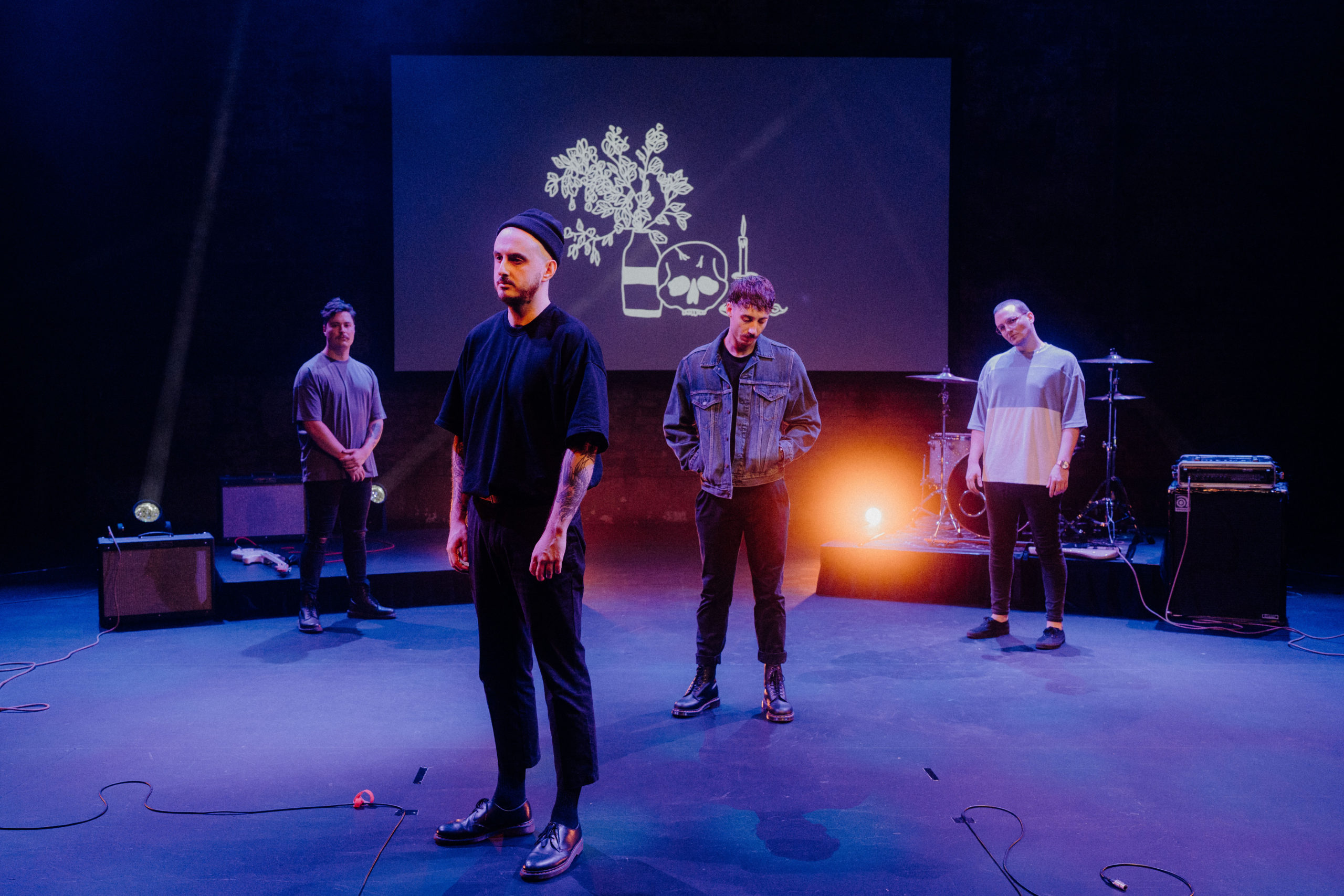 The Comfort have just released their latest single ‘Supernova’ featuring  AJ Perdomo of The Dangerous Summer. The third single from their upcoming sophomore album “Experience Everything. Live And Die,” produced, mixed and mastered by Jimmy Alexander (Awaken I Am, Slaves, alt.) and will be released on November 11th via Greyscale Records.

After an indefinite hiatus back in 2019 almost put an end to the band all together, 2022 bears a refreshed and rebirthed version of The Comfort that are here to stay.

We were lucky enough to get some insight from Dom Harper (vocals/bass) about the upcoming  album, their comeback and more.

How did you come up with the album title and concept for Experience “Everything. Live And Die”?

Throughout the whole lyrical process, Liam and I were discussing the importance of “Experience” and how the word kind of encapsulates everything from individual experience, to how we interpret the world, to specific events. We both had written a few songs that really focussed on very specific moments in time, individually, like ‘Love Is A Dying Plant’, ‘You’ and ‘Supernova’ and had also both written songs about the human experience, like ‘Conformist’, ‘Begin Again’ and ‘lovechangehopepain’. Liam came to me with two separate titles for the album ‘Experience Everything’ and ‘Live and Die’, I then combined them and took half the credit.

What was the inspiration and meaning behind new single ‘Supernova’ ft AJ Perdomo?

For me, ‘Supernova’ is about living consciously. It’s about really leaning into who you are and not compromising it even in the face of adversity. Liam actually wrote 90% of the lyrics to this one, so I won’t pretend I knew his mindset completely and instead I’ll share what he wrote for the press release, because I think it’s perfect.
“Our culture constantly encourages avoidance of the negative. It teaches us to seek safety, pleasure and comfort at the expense of growth. How can you learn from your past if you try to forget it?

I’ve learnt you need to sit with every experience in it’s totality, lean into the void and feel everything you can. This is the only way to grow.

While the title and lyrics nod to Oasis, it’s also a metaphor for the collapse of one thing leading to something new and beautiful.”

Which elements of your sound do you feel you’ve developed the most on the new album?

Going on from what I said about ‘leaning into who you are’, I think that’s actually exactly what we did. We have always spoken about the importance of honesty and being real in music and for us, that means writing whatever we want to at whatever time. So instead of trying to write what we think fans would want to hear, we leaned into our strengths and leaned into whatever the song felt like it needed when writing. We have songs where it felt like it needed something high energy and screamed and then there’s songs where half the chorus is in falsetto. Polar opposite in vocal timbre, but they’re on the same record and I think they fit. To answer the question more directly though, I feel we developed the way our writing services the song. We managed to make everything more cohesive than in the past and bring the drums, guitars, synths and vocals all working together for one goal.

You had some time on hiatus and considered putting an end to the band, what changed your minds?

I guess our hiatus and time away was in some senses a refresh or a rebirthing of The Comfort. We realised that we love what we do, love writing and playing music and wouldn’t trade that for anything. It’s far too easy to be jaded and bitter toward the music industry when things don’t fall in your favour, but I think that’s probably the lazy way of thinking. In our time off, we really fell in love with the process of music making again and we’re here to stay way past this record.

Why did you start making music, what sort of message are you trying to get across if any?

In some sense I never really felt like there was another option for me. I have to make and play music and it’s so core to who I am and who I’ve been since a young child that a life without making music doesn’t make sense. Our message has always been to be as true and honest a version of yourself as you can be. We want to inspire people to be loving, compassionate and creative and constantly strive to better themselves.

Will there be any shows coming up?

Yes! We are heading back out on the road with our friends in Terra and Wolf and Chain in September.