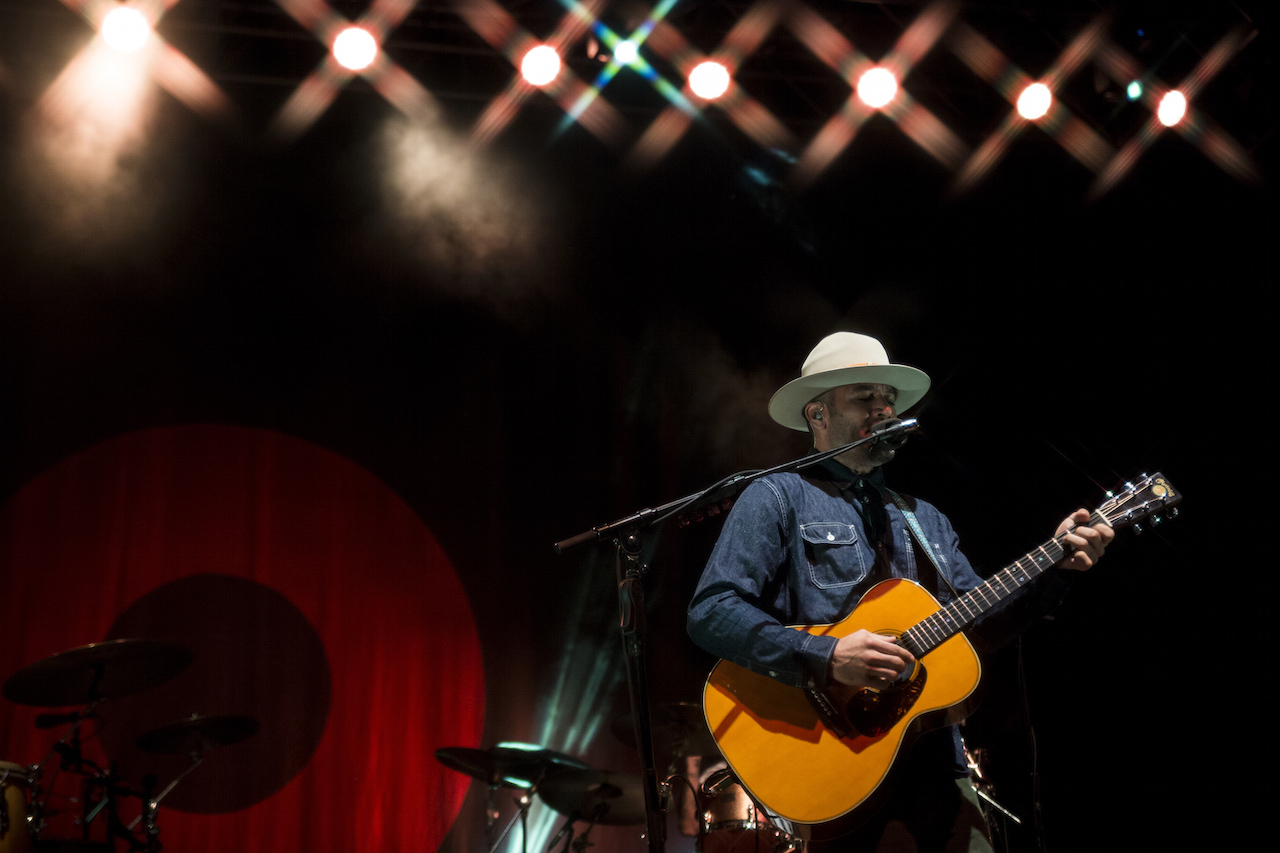 I don’t know what I expected, it was over 20 years ago that Ben Harper released his first two glorious albums ‘Welcome To The Cruel World’ and ‘Fight For Your Mind’. As an impressionable teenager, I found his political leanings identifiable and gentle acoustic strumming the sort of thing that could give me some Venn diagram overlap with the ladies. Problem was that I was the sort of person who talked about Venn diagrams and unashamedly adored KoRn.

These days I associate Ben Harper with backpackers and hippies. The sort of music that’s inoffensive enough to be played in the background pretty much anywhere, but with enough idealism in the softly delivered vocals to give someone something to sloganeer with, “Yeah, people are putting pollution in the air! That’s a bad thing!”. When the competition is Jack “Sing-A-Longs” Johnson, you can understand why Ben Harper is the voice of choice.

I was surprised to hear Ben was playing Brisbane’s Riverstage as none of his most popular tracks on Spotify having been released in the last 10 years. I was concerned the attendance would be low enough as to be awkward, but then remembered the grassy bank which people could sprawl their picnic mats out over and realised that this was the perfect venue for Ben. Say what you will about the guy, but he evidently knows his audience. 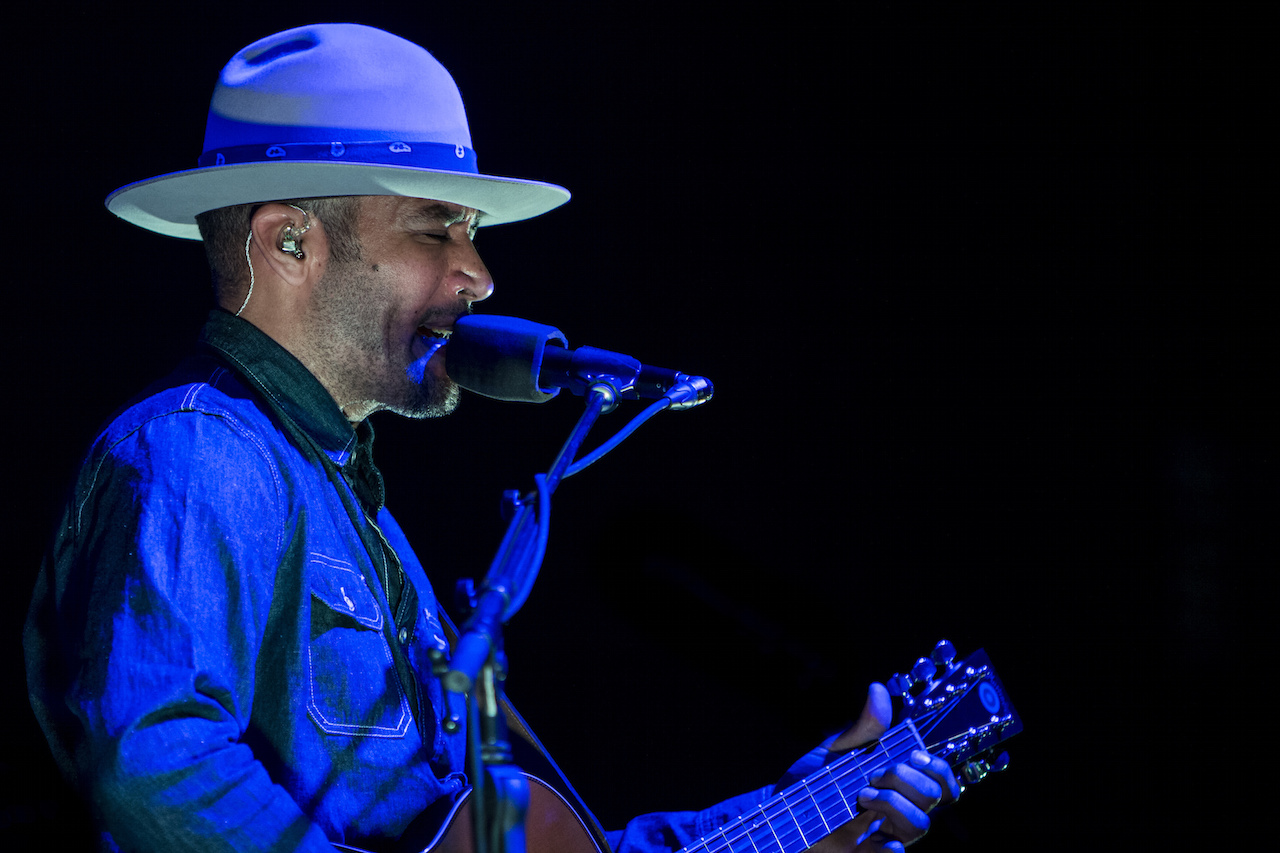 Sure enough, as I arrived I saw almost every space on the grass taken with a giant space still on the concrete at the front moments before Ben took to take the stage. Without a word, his 6-piece band broke into the crowd-pleasing Oppression, the opening number from ‘Fight For Your Mind’.

Though I couldn’t put my finger on it at the time, I realised pretty quickly that something was not right. The understated original which combined the simple elements of an acoustic guitar, wary vocals, and minimal percussion had been replaced with a bombastic arrangement filled with effects drenched guitars that sounded more like a U2 cover.

Ben Harper doesn’t have the most dexterous voice. His greatest moments are where he plays to his strengths, stripping everything back to the raw basics and delicacies. Unfortunately, none of his recently reformed backing band the Innocent Criminals seemed to realise or care about this. One of my pet hates is when a song gives way to a single instrument solo, the musician massaging their ego as they let everyone know how many scales they know or how many drums they can hit at a time. Sure enough, as each solo ended the crowd roared as is custom in these circumstances, while I just wondered when they were going to end… 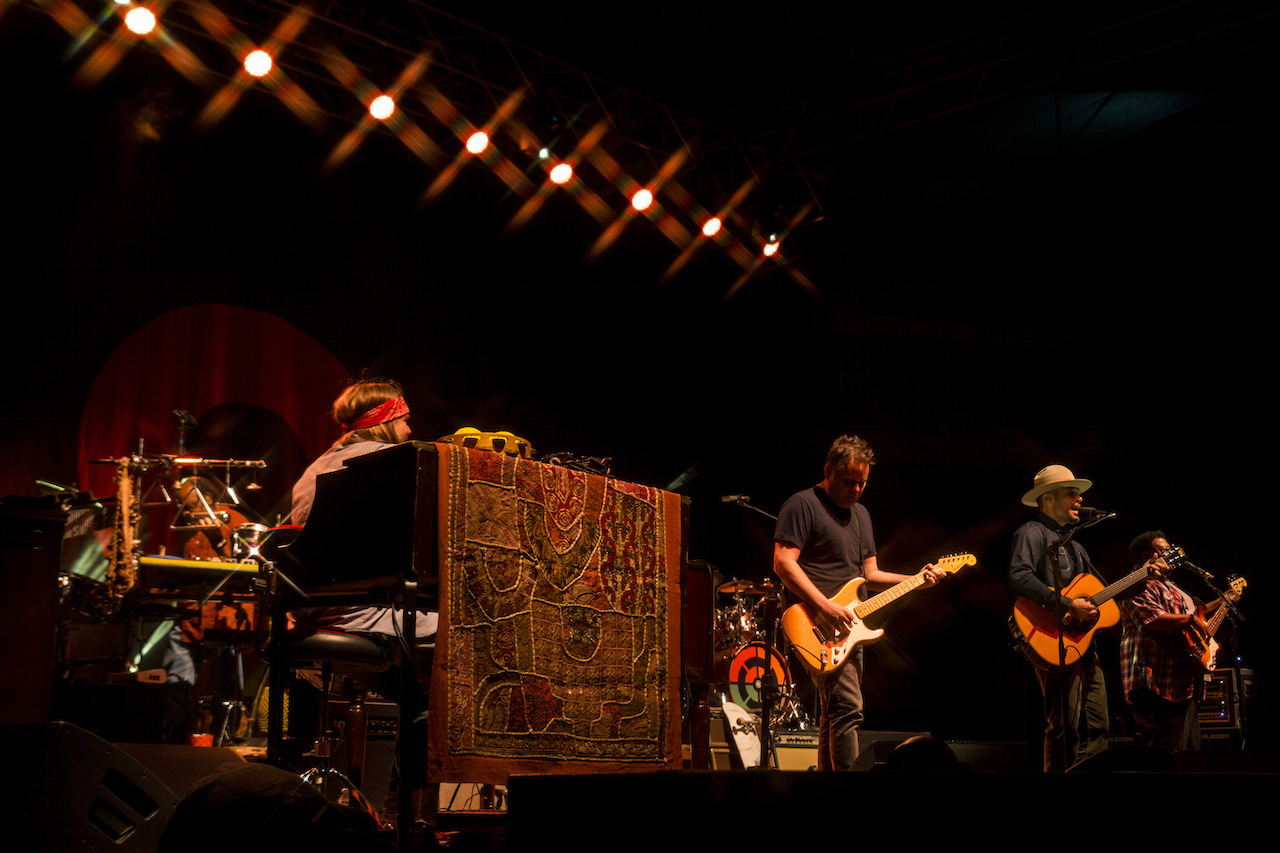 Early during the performance Harper said “I love you Ben Harper? You’ve gotta give these guys some love too, or there’s gonna be trouble backstage”. At the time I thought it was a light hearted joke, showing the humble side of Harper, but as the set progressed with each band member adding unnecessary layers to each and every song, I wondered if this was genuine fear.

The Innocent Criminals standing backstage post show, socks filled with soap bars in hand, ready to show Harper what happens when they don’t get enough solo time. “How come Juan gets to rock out a cover of Them Changes by Buddy Miles and I get nothing?” shouts keyboardist Jason Yates as the sock comes down. I fear for Mr Harper amongst these so called Innocent Criminals…

As each song meandered on, the solos and blues rock wanderings got exponentially longer. I’m not exactly sure how long the distorted tones of Faded went on for, but by the time they kicked into the chorus again to finish, I’d completely forgotten what song was being played in the first place. At this rate I was concerned that the set may not finish until 2018, the grass slowly dying beneath the array of picnic mats as the doors are locked. 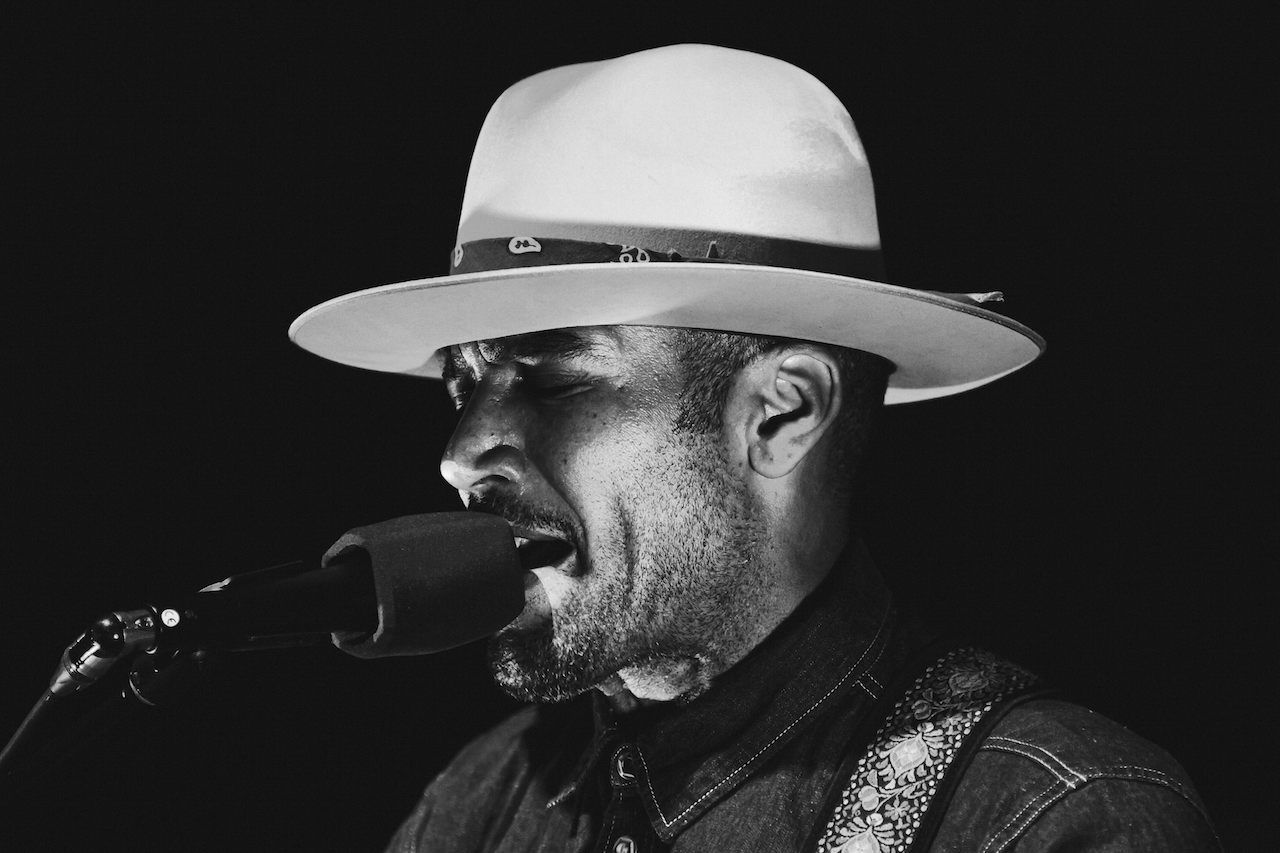 Despite these thoughts, it certainly seemed I was in the minority finding this whole set so tedious as there were many among the crowd, particularly those piled at the front who swayed to the music with religious fervour. White limbs flowing with the smoothness of the sounds of Harper’s slide guitar.

However, there were also a number of people barely paying attention and talking so loudly they drowned out any moment of subtlety during a touching rendition of Morning Yearning, which was dedicated to its deceased accompanying music video star Heath Ledger.

Though it’s clear this was not one of my favourite gigs to have attended, there was a reason why I went and it’s the same reason I’d go see Harper again if he was performing alone. He may have forgotten, or not care about what it is he does best, but he’s evidently doing this because he loves it, and above all else that’s what matters.

After all, he’s flying around the world rocking out to appreciative crowds, and I’m just sat here jealously wondering how big his carbon footprint must be these days. “The pollution in the air, mister/ Who’s could that be?”, as long as you’re happy Ben.