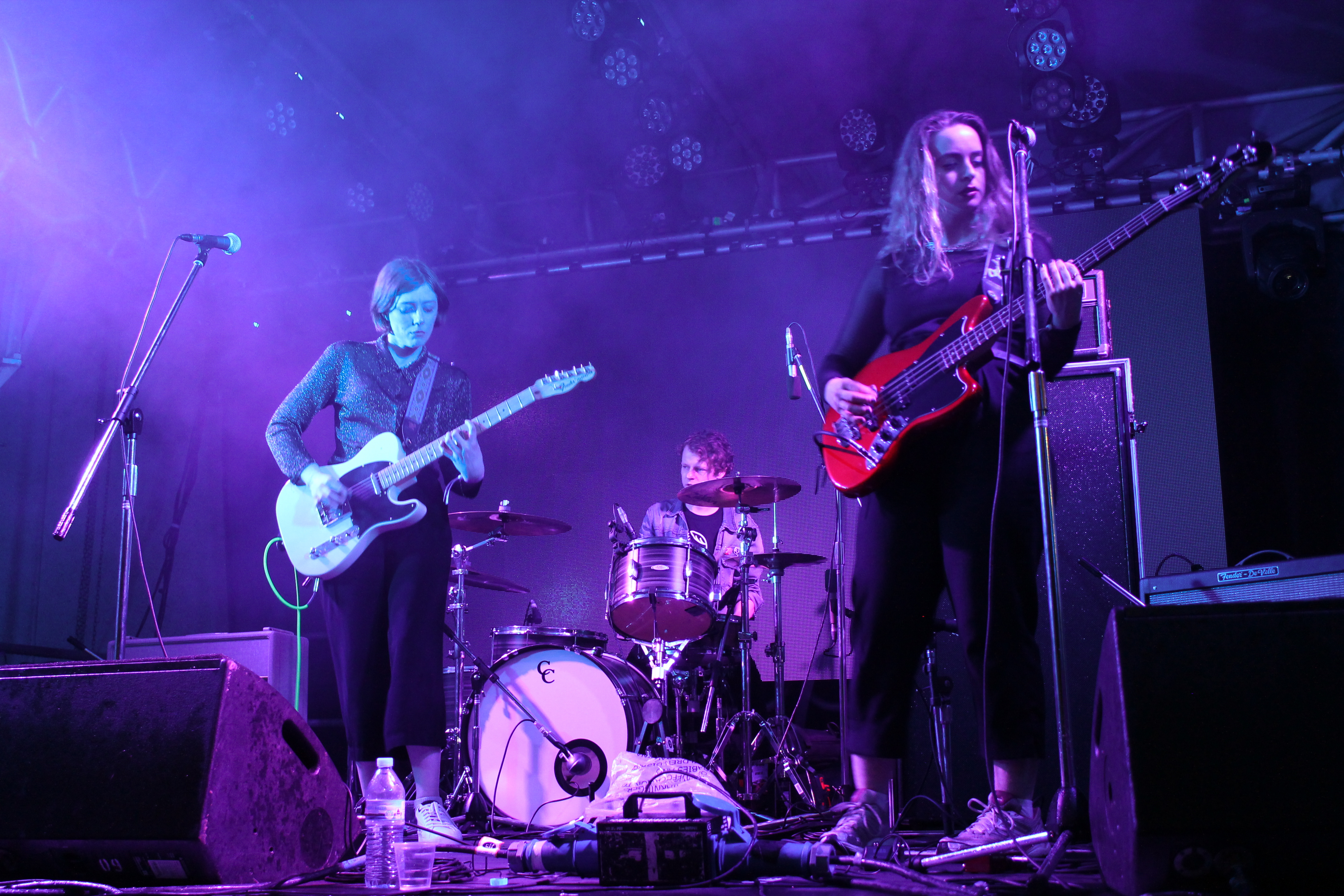 As Bigsound 2018 opened on a rainy Tuesday night in Fortitude Valley, the streets filled with people eager for latest installment of Brisbane’s most happening music and industry festival. Dozens of up and coming artists would play the various venues around the Valley for the next three days, with this years’ lineup sporting both big names and newer faces on the scene.

Faced with an overwhelming list of options, we decided to head first to The Zoo, a staple venue of the local music scene, to catch punk rockers VOIID’s set. Upon arrival it became clear that many others had the same idea, with a healthy crowd of at least 100 gathering in front of the stage. VOIID began their set loud and heavy, and from there this didn’t diminish. The group’s sound was akin to more classic punk rock outfits à la the Sex Pistols or Black Flag, and the guitar tone and frequent song breakdowns also suggested a heavy metal influence within the band. The all-female group’s lyricism, belted out by the wailing vocals of the singer, often highlighted a sense of self-awareness at their uniqueness in being an all-female band. However it was the music behind these vocals that impressed the most. The guitar, bass, and drums were tight and rhythmic (an unusual occurrence for punk), with the lead guitarist shredding through plenty of punchy guitar riffs.

With VOIID finished up, we headed to the Valley Drive In (usually the car park of The Brightside) to check out Bugs, one of the more talked about up and coming rock bands. Although the rain began to fall more heavily by this point, the strong numbers that showed up to see the band seemed undeterred. The alt-rock three-piece, also from Brisbane, began playing through their brand of punchy pop-punk numbers. The singer and guitarist attempted to G the crowd up between songs, and portrayed the vibe of a loose Aussie larrikin. This carried over into their songs, with one chorus memorably being about “sinking gold tinnies.” The bass player, perhaps attempting to channel Flea, was shirtless for the duration of their set, clearly shelving any fears about chill from the rain. Whilst Bugs music wasn’t anything particularly new, the crowd seemed to be into it, and so it will be interesting to see what the future holds for them.

Following these two energetic rock acts, we dipped out to The Elephant Hotel to see one of the hottest new hip hop artists, Kwame, whose music has been doing the rounds on triple j recently. Despite being in a relatively smaller venue (the beer garden had been converted into a stage) this set definitely had the most hype of the night, with the crowd area almost completely packed. Brisbane’s hip hop scene had come in force to support the promising Aussie artist. Seemingly drawing energy from the crowd, Kwame jumped around the stage whilst rapping, with bass heavy instrumentals and a supporting rapper providing a good backdrop to this display. The rapper chose to play NO TIME, his newest and perhaps best known song, early in the set, setting a good foundation. Unfortunately, little can be said of the wordplay or lyricism of the songs, as it was difficult to understand the vocals over the heavy bass, and perhaps the outdoor setting impacted this as well. Nevertheless, Kwame proved in his short set why he is one of the most hyped hip-hop artists in Australia currently, leaving fans wanting more upon conclusion.