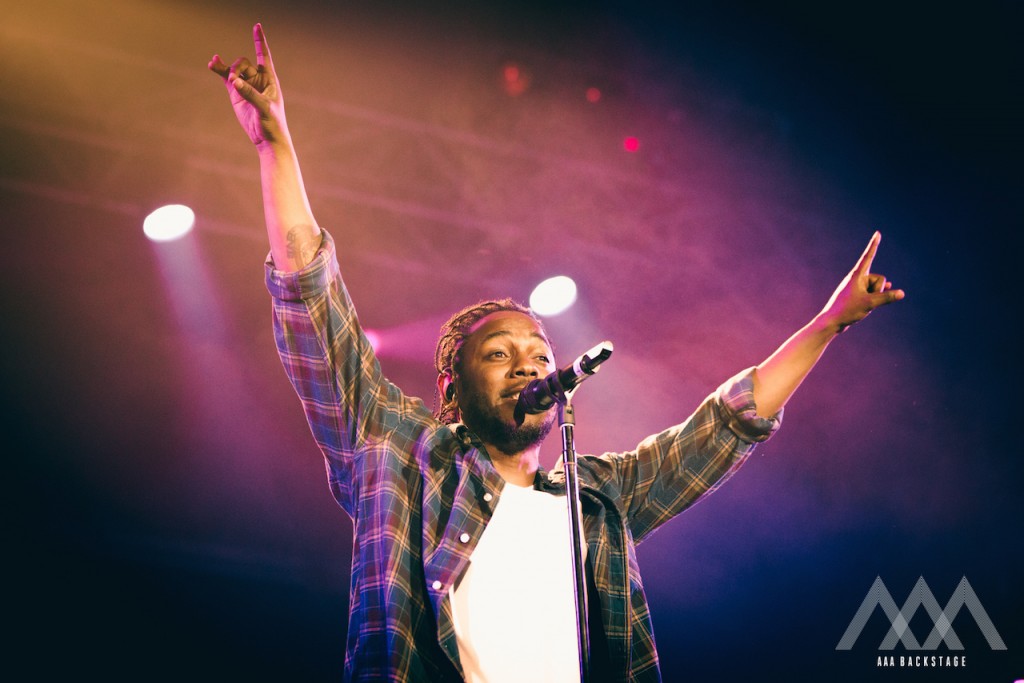 Festival season has arrived. And not just with any festival —this year’s Bluesfest lineup, arguably the most controversial to date, had promised contemporaries Kendrick Lamar, D’Angelo, and Modest Mouse in addition to the usual roots-themed archetypes. While some argued a Grammy winning hip-hop artist didn’t belong in the cosy festival grounds just north of Byron Bay, NSW, those who made it to the first day of Bluesfest simply couldn’t argue with the decision. Day 1 couldn’t have been more packed with a better selection of soul, funk, and jazz.

Emerging indie quartet Kaleo kicked Thursday off with soaring vocals at the Delta stage. Hailing from Iceland, Kaleo gave no introductions and instead chose to head straight into their wondrous, bluesy number, “No Good.” Kaleo’s strengths lie on their dynamic vocal, thematic, and lyrical range; while “Way Down We Go” and “Vor í Vaglaskógi” are confidently quick-paced and deep-throated, sounding eerily similar to contemporary Black Keys, their magnetic number “All the Pretty Girls” is as slow and transcendently haunting, if not more so, than a track from Bon Iver’s For Emma, Forever Ago. The greatest thing about Kaleo’s Bluesfest set? If you missed it, they could see them again every day after that.

Fueled from the energy of Kaleo’s performance and my fellow Delta-tent audience, I cruised through Day 1 in a drunken, blissful daze. The afternoon line-up did not disappoint; Tweedy left his audience speechless at the Crossroads tage and Kamasi Washington’s saxophone-drenched tunes hit right to our funky core. As the sun began to set, I became increasingly aware of the massive effort put forth to sustain such a cultured and thoughtfully composed festival. During an era that has seen tremendous losses for Australia’s festival industry, Bluesfest has continued to prevail not only through its provocative lineups, but also in its cultural and environmental awareness. With food and craft stalls hailing from local vendors, vegetarian and vegan-friendly options, free water stations, and a consistently prevalent stock of recycling and compost bins, festival-goers could feel assured that their attendance was guilt-free.

Just as impressive as Bluesfest’s environmental consciousness is its cultural integration. Thanks to this year’s collaboration with Boomerang Festival, the Tyagarah festival grounds held dance sessions lead by the Aboriginal community that were as informative as they were beautiful to watch. Boomerang festival made it possible for festival-goers to learn more about dance, weaving, carving, and drumming within the aboriginal culture, promoting a positive exchange between indigenous and non-indigenous patrons. Truly a festival as much about music as it is about arts and culture, Bluesfest made it easy for its patrons to learn a unique tribal dance in between sets.

The sun had set on the first day of Bluesfest and I was faced with a tough decision as a lover of both blues and hip hop: head to the Mojo stage to catch D’Angelo and witness Kendrick’s highly anticipated performance, or wait an additional fifteen minutes to catch the ever-soulful Songhoy Blues at Delta? Luckily, because Songhoy Blues was scheduled to play again on Day 2, I went to Mojo stage with—spoiler alert—no regrets.

D’Angelo, a stage name for singer-songwriter Michael Eugene Archer, is best known for his neo-soul tunes and velvety vocals. Hailing from Richmond, Virginia, D’Angelo warmed up the crowd with his classic croonings such as “Brown Sugar” and “The Charade.” As he ended with far-ranged and powerful “Chicken Grease,” D’Angelo’s glitter-embellished guitar and feather jacket shook the audience in preparation for our Compton king.

The minutes, even seconds, between sets flowed just as heavily molasses-like as D’Angelo’s vocals. Truly, it was the first time all day that I had felt the sheer magnitude of festival attendees. As people flocked towards the stage, bodies pressed tightly against each other and a fog of sweat began to accumulate. The screams amplified. The space between bodies became infinitely tighter. And finally, the legend appeared.

“Lamar’s Bluesfest performance had an incomparable passion to it.”

While it was an inarguable madhouse in Mojo, I didn’t regret a single moment. Although I’ve seen my fair share of crowd-pleasing hip-hop and blues concerts alike, Lamar’s Bluesfest performance had an incomparable passion to it. Every member of the crowd knew his lines and weren’t afraid to show it. The energy manifested in a glorious fog of sweat as Lamar performed older and newer numbers from good kid, m.A.A.d city and To Pimp A Bufferfly, and even the most recent untitled album. “Do you hear me? Do you feel me? We gon’ be alright,” Kendrick ended, and left the stage to an audience that would probably remember his performance for years to come.

While it’s hard to imagine that my post-Kendrick depression will ever truly subside, I could only imagine that Day 2 of Bluesfest would be as glorious as the first. After all, as Compton king insists, we gon’ be alright.