Live Review: Bootleg Rascal “Love Her Like I Love You” Single Tour @ The Woolly Mammoth 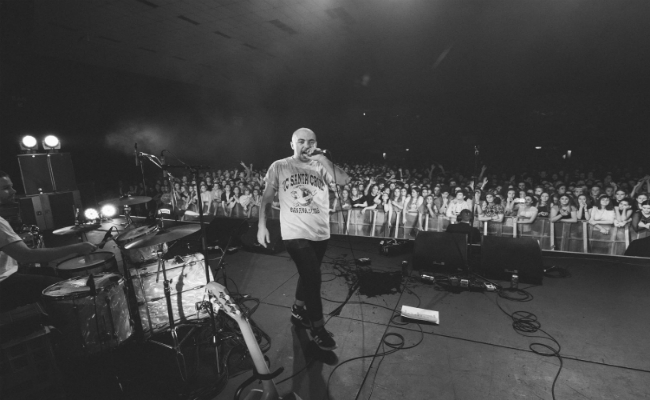 With the release of their latest single Love Her Like I Love You, Sydney-based Bootleg Rascal managed to quite literally destroy (see broken table) at Woolly Mammoth last Saturday. 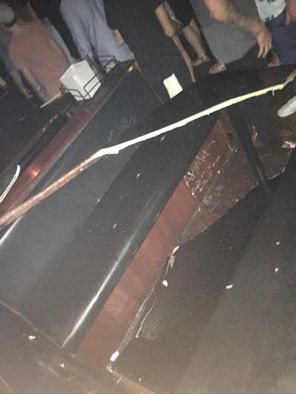 Opening up for the headliners were fellow Sydneysiders Nick Nuisance & the Delinquents, who dropped a tight set of garage rock. They warmed the crowd up with their fuzzy guitar sounds and some popping basslines, and each short track packed as much energy and emotion as the outfit could muster. Changing the mood up was local rapper Camouflage Rose with a fire hip-hop set influenced by Yeezy’s ‘808s & Heartbreaks’. The set got the crowds jumping and dancing after the power of Nick Nuisance & Co’s garage pop, and the audience was in that nice midway point for the main act.

With the excitement for the main event being almost palpable, Bootleg Rascal jumped on stage to open with their newest single Love Her Like I Love You to a psyched up crowd. Keeping the punters bouncing throughout Head In The Clouds and Oh I Know proved to be no issue, with the entire audience singing along fervently. The precision with which the band were hitting the right cues and notes was immaculate when you considered the chaotic storm of bodies just metres away from them.

They kept the mood high and the dance floor packed as they followed up with the fast-paced Kings & Queens, before slowing it back down with the title track to their debut album Asleep In The Machine. Rocking the reggae, frontman Carlos Lara showed off his vocal range with calming throwback tracks Overflow and Holding On, breaking down the barrier between the band and the audience with some crowd surfs and pulling punters onstage. 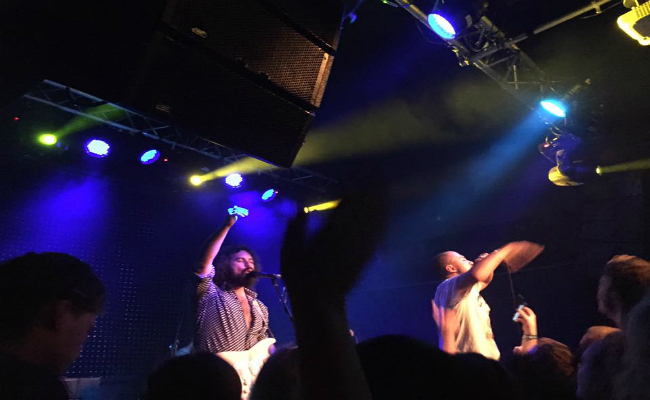 As the band started to play Drop The Gun, the entire venue lit up as the crowd chanted along, “Drop the gun/ Turn and run away/ Turn and run away”. The good vibes were only heightened following up with the reggae beats from the sundrenched melody of Shade. Up next was Coming Home, and a strong finish to the show came in the form of a unique rendition of Kendrick Lamar’s Swimming Pools.

Throughout the whole night, the atmosphere was electric, and people all around were turning any and every surface into a dance floor or viewing spot. Many couples were taking the opportunity to show each other their love (some more literally and graphically than others), but the chaotic crowds were there to only show their appreciation for Bootleg’s party-centric vibes.

With the only casualty of the concert being one unfortunate broken table (and a tiny little bit of another), the night was undeniably one to remember, with the band interacting with, and being genuinely grateful for the crowd’s involvement in the show. The sold out show proved to be one of their best live performances by far showcasing the best of ‘Asleep In The Machine’ as well as their brand new single Love Her Like I Love You.