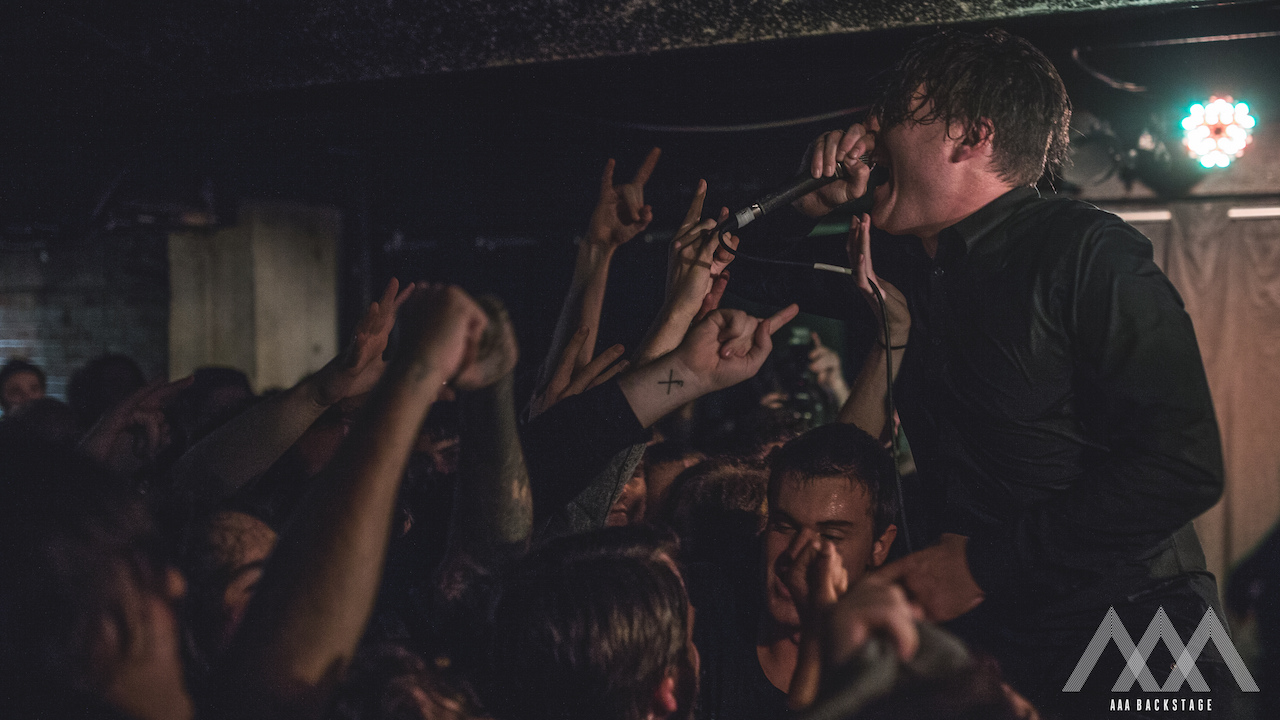 The reaction from most people when you say you’re off to see a death metal band when you’re the sort of guy who went to see Cat Power two weeks before it usually results in a reaction of disbelief and horror. To your average person it conjures mental images of burning churches, goat sacrifices, and whose vocal styling is enough to make casual listeners view it as a form of torture.

As with most niche genres, particularly those under the metal umbrella, its fan base is passionate, dedicated, and takes pride in the exclusivity of their club. Brisbane couldn’t be further from Scandinavia, the region where the genre is most popular, but the core appeals are more universal than many would care to admit.

In 2011, the San Francisco based band Deafheaven released their debut album ‘Roads To Judah’ drawing black metal comparisons but with a more euphoric, unexpectedly positive slant to their sound. In 2013 they followed it up with their second album ‘Sunbather’, which changed everything. It took the more palatable influences of their style to another level, the turbulence of the bands line up seemingly giving George Clarke and Kevin McCoy more focus to their vision creating a masterpiece of its kind.

They may not have been the first band to infuse the floating soundscapes of shoegaze and major key melodies to the brutality of death metal, but they were unquestionably the ones who put the blackgaze genre on the map. 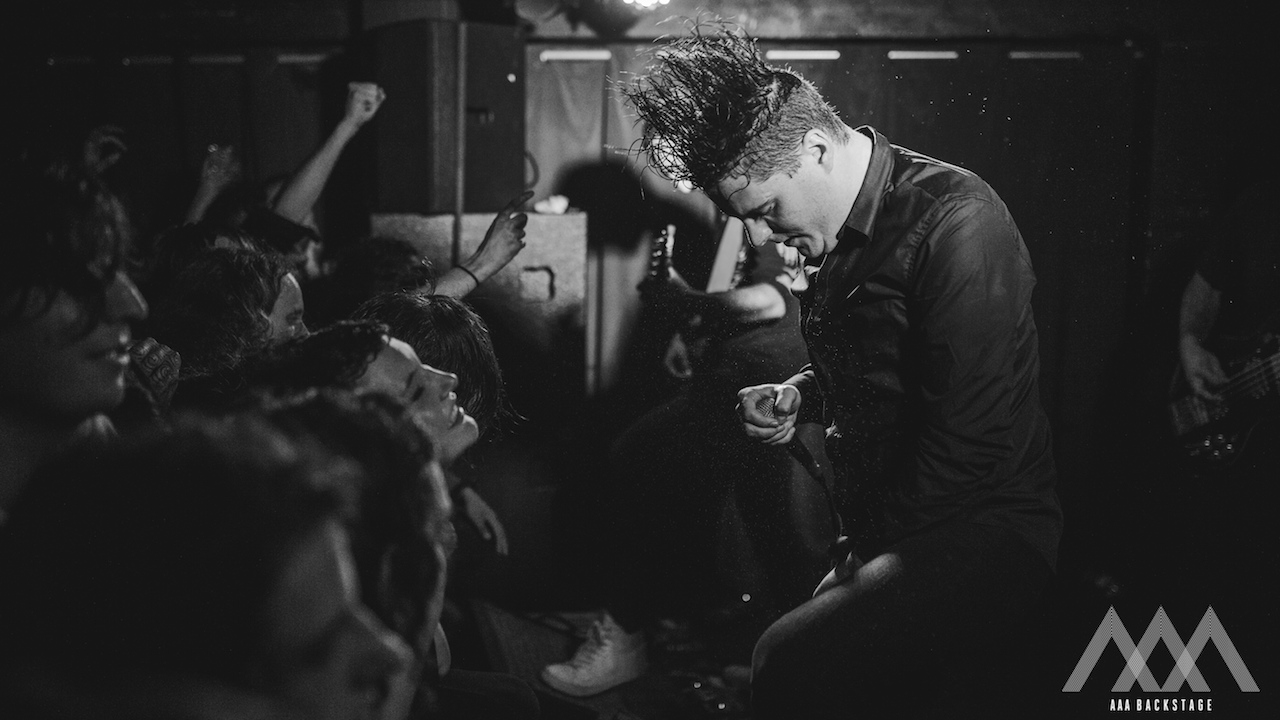 Perhaps unsurprisingly, the popularity caused a minor controversy in death metal circles with many annoyed at the slightly inaccurate genre labelling, quick to point out the ways in which Deafheaven didn’t fit into their strict boundaries. A more cynical view is that they didn’t like the idea of the unwanted attention from people that wouldn’t usually bat an eyelid to their world. As an outsider it was all quite amusing, watching the metallers squabbling with the hipsters, but none of it could detract from the fact that ‘Sunbather’ was an incredible body of work.

By the time their 2015 follow up ‘New Bermuda’ was released, the surprise factor was softened, the response to these vocals from the pits of hell being a now familiar part of the package. However, what many who were disembarking from the hype train failed to notice was that with ‘New Bermuda’, Deafheaven had arguably improved on ‘Sunbather’.

“By the time those guitars built towards the song’s wall-of-sound, the appreciative crowd were on fire, the room alight with a special yet fleeting bond between band and audience.”

It’s an amazing journey of soundscapes compressed into five songs over 47 minutes which contains so many breath taking moments it’s difficult not to listen to the end when you press play. This was no victory lap or ill-founded change in direction, this was a band at their creative peak showing that this sound of theirs had so much more to offer and had crammed it with more moments of pure satisfaction than you could count.

With all of this in mind, my excitement levels were high that Saturday night at The Crowbar, a venue that band have confessed holds a special place for them. They described it as “one of those perfect, sweaty, intimate, intense rock venues” in an interview with FasterLouder earlier this year, a sentiment George Clarke repeated on the night hand on the ceiling, stood tall on the monitors.

What followed was a faithful play through ‘New Bermuda’, in order, no song missed, delivered with the utmost precision. The sequencing of the album was no accident, so why change it? Every moment from the beautiful second half of Brought To The Water to the devastating moment Baby Blue erupts into a wall of sound was as massive on stage as you’d expect from the recording. 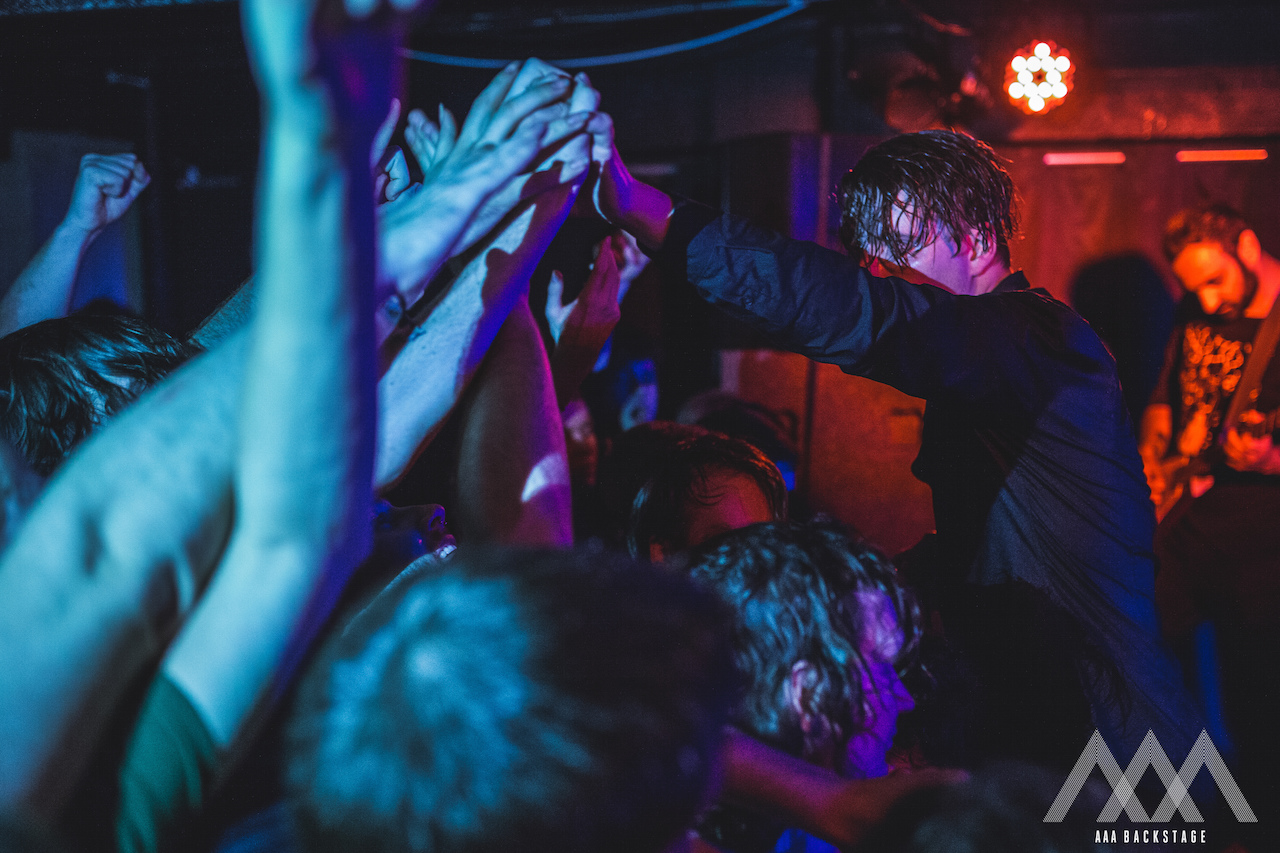 Clarke makes an enthusiastic, affable frontman, engaging the crowd on a personal level, encouraging everyone to get close and even sharing his microphone with enthusiastic crowd members to scream along during the encore. It was a tender side of the band that simultaneously showed humbleness for their fortunate position and why Clarke’s voice is so much better than most at what he does when compared to the drunken shouts from the pit.

After a brief pause following the final notes of Gifts For The Earth, the band returned for a two song encore of ‘Sunbather’s title track followed by its irresistible opener Dreamhouse. By the time those guitars built towards the song’s wall-of-sound, the appreciative crowd were on fire, the room alight with a special yet fleeting bond between band and audience.

It’s moments like these that make it all worth it, the spontaneous crowdsurfing, the hands in the air, the vocal chords screaming every word back at the band in a cathartic moment of unity, clarity and synchronicity. The delicate guitar break before it launched into its cataclysmic coda acted as much to bring dynamics to the song as a moment for the audience to catch their breath.

This is music that was meant for the stage, that’s meant to be shared with others by a band at the peak of their game. No genre wars, no hype, nothing else. The music was all that mattered.