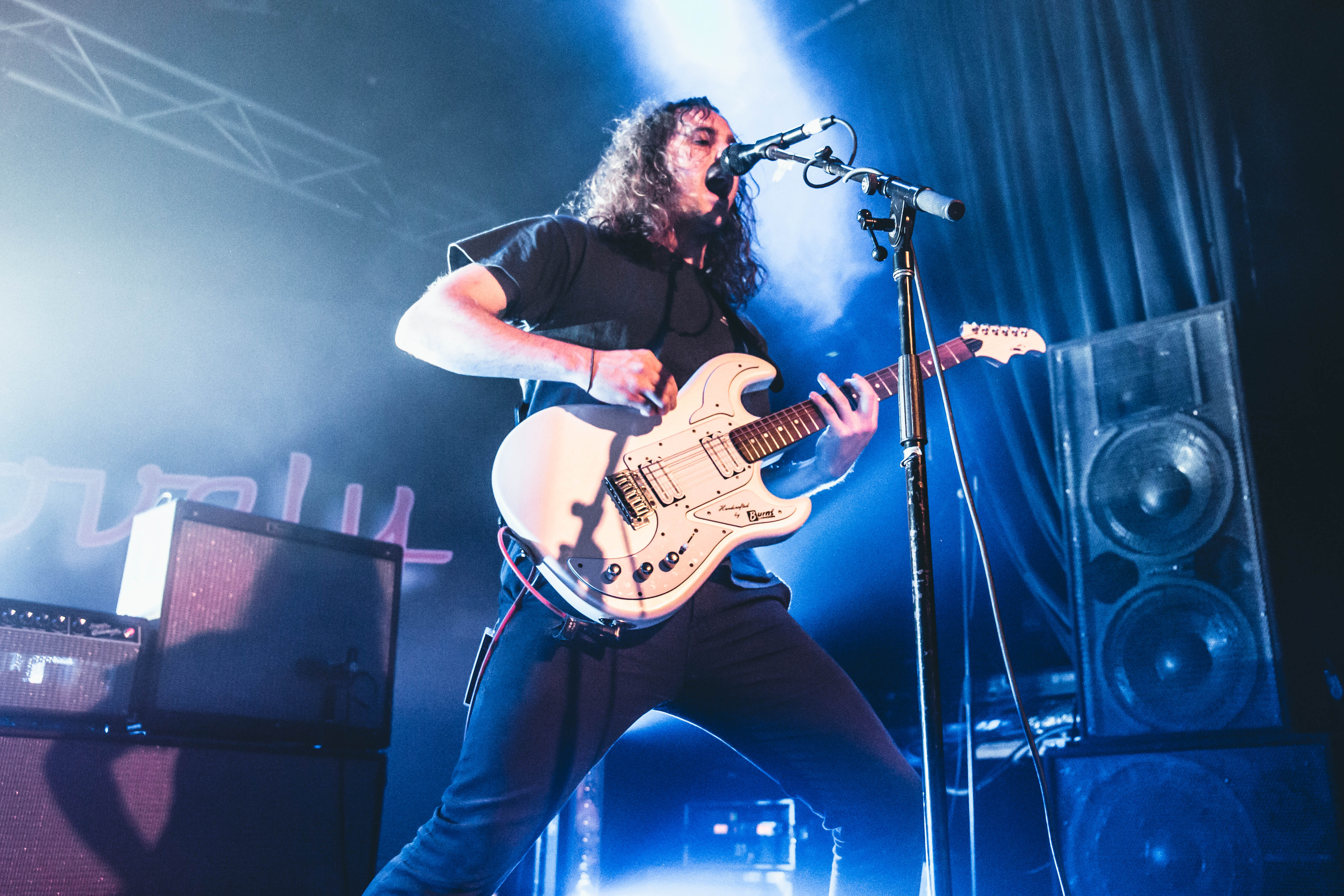 The Enmore Theatre was pumping with a sweaty demographic wider than the smile on the DZ Deathrays’ drummer’s face. The love in the room was palpable. And sweaty. Did I mention sweaty?

This month, DZ Deathrays embarked on a huge tour to celebrate their 10th anniversary. From playing with the Foo Fighters to shredding with the Red Wiggle, the band has made some top calibre friends in their long careers. So it was only right that this milestone tour brought along a bunch more mates—local bands, DJs, Ali Barter, Gooch Palms, and PUP warmed the stage in various cities.

PUP took the stage on all dates, walking into the historic Enmore Theatre to a hilarious mashup of Vanessa Carlton’s 1000 Miles and AC/DC’s Back in Black (presumably compliments to the Polish Club DJs). The band launched into a high energy set. Despite their songs being undance-able—with several strange time signatures and abrupt changes from 6/8 to 7/8 and everywhere in between—the crowd ebbed and flowed along with them.

Vocalist Stefan Babcock is still recovering from a vocal cord blow out, and the band is supporting him—small changes like singing down an octave, the band acting as a chorus, and the lead guitarist taking over more of the harsher lines have helped Stefan sound healthier than ever. We still got his intense voice though, despite this he hardly held back.

At one point in the set, the singer ran to the sound guy to yell something, raised his hand to get the band to stop, and connected a longer mic lead. The guitarist whined into the mic, “Ugh the singer needs a new mic lead, he’s probably going to jump into the crowd.” And spoiler alert—he did. The band started back into the song and Stefan jumped into the crowd, yelling, “Don’t fucking drop me,” still singing full volume as the lead was tracked over hundreds of bodies.

“6/10,” said the guitarist afterwards. PUP finished on two-part album opener If This Tour Doesn’t Kill You and DVP, impressively conducting the punk crowd into moving with the hectic passages.

DZ Deathrays were up next, and entered the stage to a raucous reception. The light show had its own personality here, their opener thumping with the strobe and distorting with par-cans. It really gave energy to the show, as crashing kits and duelling guitars fought for dominance.

Another character was the bongo drum set atop the kick. My boyfriend explained it to me as the nail in that scene of A Quiet Place—you knew it was going to have a big part in the performance, but when was it going to come into play? When it finally got a good whacking, it tragically fell off the kit—and that concludes the short sad interlude of the bongo drum that never got its chance to shine.

Playing as a three piece, the lack of bassist meant the band was at times caught off guard but the charm of the chugging machine meant that any mistakes were soon forgotten. Dedicated fans were unperturbed, simply happy to hear the songs they unashamedly knew every note of.

The audience shouted along to old favourites and newer songs alike, celebrating the history of the band. The charming backdrop of homely photo hangings, and the leather couch on stage made the gig feel warm—the band was inviting all the people who they owe their success to into their living room. A family of bands and fans, kicking off the start of another ten years.