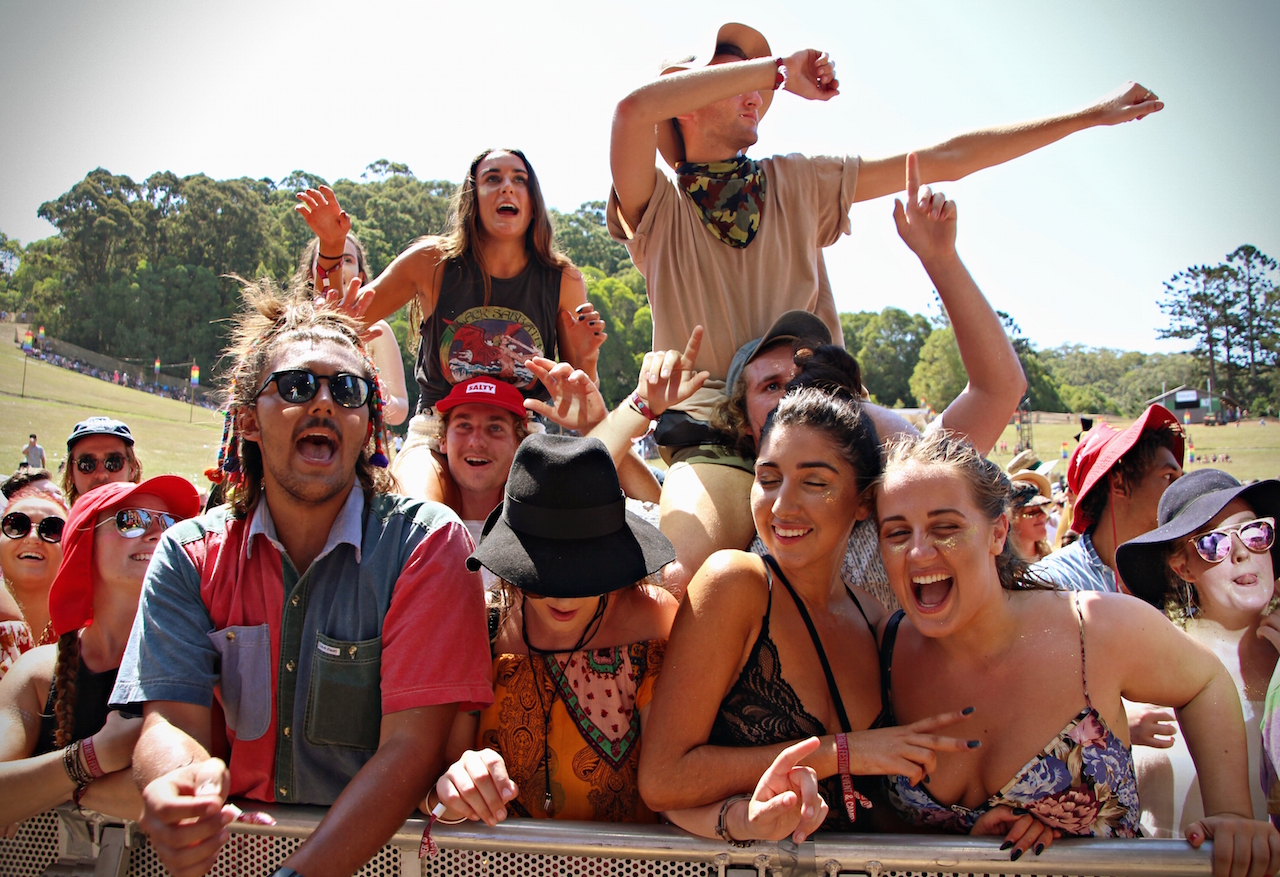 Despite the heatwave beating down on Byron Bay parklands, hordes of festivalgoers put on their best threads for a long day of singing, dancing, and sweating. Northeast Party House kicked things off with an energetic performance, working hard to keep the crowd jumping. The infectious beats of Youth Allowance hit the spot with the crowd and brought the mosh pit to life. The crowd thinned quickly as Northeast Party House closed their set, leaving only a handful of stragglers in the front row awaiting Brisbane artist Mallrat.

The pint-sized party starter appeared onstage twenty minutes later, launching straight into For Real and hopping around the stage. She followed it up with Sunglasses, and although she was hit by the full glare of the mid afternoon summer sun, she was undeterred and kept a smile through the song. There was a quiet confidence about her withdrawn performance of Suicide Blonde, and after a few new tracks and a gratifying performance of crowd favourites Tokyo Drift and Uninvited, Mallrat left the crowd with their arms in the air and her snappy lyrics on their minds. 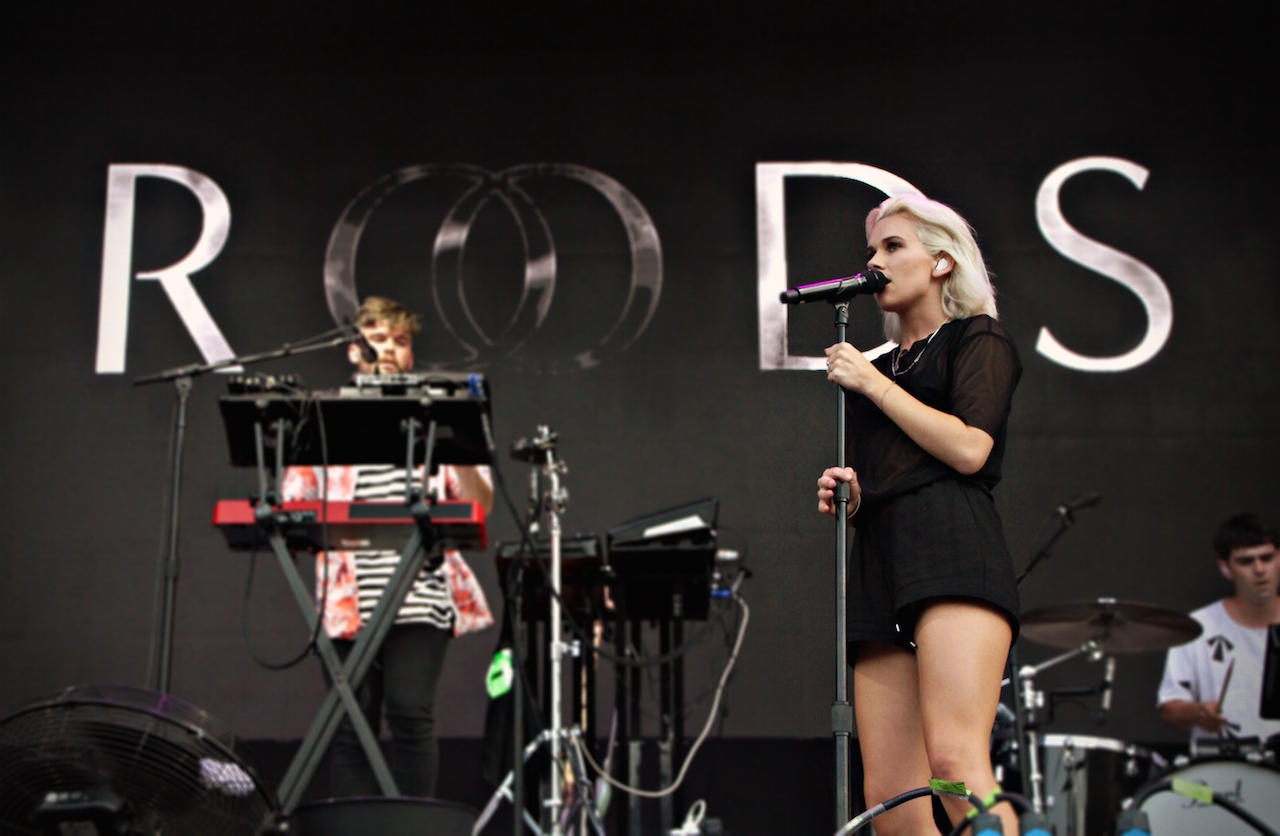 Next up were our favourite NZ exports Broods, inspiring the amphitheatre crowd to dance with the synth heavy opening of Conscious. The sound was infectious all the way to the back of the hill and all eyes were glued to frontwoman Georgia Nott, a songstress with the stage presence and vocal confidence to eclipse everything else.

The energy was high through the set, and their trademark sound, reminiscent of Vera Blue and Meredith, had the mosh pit swaying in time and settling into a natural rhythm. Complex harmonies and rhythms interlaced and amongst the intense concentration of the band, Nott’s liberated movements stole the show. Track after track proved a winner as evidenced by the red triple j “tune” flags held up amongst the crowd. The distinctive tribal drum rhythm of Mother and Father kept the energy burning, and as the set drew to a close Bridges took crowd participation to a new high.

Starting with a slightly sarcastic video in honour of the humble turntable, Grandmaster’s control over the machine soon wiped out any preconceived notion of novelty. The crowd clapped in time to an irresistible, hypnotic beat and vocals added a rough touch to the set. Laid over an edgy hip hop beat, it was almost reminiscent of old school Akon, and before long the crowd was putty in his hands.

Hot Dub Time Machine came prepared with an eclectic mix, featuring big hits from 2010 onwards, Gotye to Havana Brown. He made the songs work together in such an original way that the crowd couldn’t help but fall in love. Rihanna’s hit We Found Love was the big finish the set deserved, backed by captivating screen graphics as the crowd sang louder than ever.

Whether in the thick of the moshpit or right at the back, the crowd hardly dared move between sets, anticipating headliner Childish Gambino’s opening number. His energy excess preceded him as he threw himself around the stage, ripping his shirt off less than five minutes in. He handled the first number with care, nailing the silence and strength of it with confidence, charisma, and joy.

His band matched him in the energy stakes, head banging and thrusting included. To follow, a stripped back version of crowd favourite Telegraph Ave. packed a punch with thick harmonies. Amidst intense hair-flicking, the rapper wasted no opportunity to show off his seasoned vocal chops with strong belts and whistles. More than anything, it was the rawness that really won over the crowd – screeches, rough guitar riffs, and a whole lot of passion. 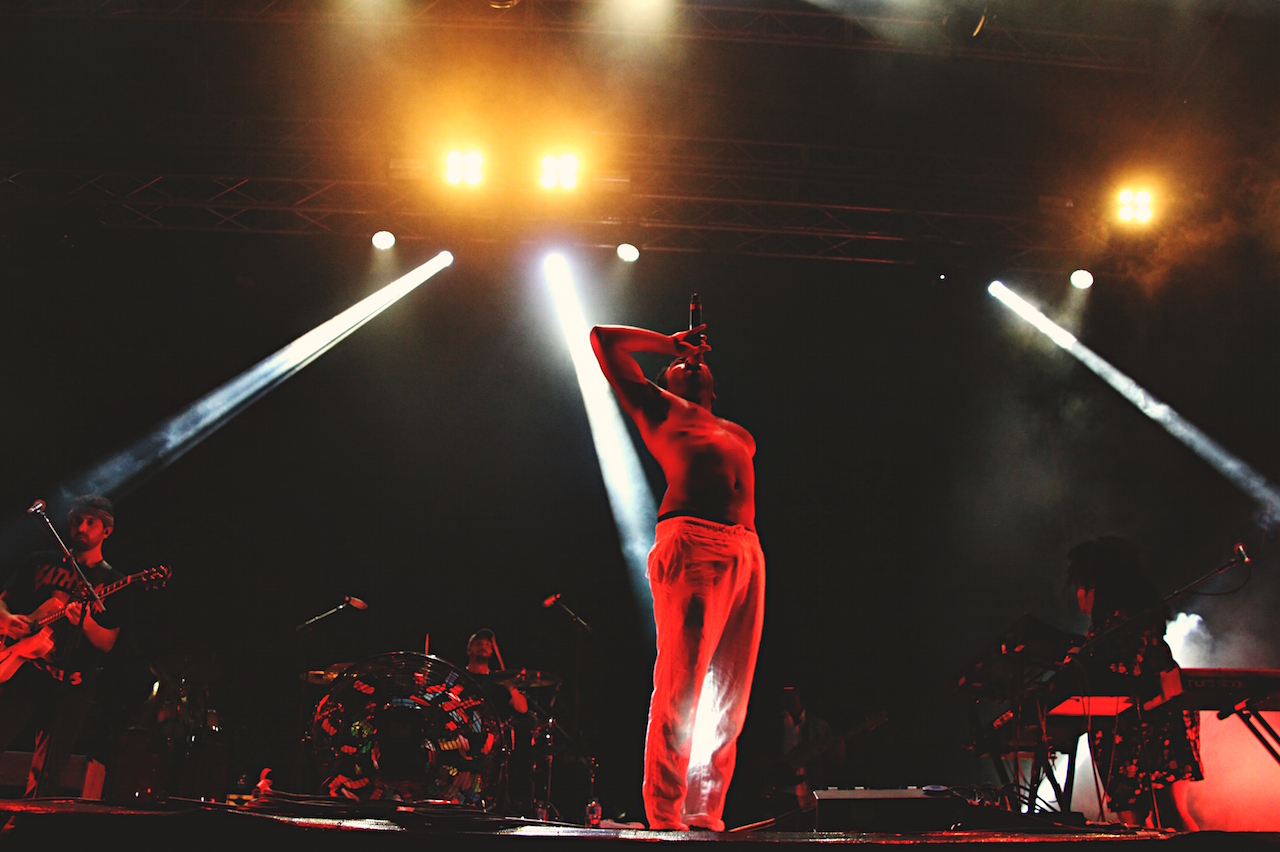 Sober was a set highlight, the chorus thick with voices from the crowd and the bridge sending his voice soaring into the stratosphere. The crowd was overjoyed when an encore was tacked on the end of his short 45 minute performance featuring V. 3005, the classic tune even inspiring some slow partner dancing. There’s no better way to start the new year than with an epic party, and for some it was far from over. DJs continued well into the early hours of the morning for those who just wouldn’t be tied down by the sun.