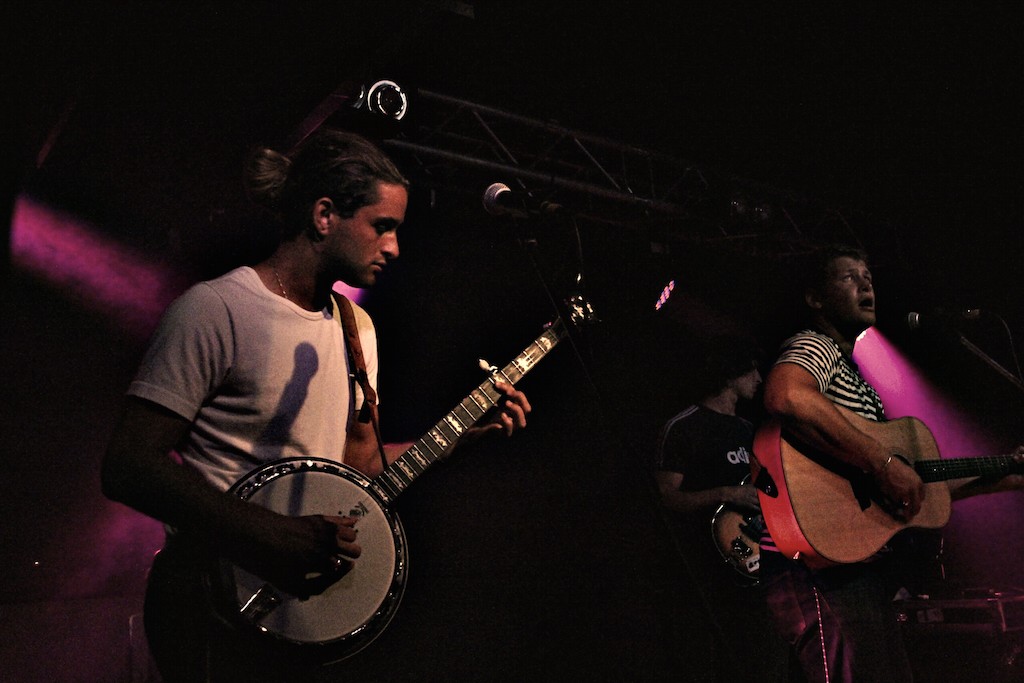 As the rain poured down outside, the sweet sound of a banjo backed by a thunderous bass drum and tambourine streamed through The Foundry, flooding our ears with boot-stomping, heart-string tugging folk tunes. Damp and intrigued, we gathered on last Wednesday night for The Foundry’s third Folk Club to experience a triple-header of Australian musicians, and we were pleasantly surprised to witness a smorgasbord of different talent.

The night kicked off with singer-songwriter Andrea Kirwin who allured us with her chill, soulful vibe and her funky song selection. The Sunshine Coast beauty sang a smooth jazzy rendition of Ain’t No Sunshine, which got the crowd grooving in their seats. Kirwin maintained some delightful small talk with the crowd during the show and even made mention of the ‘Searching for Sugar Man’ documentary (seriously, watch it), which scored her a couple more cool points in our books. Kirwin ended her set with Tracy Chapman’s Give Me One Reason, which she sang with a great deal of uniqueness by adding a hip-hop, Island-sounding twist. 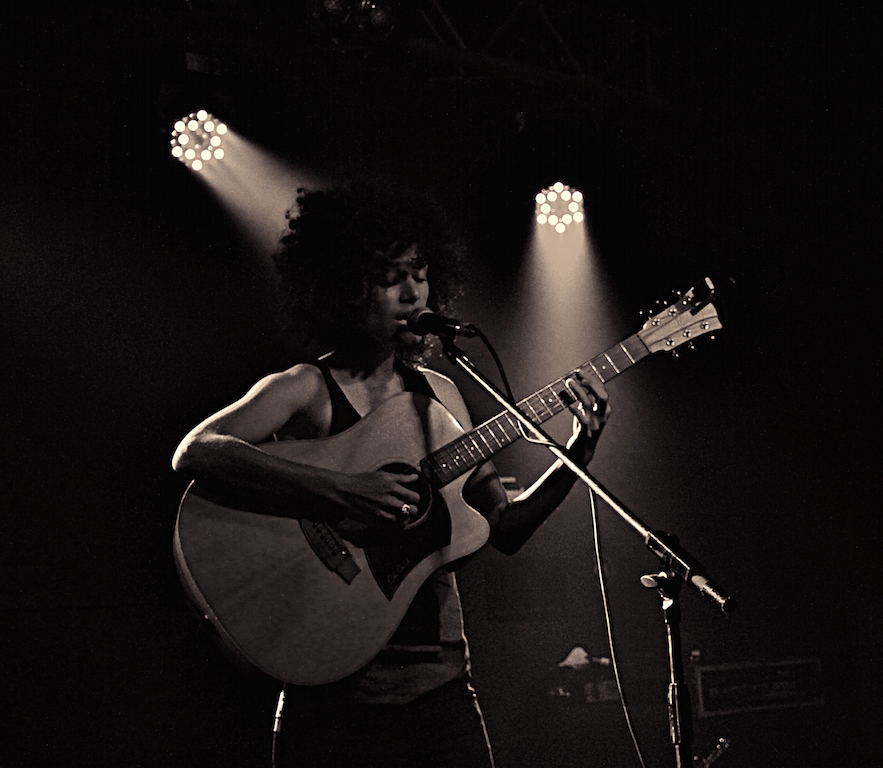 Next on the bill was Brisbane singer-songwriter Amela Duheric, a.k.a Amela, who was asked to replace the initially scheduled band Forty Thieves on such short notice that she had to borrow a friend’s guitar to play the set. Despite her hasty preparation, Amela managed to charm us with her unconventional folk tunes and her cute, quirky personality, which presented itself through her loose dancing and her somewhat nervous interaction with the crowd. 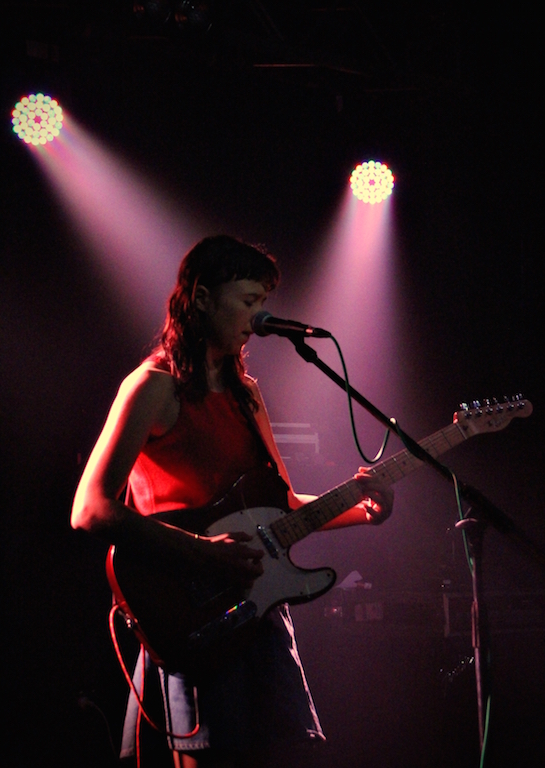 The headlining act of the night was super humble Sydney folk four-piece Sons of the East, whose high energy and authentic back porch stomp brought the entire crowd to their feet. The band’s bluegrass influence shined through with the consistent plucking of the banjo paired with the harmonica interludes, and the Sons blew us away with some outright boot-stomping numbers.

Lead singer Jack Rollins belted out raspy folk ballads while plucking his acoustic guitar and skillfully incorporating harmonica intervals. His husky and somewhat nasally voice can be compared to other folk musicians, such as Tallest Man on Earth and Bob Dylan, but the real show stopper was the keyboardist Nic Johnston. From Rollins’ first harmony with Johnston, we were blown away. The keyboardist’s smooth and powerful vocals overpowered Rollins at times, making him (in our opinion) the dark horse of the band.

Johnston’s brawny vocals took centre stage when he sang Into The Sun while playing the piano with the band slowly strumming in the background. The touching lyrics combined with the soft instrumentation and Johnston’s booming voice gave us goose bumps and left us begging to hear more of his swooning vocals. 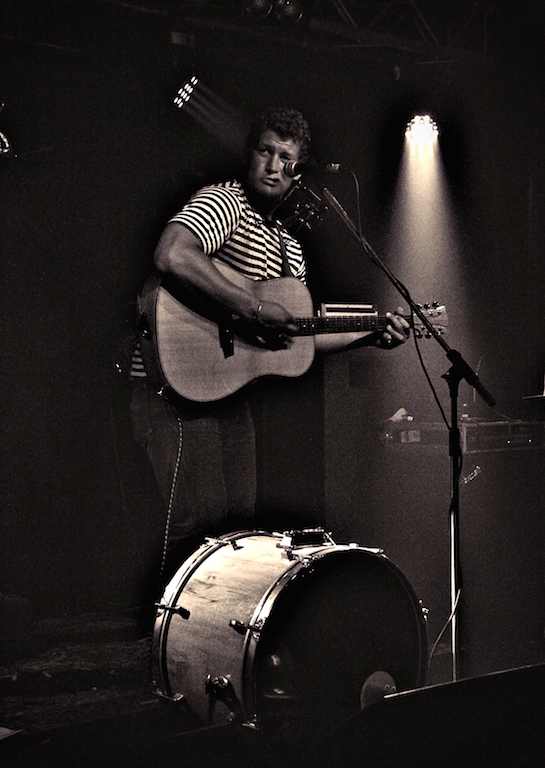 Sons of the East frequently interacted with the crowd and shared with us one of their biggest influences. Yep, you guessed it – Fleetwood Mac. The boys then rocked a cover of Fleetwood’s Dreams, which transformed The Foundry into one big sing-a-long.

After a couple of slow, melodic songs in the middle of the set, the banjo exploded out of hiding and the Sons delivered two honky tonk tunes to finish their set before walking off the stage. The crowd beckoned the boys to come back and play one final tune, a plea in which they happily submitted, and we got to experience a final taste of the snappy acoustics and throaty vocals that is folk music.

All in all, the three acts filled our hearts with something special on Wednesday night and it’ll take a lot more than a torrential downpour to dampen our experience at The Foundry’s Folk Club!

Check out our Live Gallery HERE