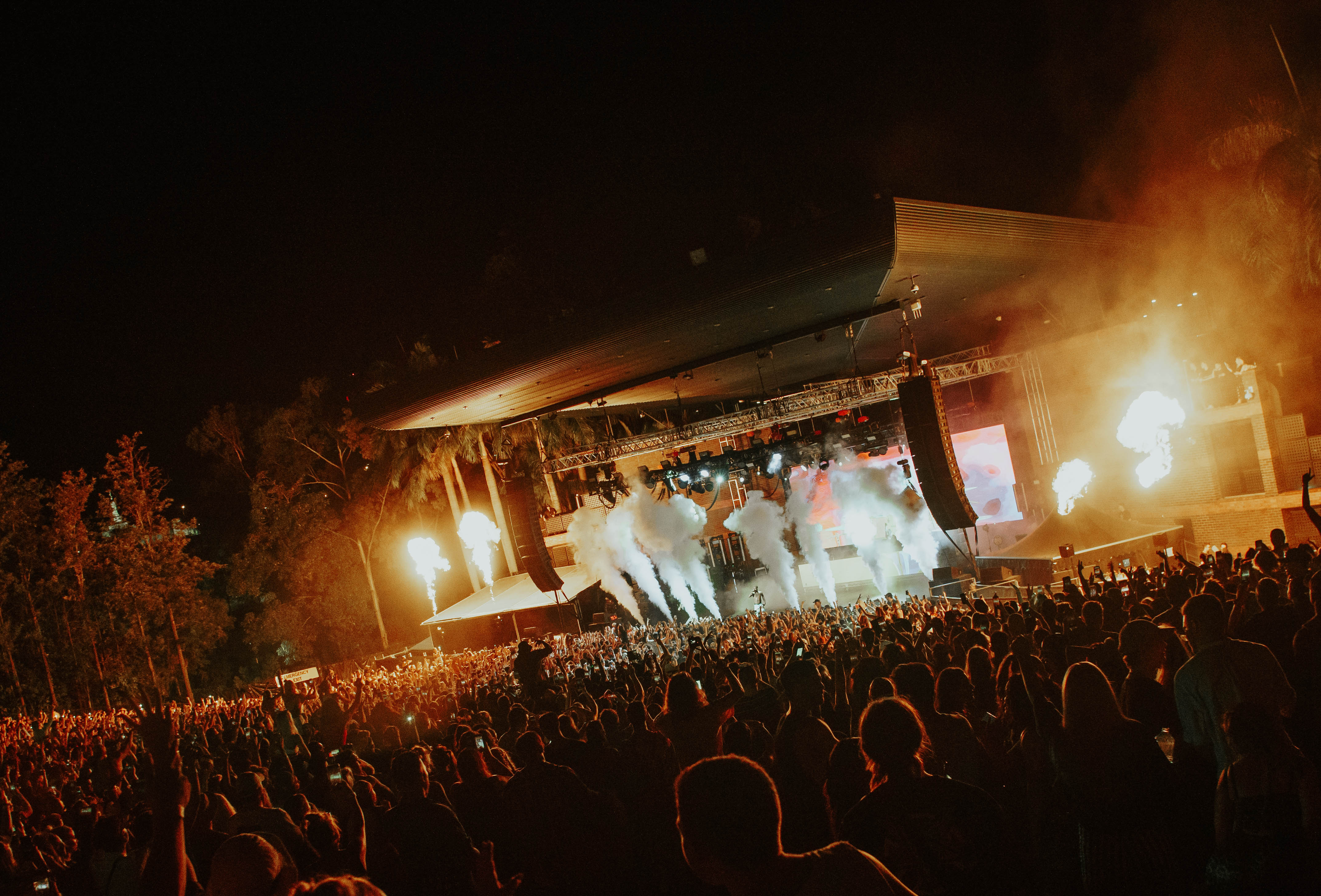 FOMO is the event of the year that, by definition, you do not want to miss out on. With a killer lineup, 30-degree weather and extraordinary cosy yet spacious venue at the Riverstage, the day was set for success.

The event kicked off at 11am with festival-goers slowly rolling in. The crowd really started to show at 2:20pm when Loud Luxury played their set. This was their Australian debut and they certainly did not disappoint. As expected, the crowd went wild for Body and the dance floor was soon flooded with people running from the top of the venue down to the bottom to enjoy. They engaged with the audience by getting a group photo for the momentous occasion for the Canadian crew.

Anna Lunoe was next up with a heavy DJ set getting the crowd pumped up for the rest of the day. After this set, the crowd soon covered under the massive marquee at the top of the venue for some shade in preparation for the next few acts who were sure to make their mark. Included in this was Kali Uchis, wearing a classy white two-piece, I think a lot of people left her set with a girl crush on her as she is definitely an act to watch. Of course, Aminé rocked the show with Caroline, definitely the highlight of their set.

The last three acts of the day were the big anticipation and the crowds started to get to their spots in order to get a good view of the show. Beginning with Mura Masa at 6:40pm just as the sun was slowly dying down, they hyped the audience up with a strong ambient acoustic beginning. The really cool thing about this set was having the live acoustic instruments as well as the DJ set intertwined in one in the middle of the stage. This gave for not only a fun vibe to listen to, but also became interesting to watch and made them a bit different from everybody else. With songs such as Nuggets, Lovesick, Firefly and What If I Go? they certainly reminded the crowd why they were a headliner.

Rae Srummurd was next and the crowd absolutely flocked to the front of the stage. Starting their set at 7:35pm, the two brothers from Mississipi began by getting everyone to flash their phone lights. They then enveloped the crowd into their hit, No Type. The duo was keen on getting the crowd involved with death pits, and while the audience was up for the challenge, security was not. By changing a lot of their song lyrics to Brisbane to bring that family love to the audience, they announced that they’d be playing at the popular nightclub TBC later that night. I would pay good money to go see this set again and I know the crowd though the same. They ended their set by playing Throw Sum Mo, getting the crowd hyped for the next set.

After a 40-minute wait, the Queen arrived. Nicki Minaj certainly put a lot of effort into her stage set up, but it was definitely worth the wait. She asked throughout her set if anyone was still in school, and if she could get “nasty” with the crowd. And that she did, even bringing up a 19-year-old Gold Coast boy for a lap dance. While I initially wasn’t that keen on Nicki, by playing all of her older songs and engaging with the crowd she definitely gained a fan back. By teasing some of her newer songs such as Good Form, Chun-Li, and Barbie Dreams, it was her older songs such as Bees in the Trap, Only, Truffle Butter, Right Thru Me and plenty more that reminded the audience just how good she really is, and were a nice surprise to those who had forgotten about these songs too. Of course, ending her set on Superbass, Nicki reclaimed her title.

With streamers, fluoro and ass-less outfits being a theme to this years festival, there’s not one just like it, and every year brings something new to the game of festivals. Big ups to the FOMO19 team this year, here’s to FOMO20!