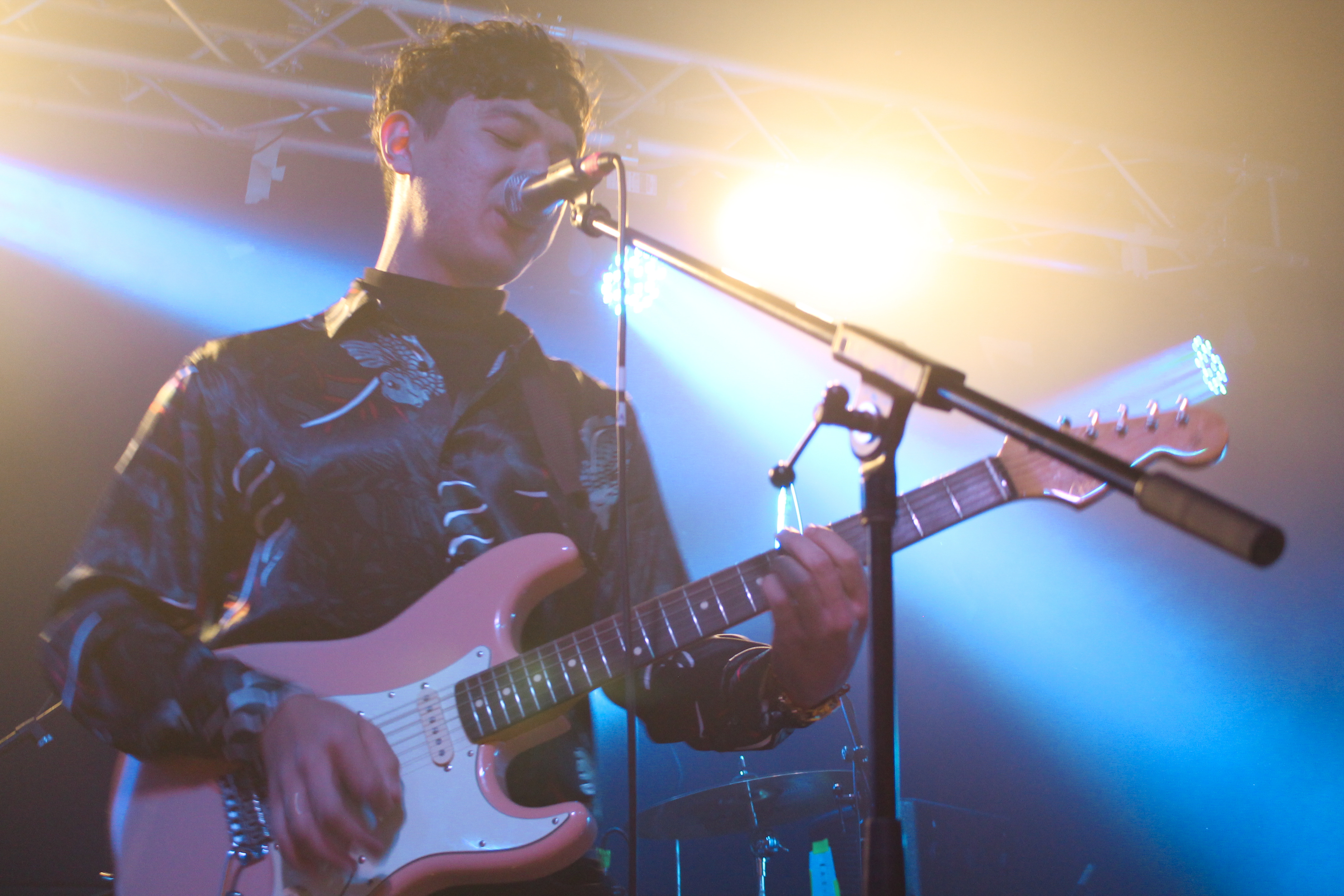 Local support Sometime Sonny were up first with their shoegazey-rock quartet bashing out a 20-minute set of tunes. Their guitar tones and rhythm section were great and the lead singer of the project had a great voice. The band seemed to be hesitant in their transitions between songs, which they’ll build upon the more they gig around but they more than made up for this in their musicianship and song writing offerings.

Next up was main support Seaside. Going from playing Solbar to a few hundred to playing the main stage at Splendour last July after winning the local support slot for the festival, Seaside get better every time I see them. The band is tight musically and confident with their delivery and stage presence. The guitar tones have this spacey airy quality to them and really add to the vibe of their songs. The band were really at home on the stage, delivering an energetic and dynamic 45-minute set. The lead singer Darcy’s voice is airy and pretty but there’s also a grit that she adds when the moment calls for it. The lead guitarist’s work stood out as particularly impressive as he had a palette of effects at his feet, which he put to use brilliantly. The bass and drums locked in well with each other and the whole crowd vibed with the bands set. The band did run some tracks in the background but only as a replacement for a keys player and it made for some really nice moments in the songs they used them in. The band even threw in a Pixies cover to keep things interesting and reworked it into their style. An overall strong set and they can only go up as a band from here.

Closing the night was, of course, headliners Last Dinosaurs who seemed to have the crowd waiting with huge anticipation before they even took the stage. Playing to a sold-out crowd, the band fed off the energy of the room and delivered a powerful one hour set full of Easter eggs for long-time fans. As a long-time fan, I was really looking forward to this set but I had no idea how much I’d be blown away by all the new songs the band revealed in their set.

The first EP and album songs worked their way in where they should have and the set on the whole was just bullsh*t good! The band took this show as an opportunity to treat their fans to some songs on their new album due out Friday. A highlight of the set was the bands cover version of the Junior Senior classic Move Your Feet, which they made their own and rivalled the original in my humble opinion. The lights even cut out in the final song of the set but the band kept playing as fans lit the stage by phone torch light.

The band were then welcomed back by a roaring chant for an encore which should give some indication of just how good this entire set was and being the first show of the tour, if you’re a Melbourne, Canberra or Sydney music lover with tickets for this tour, you’re in for a real treat.