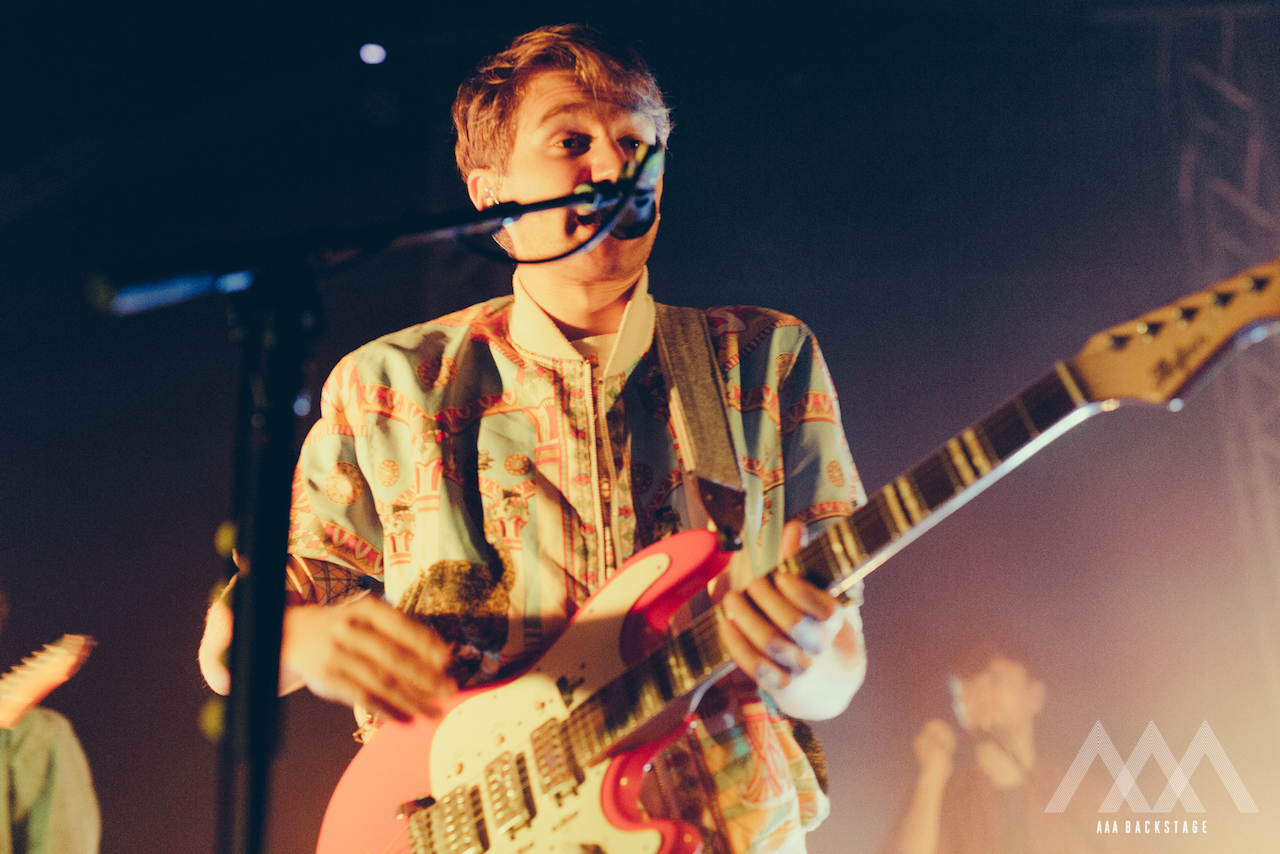 After almost two long years without a visit, one of Britain’s quirkiest quartets, Glass Animals, returned to Brisbane for an amazing, mind-blowing show, ahead of their upcoming sophomore album ‘How to Be a Human Being’.

The sold-out ‘Triffid crowd were already screaming and calling out for the band well before their set began. Once the four skinny Brits jumped onstage pure euphoric madness exploded from the crowd. The 4-piece launched straight into Life Itself, the lead single from their upcoming album.

Their second song Walla Walla from their 2014 debut album ‘Zaba’ kept the upbeat energy going. With a plethora of bright lights and bongo based drum beats the crowd couldn’t stop moving and dancing. The synthesiser beats matched Dave Bayley’s wispy vocals as he sung, “Honey, honey, don’t you cry/ It’s a ruse/ All these creatures are a lie/ Funny bunny, it’s alright/ I clap my hands/ And they’re gone into the night”. It felt as though the band was comforting you as the lyrics left you feel warm and fuzzy yet secure in your place. 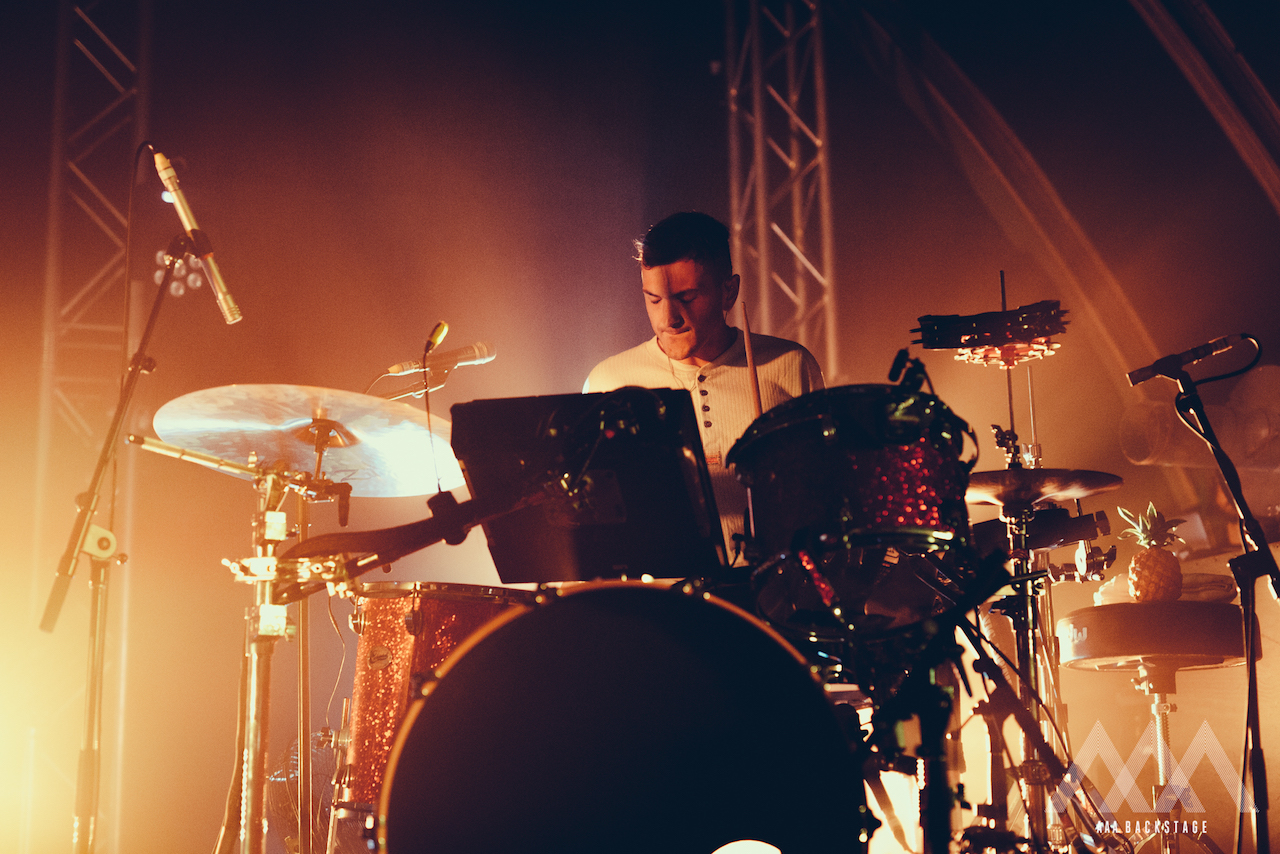 Hazey brought the lights to a softer glow, perfectly matching the song’s woozy synthesiser backdrop of clicking beats. Bayley’s falsetto vocals flowed over the crowd bringing them to a swinging slow move. With an interlude of chimey pre-set beats it showcased the classic Glass Animals unique music sound yet there were times it was difficult to hear their vocals. Unlike in their recordings where the vocals are clear and easily heard, during their live sets it’s difficult to determine the lyrics unless you know their songs like the back of your hand.

Exxus brought the out a completely strange beginning of what sounded like an abduction by aliens of superterrestrial sounds before they launched into the single. The band sang with a more powerful meaning than in the recording feeling more like the some odd yet wise advice from these well-travelled Brits. “When you see him, look him in the eye/ Look him in the eye and he won’t dare to follow/ If you need to, hook with your right/ Hook him with your right till he wiggles and wallows”.

To return the dancing and high energy the 4-piece belted out the crowd favourite, and their worldwide hit single, Gooey. Pretty much the whole crowd screamed out every word to the band, “My my simple sir, this ain’t gonna work/ Mind my wicked words and tipsy topsy slurs/ I can’t take this place, no I can’t take this place/ I just wanna go where I can get some space”.

Next up was Season 2 Episode 3, the third track from ‘How to Be a Human Being’. Bayley’s vocals took us away with soft singing creating a completely calming break from the dancing of the crowd. With the soft backing percussion beats that song was brought together creating a relaxing vibe.

With a soft synth start and chimed into strums they launched into Black Mambo. It’s slow, captivating rhythm caught the crowd moving and swaying together as one as couple held onto each other tightly. The spiralling tune from their xylophone pulls you into the tracks hypnotic vibe leaving you staring wonderstruck at the band.

From their debut album ‘Zaba’, the crowd was ecstatic to hear the tenth track Cocoa Hooves. The slow, soft strumming by guitarist Drew McFarlane had the crowd singing along with every lyric. The synth backdrop left the crowd amazed as the light show matched to the beat.

Continuing with ‘Zaba’ McFarlane, Bayley and bassist Edmund Irwin-Singer sang together to the beginning of Toes, letting out their soft harmonic vocals. With a deep, enthralling beat by Joe Seaward, the crowd began to relax, until Bayley let out a ripper guitar solo. As the crowd began screaming louder it was as though Bayley saw it as a sign to get wild, jumping onto the drum kit as though he was dedicating his solo to Seaward (is this love?). 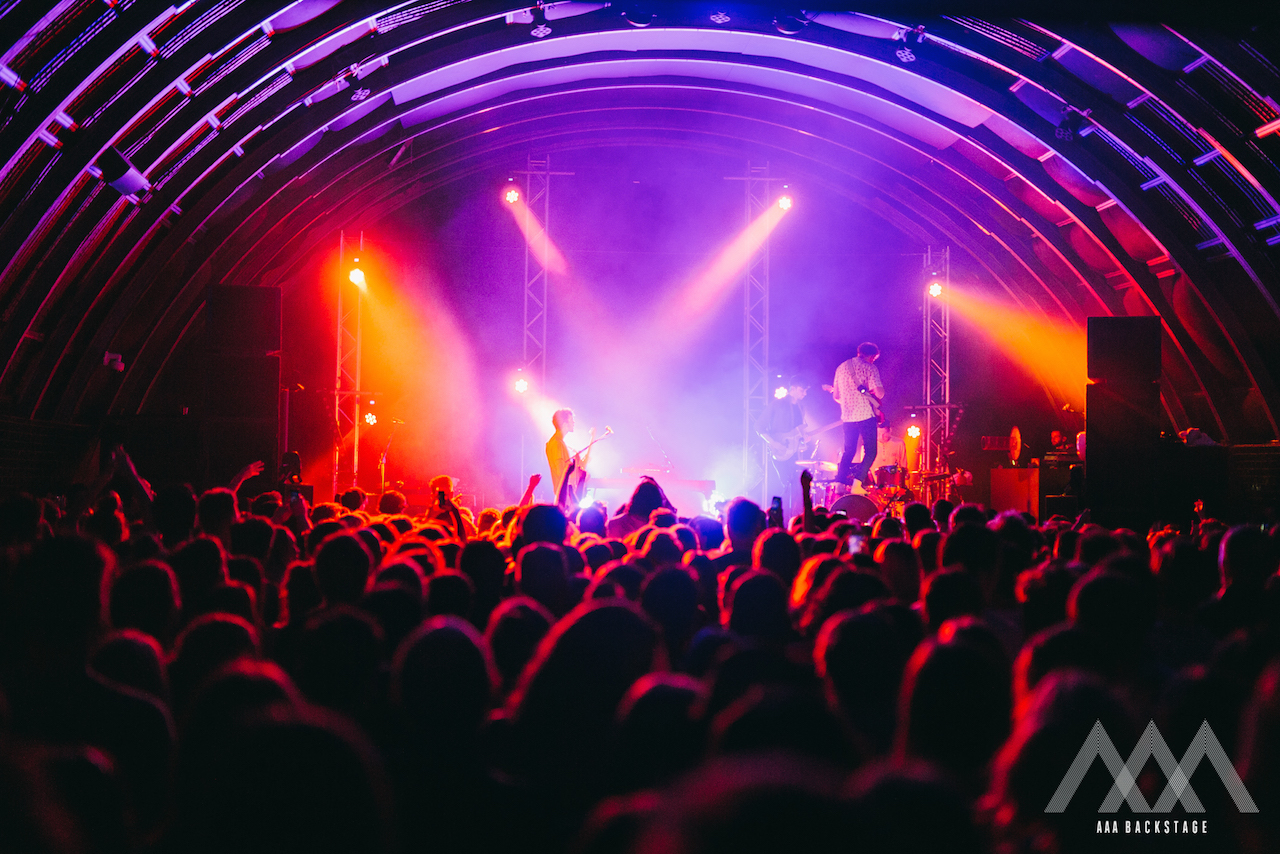 It was at this point the quartet left the stage, but the crowd wouldn’t let them get away that easily…I mean how you resist our drunken, sweaty yet smiling faces? With the fans screaming at the top of their lungs “Encore!” and “One last song!” the band was pulled back onstage and gave Brisbane two last songs.

Their encore began with a cover of Kanye West’s Love Lockdown, their triple j ‘Like A Version’ from two years ago. The crowd was sent into a frenzy of excitement and the screams only became louder as Bayley walked into the crowd while singing.

The fact that he didn’t even break his character as he walked through crowd possibly dying by ‘Death by Over Groping’ was incredible to see, and made the cover all the more engaging. Bayley never lost place in the lyrics and kept in time with the band, which is a skill that is hard to keep when fans are literally throwing their ready body’s at you…

To end the set, Glass Animals belted out Pools. In their quirky and strange ways Bayley picked up a pineapple and you could for a moment wonder “Where? How? Why!?”. Bayley began dancing about with it, waving it around, and just being his all weird yet enticing self with the rest of the band seeming like it was a normal gig for them.

The best yet horrifying part was when he suddenly threw the pineapple into the crowd, which must have hurt to whoever caught it or as our editor says, “It was quite the prickly situation” (facepalm). However, the plethora of blaring lights and the brilliant backing bongo drum beat kept the crowd moving, ending the night on a perfect high.
Glass Animals’ sophomore album ‘How to Be a Human Being’ is set for release in late August.