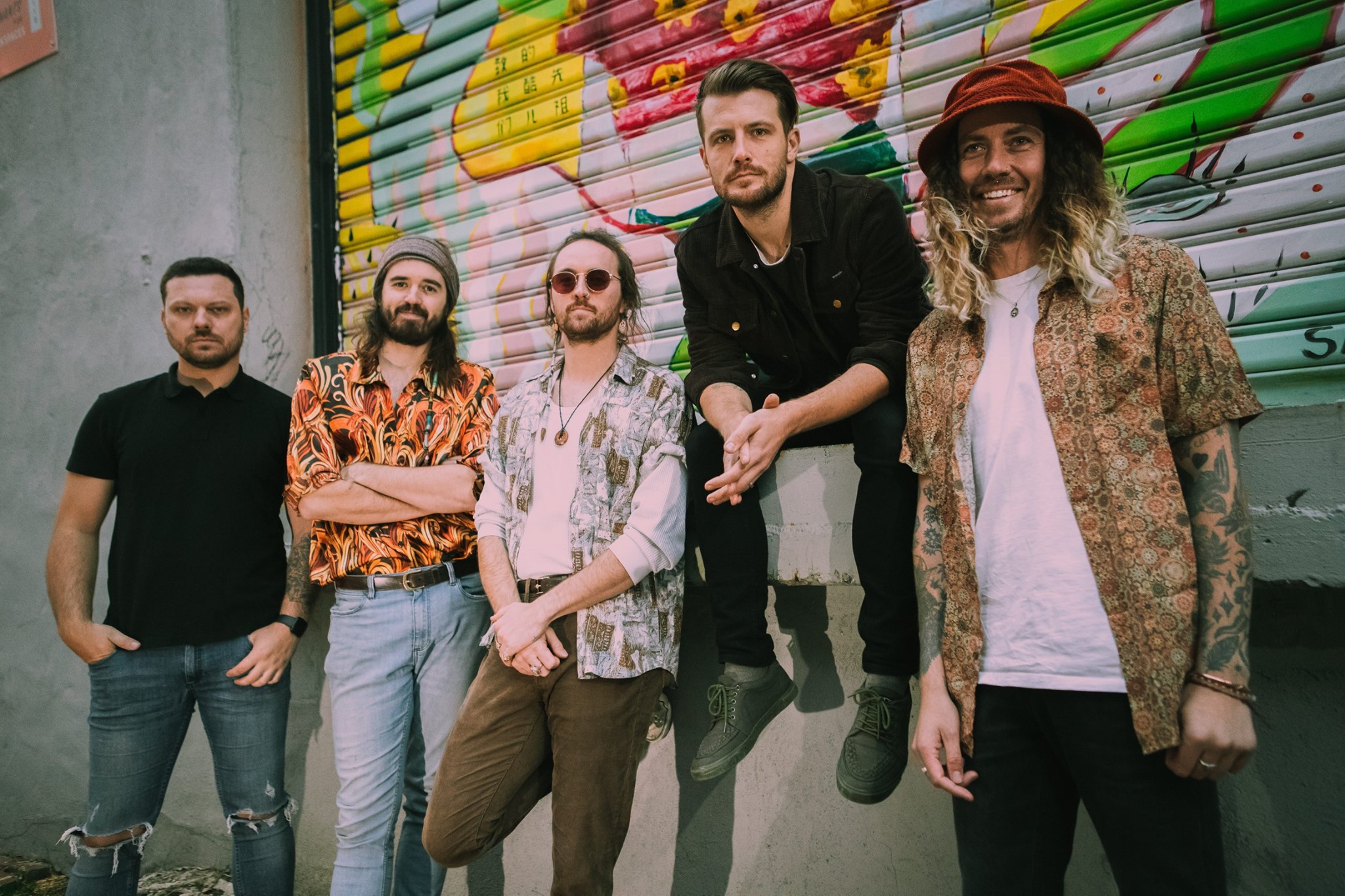 Canberra rockers Hands Like Houses treated fans to a unique half acoustic, half electric set at Solbar in Maroochydore on ANZAC Day for the Sunshine Coast leg of their highly anticipated Reflect tour.

If you were lucky enough to catch these homegrown heavyweights on The Reflect Tour then you know just how much effort the seasoned performers consistently put into their live shows. With the tour initially scheduled for January before the band was forced to postpone the shows due to COVID-19 restrictions, Hands Like Houses hit the NSW and QLD coastline before finishing with a hometown show in the ACT to celebrate the release of their self-titled EP, released 23 October 2020 through UNFD.

The tour was presented as a ‘COVID-safe live experience’ with the intention of performing for seated audiences at half-capacity venues, however as restrictions eased it quickly became apparent that the band would have a chance to diversify the set accordingly. Local music hotspot Solbar proved to be a perfect place for this endeavour as the intimate space in Maroochydore’s beachfront comfortably housed around 200 punters in the band room on Sunday night with seating available at a few scattered tables in the back.

The night began with local roots rock trio Charlesworth hitting the stage out of nowhere at full force. These guys are an interesting blend of blues and grunge elements with a refreshing twist – think John Butler Triomeets Silverchair with Eddie Vedder on the mic. The three humble lads boast stomping grooves, smooth solos and passionately powerful vocals with an incredible range. They currently have nothing on the streaming services but Charlesworth are definitely a band worth keeping an eye on this year.

Next up was Melbourne folk rock quartet Agnes Manners (founded by Hellions guitarist Matt Gravolin) with an electrifying set supported by layered backing tracks of keys, strings and programmed drums. The band quickly got the crowd moving to their feel-good jams comprising of melancholic lyrics, singalong choruses and soaring harmonies. Despite a few false starts thanks to technical issues, a charismatic frontman and animated bassist helped build each song to a celebrated end with an emotional performance by the whole band.

Finally, the awaited Hands Like Houses walk out onto the stage with big grins and begin by thanking everyone for coming down on a Sunday evening. They open with a stripped back version of Colourblind, incorporating both acoustic and electric guitars over an atmospheric backing track. Frontman Trenton Woodley explains that when the band was putting the set together and deciding which songs to play, it was unknown if the shows on the tour would be seated or standing at the time – hence an acoustic performance. This is something Hands Like Houses have explored before in the past, most notably with 2014 EP Reimagine, featuring acoustic renditions of 5 songs from their second album, 2013’s Unimagine.

The acoustic set included songs spanning from their last three albums as well as fan-favourite Drift and lead single Space from their new EP, which Woodley explained was (ironically) written in 2019 before the pandemic impacted our lives with social distancing measures. A combination of his dreamy falsetto and piercing scream with the band’s delicate guitarwork and complex drums (even bongos) made for a truly unique performance. The highlight of this soft first half was without a doubt the impressively captivating A Tale of Outer Suburbia, which saw Woodley effortlessly transition between vulnerable doubt and explosive frustration with earnest volatility.

After a short intermission for changeover, the band launches into the electric second half of their set with an energetic cover of Fuel’s singalong hit Shimmer. Huge distorted guitars and massive drums compliment the powerful vocals throughout with a crowd frothing at the chance to mosh again. Despite the pop rock direction of the EP, the new songs that made the cut for the second set are some of the heaviest live. It was rather fitting that prohibited stagedivers leapt into the crowd during Dangerous and fans were ecstatic to lose their collective shit for I Am near the pointy end of the set.

The electric set warranted more call-and-response participation from the crowd and saw the boys get sweaty as they let themselves flex their notorious stage presence. Woodley welcomed listeners old and new, whether it was their fifth or first time catching the band live, and encouraged everyone to enjoy themselves and look after each other. The standout song from the second half was undoubtedly the closer, with the crowd finishing the night by jumping around to the EP’s catchy banger The Water. The band admitted their surprise at the success of their latest single and thanked the fans one last time for their endless support before leaving the stage and every person in the room with a smile on their face.