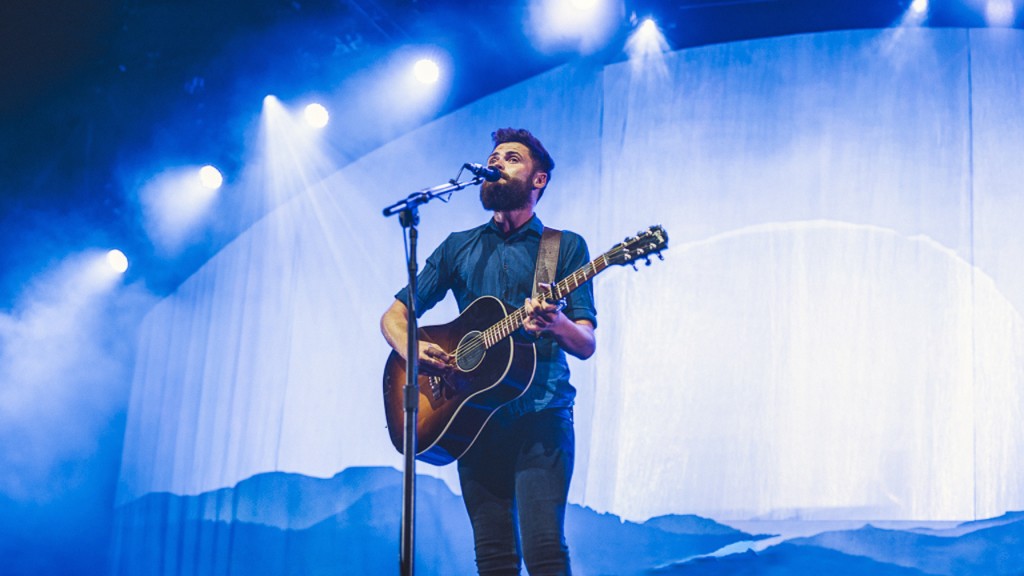 There was something so uniquely serene about sitting on a grassy hill under the beautiful Brisbane stars, listening to the outstanding UK folk musician who is Passenger. Armed only with his acoustic guitar, he filled Riverstage with the beautiful echoes of his folky tunes and completely defied his self-proclaimed title of “one-hit wonder”.

The night began with New Zealand singer-songwriter Luke Thompson playing his supporting set, prepping us for the entire night with his whimsical tone and captivating performance. Next up was all-female folk band All Our Exes Live in Texas. Complete with an accordion and ukulele, this quirky 4-piece of featuring Elana Stone, Katie Wighton, Hannah Crofts, and Georgia Mooney are as entertaining as they are talented. Watching these girls perform was an experience of its own – they had such passion and energy on stage, and their unparalleled four-part harmonies blended into such a perfect sound that I almost forgot I’d come to see Passenger!

That memory lapse was short-lived though because before I knew it the girls were off and it was Passenger’s time to shine. And wow, did he shine! Despite my forgetting to bring a picnic rug and already falling prey to my first ant-bite-on-the-bum for the night, the opening tune Fairytales and Firesides captivated the audience and coaxed us into a sense of bittersweet mellowness that would follow through till the end of the night.

“…the multi-talented singer-songwriter proved that he’s also a stand-up comedian, sprouting stories about IKEA, storage, and his adventurous life as a backpacker.”

Before moving on to Life’s For The Living, the multi-talented singer-songwriter proved that he’s also a stand-up comedian, sprouting stories about IKEA, storage, and his adventurous life as a backpacker. Despite being in an outdoor areana with thousands of other people, Passenger really has a unique talent for making it seem like the most intimate setting, drawing us in and talking like it’s an actual conversation.

The next couple of songs were taken from Passenger’s second album ‘Whispers II’, which raised funds for UNICEF to benefit malnourished children in Liberia. These couple of songs sparked a far more sombre mood, with Passenger prefacing David by telling the heartbreaking story of a man he’d met at a hostel in Europe. David had “drunk away [his] wealth” and become a homeless alcoholic with a family who didn’t want him. This was followed by Travelling Alone, the poignant story of a Gold Coast man in his 70s who had planned and saved for years to see the world with his wife, only to have her fall fatally ill shortly before their departure. This man, as well as a young woman Passenger had met on his travels, had been Travelling Alone in the saddest of ways. 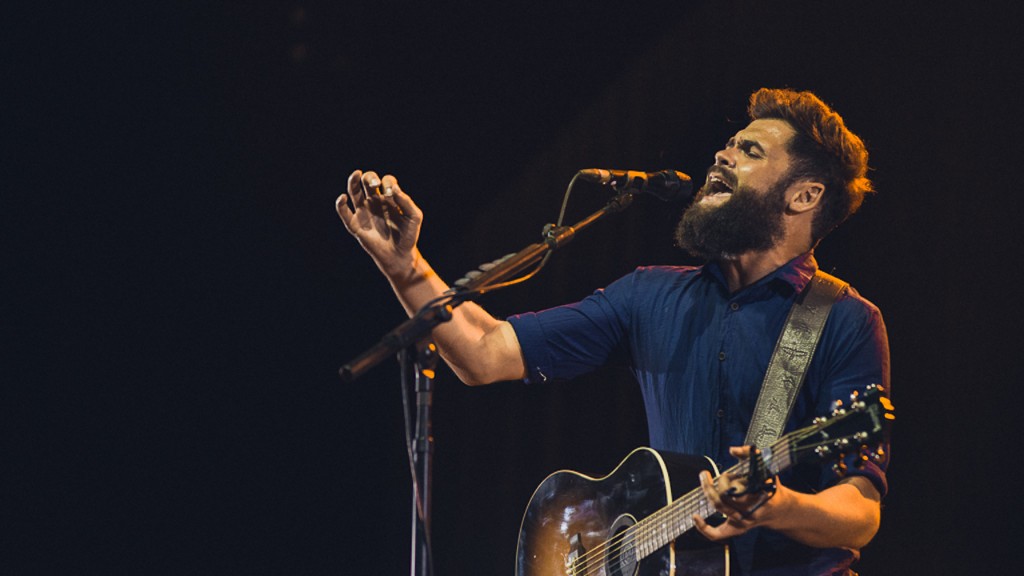 It’s a very rare occasion to have the entirety of Riverstage sitting on the edge of their seats – well, grass – listening so intently to the lyrics of a performance. It was truly something so incredibly emotional and moving to be a part of. Next up we had an enlightened rendition of Simon & Garfunkel’s The Sound of Silence before switching moods entirely with crowd favourite, I Hate. A song about hatred wouldn’t be complete without a sneaky mention of Donald Trump, so kudos to Passenger for nailing that one! This one had the audience (and Passenger himself, at one point) in stitches with its hilarious lyrics about everything wrong with the world.

Beautiful Birds was our next treat, a sneaky preview of what’s to come on his next album. This bittersweet new song had us all swaying along whilst also building our expectations high for his next release.

Not before making all our dreams come true with a British folk rendition of Sorry by The Biebs himself, Passenger finally graced us all with the much-anticipated hit Let Her Go. It was pretty clear that everyone had been waiting for this one, with the energy in the room kicking off to a whole new level and a whole chorus of fans singing along. This energy continued on through 27 Years which was dedicated to all artists in the audience, Passenger urging them to keep going with their craft even when it seems like everything’s “going to sh*t”.

“He, alone with his guitar, managed to captivate everyone in that audience with a rollercoaster of emotions and melodies…”

Luke Thompson and All Our Exes Live In Texas came back out to help the main man deliver Caravan, which was a really interesting twist on his older song. Things That Stop You Dreaming was the perfect warm-up to the finale Scare Away The Dark, which had the whole audience on their feet, dancing and singing away. Even after Passenger had left the stage, we kept cheering with the anthem of Scare Away The Dark and despite my doubts, we actually did manage to coax him back out again to perform an encore of Holes.

It was a truly spectacular show in a perfect venue, and although I was a tad disappointed he didn’t play All The Little Lights, I left the venue absolutely overwhelmed at the sheer talent and wit of this incredible entertainer. He, alone with his guitar, managed to captivate everyone in that audience with a rollercoaster of emotions and melodies, and I absolutely cannot wait until next time to do it all over again!