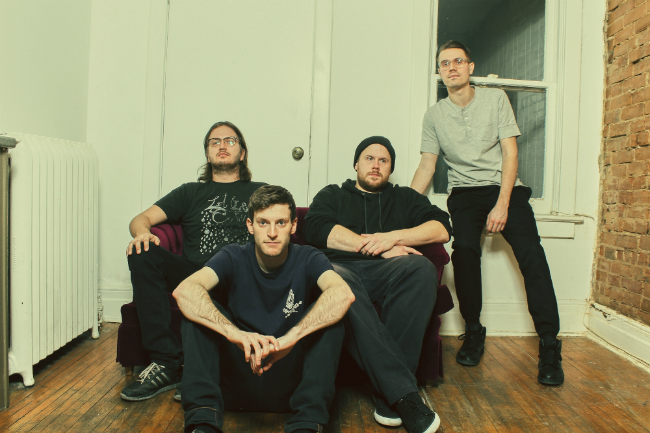 Canadian band PUP graced Australian shores for their first ever headlining tour, and it was a bloody time and a half! Having recently released their second album ‘The Dream Is Over’, Aussie PUP fans were well and truly ready for a rowdy Wednesday night.

Hot, standing shoulder-to-shoulder, and sweatin’ up a bloody storm, PUP fans waited anxiously for a whopping 30 minutes in darkness until the band’s set stage time. As soon as 10pm hit they took the stage and jumped straight into their recently released single If This Tour Doesn’t Kill You, I Will. The energy levels from the crowd were off the charts from the get-go, with frontman Stefan Babcock not even getting through the first three lyrics before the crowd had (what felt like) sprinted from the bar and smashed everyone to the edge of the stage.

“Crowd surfing, balcony dives, and pits left right and centre…it was only two songs in and easily one of the craziest live acts I’ve seen.”

Without taking a break, If This Tour Doesn’t Kill You, I Will flowed straight into crowd pleaser DVP. Crowd surfing, balcony dives, and pits left right and centre, it was only two songs in and easily one of the craziest live acts I’ve seen. But in saying that, PUP really kept their sh*t together telling the Brissie crowd to “mosh but mosh carefully, and stage dive but only if you’re less than 120 pounds or we’ll get someone to beat the shit outta ya”.

After ripping some jokes on the Aussie culture and chats about being offered MDMA on a Wednesday night, the crowd really showed off the Aussie Pride and started a “Shoey” chant until Babcock shut us all down by saying it was barbaric and began to play the next tune.

Absolutely smashing their set, they delivered Doubts flawlessly, nailing every note and getting the rowdy crowd on even more of a high every time that melodic chorus would hit. Feeling more like a sardine in a can rather than standing in a venue, there was something oddly satisfying about taking a step back and checking out the punters punching, kicking, and squirming on top of each other.

Finishing off with 2013 banger Reservoir, the crowd weren’t ready for the band to leave. Instead of hearing your usual “encore” chants, “Shoey” was being screamed. Finally, after being strongly against it the whole night, guitarist Steve Sladkowski took one for the team, downing the shoey like an absolute champ. PUP finished off the set with a cover of Weezer’s El Scorcho.

PUP is definitely a band to see live, but be prepared as it gets absolutely ratchet! Thank you PUP for delivering a ridiculously energetic set and making a usual Wednesday night in, a killer night out!