It’s always a proud moment when you remember that 3-piece electronic indie-pop band SAFIA are from our beautiful land, and last weekend they blew us away with their first ever show at Brisbane’s The Tivoli.

SAFIA were met with a huge crowd that filled almost The Tivoli, from down below to the balcony packed with fans. Their set began with Home, the eleventh track from their debut album ‘Internal’. Lead vocalist Ben Woolner’s rich tones mixed with the crowd’s as he sat at the edge of the stage singing with them. The rhythmic synth clicks let the crowd also clap in time with the band, and Bell’s cymbal beats were even heard from up top at the balcony.

The moment the eerie darkness of Counting Sheep took over, the crowd screamed and applauded with excitement. The visuals for this track were one of easily the most captivating as they fit perfectly in with the track’s bizarre and Tim Burton-esque feeling, displaying a tiki like figure walking through the streets of dancing buildings. Once the chorus hit Woolner called out for everyone for bounce and the visuals became blaring red as the chorus was sung out, “Tick-Tock/ Make me creep/ Never ending/ Counting Sheep/ Never get no sleep”. The tikis grew not only size but in number with each chorus drop leaving you unable to look away.

With a bit more of a lighter tone, Fake It Till The Sunrise almost seemed to bring the cosy warm spirits of autumn. The soft glow of red that covered the band matched with the tracks more upbeat and tropical feeling rhythm of synths and guitar strums by Harry Sayers. The visuals behind them played with a slow rotating autumn tree and leaves falling in slow motion, yet still in time with the beat of the song.

Bye-Bye is easily one of their most interesting tracks the trio has released since Counting Sheep. But in a different twist to what’s recorded on the album Woolner suddenly belted out the start of the Gorillaz’ Feel Good Inc. showing they know how to keep their tracks and live performances fresh.

As the night came to an end, to the prevailing of the crowds chanting of “One More Song!” SAFIA returned for an encore. But they were faced with technical difficulties and had to leave the stage for almost five minutes. Despite this, the trio returned and were back in action to give their fans the performance they deserved. 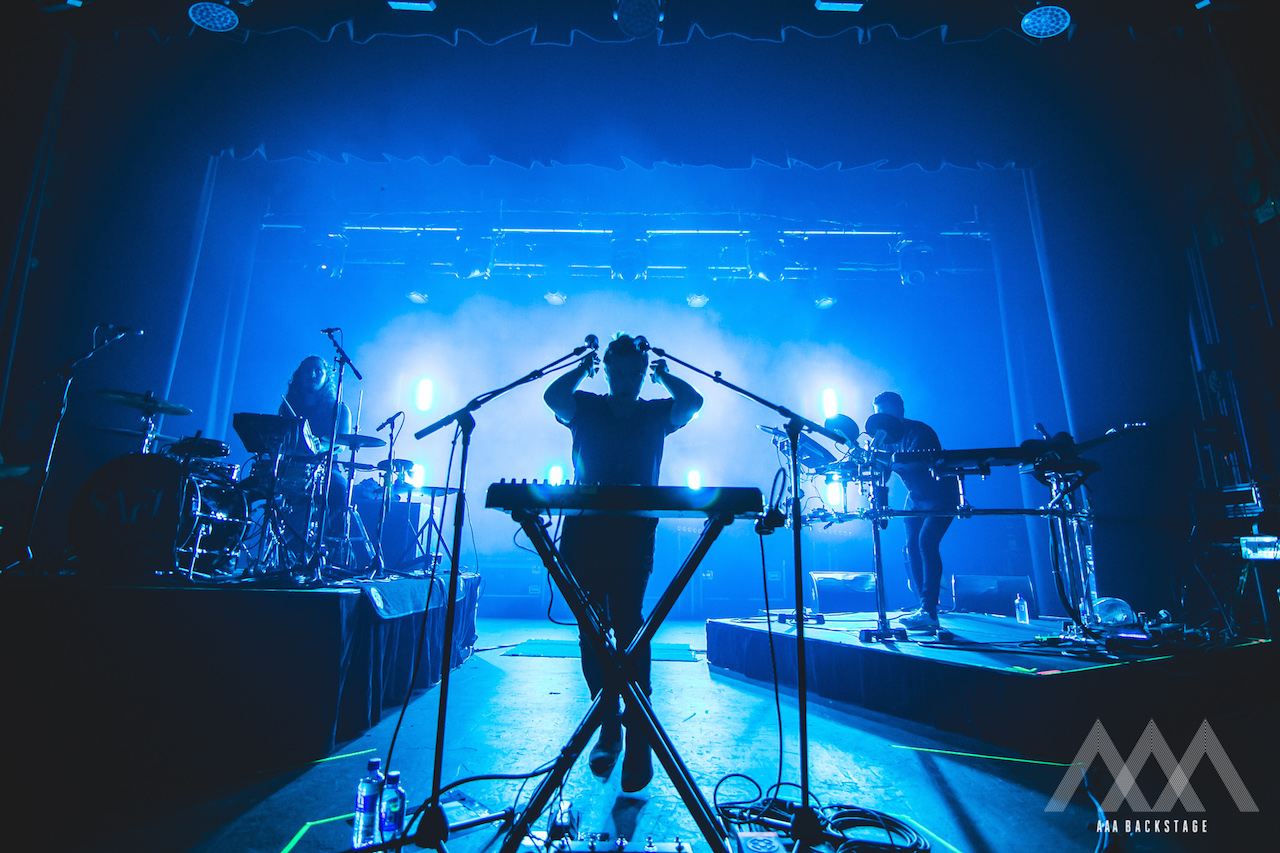 They concluded their set with Woolner’s lush falsetto vocals in Go To Waste. A soft purple glow washed over the trio as the Bell’s rhythmic drumming played in time with Sayers’ piano melodies and a plethora of pulsating bass synth lines. The technical difficulties only made the performance more exciting, to be honest.

SAFIA’s set was full of groove as their electric indie pop sound flowing seamlessly with the well-crafted visuals. No two songs sound the same, as they even made some of their songs a bit of a remix. SAFIA can definitely return to Brisbane anytime they like!