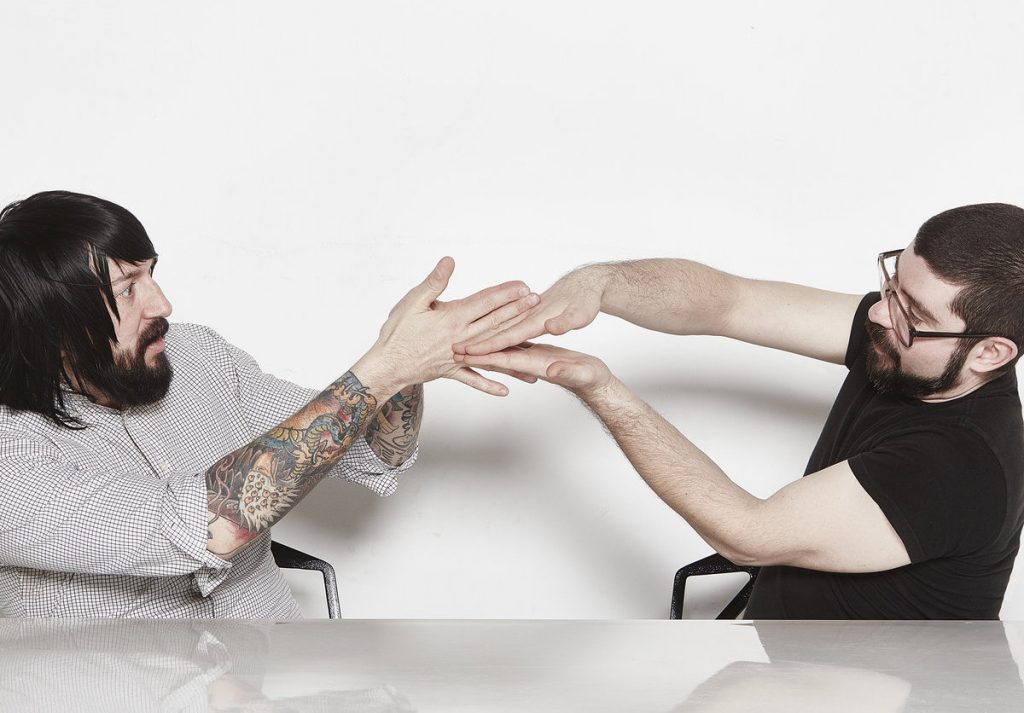 Out of nowhere, the masters of the underground, MSTRKRFT, have dropped a throbbing surprise single, City Violence. It’s been three years since the duo—comprised of Jesse Keeler, of Death From Above 1979, and Al-P—released their incredible album, ‘OPERATOR’.

City Violence continues MSTRKRFT’s more noisier, harsher and industrial sound that the duo coined on their previous album, which spawned such heavy hitters as Runaway, Little Red Hen and Death In The Gulf Stream. The new single hits hard with pounding kicks and glass-splitting synth punches. City Violence is just as glitchy and maligned as we’ve soon come to expect from the duo, but it throws in some cryptic vocal chops with plenty more distortion.

RELATED: The Chemical Brothers are touring Australia with The Avalanches. Read more HERE.

City Violence capitalises on their ‘OPERATOR’ sound more than ever, directing into a more industrial, hard-tech noise. In our eyes, we couldn’t be happier as MSTRKRFT sound more resolute than ever.

In addition to the hardcore new single, the dance-punk group have also launched their new label, ORO. With it, they promise to release one new track every month, with City Violence being the catalyst to this experiment.