Our 5 Top Tips For Staying Safe In A Mosh Pit 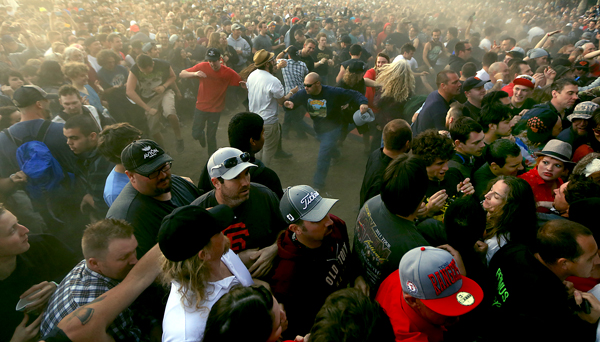 Mosh pits can be kind of scary for first timers. Hell, sometimes they can be scary for people who consider themselves seasoned veterans. But we’re pretty sure even the most experienced mosher would find the mosh simulator uploaded on reddit this week creepy as hell!

Earlier this week, reddit user Sosowski posted a video of a game they had attempted to make, with the title “I wanted to make a mosh pit simulator but it turned out really creepy!”. They weren’t wrong! The video of the game features faceless grey humanoid figures pushing each other and flinging themselves across the screen. Click HERE to check it out, but only if you plan on not sleeping tonight. 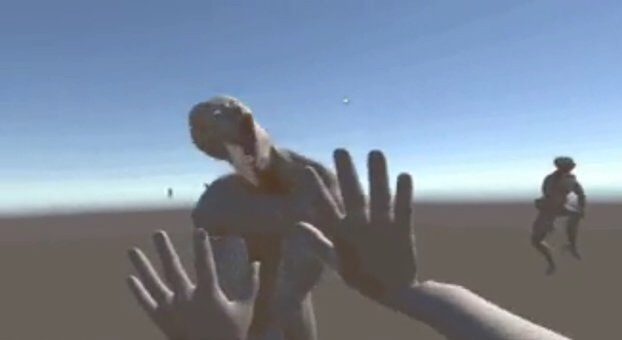 Another slightly creepy thing that happened this week involving live music crowds is the whole debacle with the selfie girl getting physically kicked off stage by the singer of The Story So Far. TSSF singer Parker Cannon supposedly drop kicked the show goer after she hopped up on stage to take a selfie with the band during their set.

With so much talk of the rights and wrongs of live show etiquette, we decided to compose our own list of the rules to abide by to have a good time in a mosh pit.

5. Don’t pull someone into the mosh who doesn’t want to be there.

Imagine, you’re seeing one of your fave bands, having a good time, and then BAM! some tool has grabbed you and pulled you into the middle of the pit. If someone is standing on the sideline, it means they don’t want to be involved. That’s cool, respect their decision.

This applies to life too. Mosh pits can get a bit messy, with all that energy pulsing around, and accidents happen. But don’t go in the pit just to start a fight. If you do accidentally hit someone, clap them on the shoulder to let them know you’re sorry. See also: Don’t cop a feel (just don’t be that person).

Like not hurting people, this also applies to life. If you find a shoe on the ground, don’t just peg it back into the crowd. Shoes can hurt when they collide with a face. Similarly, if water gets handed back through the crowd from security (and it has somehow managed to make it into the mosh), take a sip and pass it to someone else. DON’T THROW THE HALF FULL CUP OVER YOUR SHOULDER. Seriously, you’ll have made enemies with everyone in the general vicinity who were eyeing up that water as their salvation.

They’re there to keep you and the band safe. Don’t try and pick a fight with them (you’d probably lose, anyway), and PLEASE don’t throw things at them. They have to stand there the whole time with their back to the stage, keeping an eye on the crowd, looking to see if anyone needs help. Please be kind to the live music lifeguards.

1. If someone falls over, pick them up!

This is the most important rule on the list. There are few worse feeling than falling over in a mosh pit and seeing dozens of boots stomping way too close to your tiny human fingers and head. If you see someone fall over, lift them back up! I guarantee you’ll be a fairy god-person to whoever you just saved. On a similar note, if someone is hurt, pick them up and with the help of the crowd, have them carried to the front where security can help them out, and they can get the medical attention they may need.

Follow these rules to have a happy, safe time. Or you can disregard everything said above, and just watch this hilarious video of the correct way to mosh to A Day To Remember.