PREMIERE: The Marion Cranes Conquer the Stars in Video for ‘Wondering’ 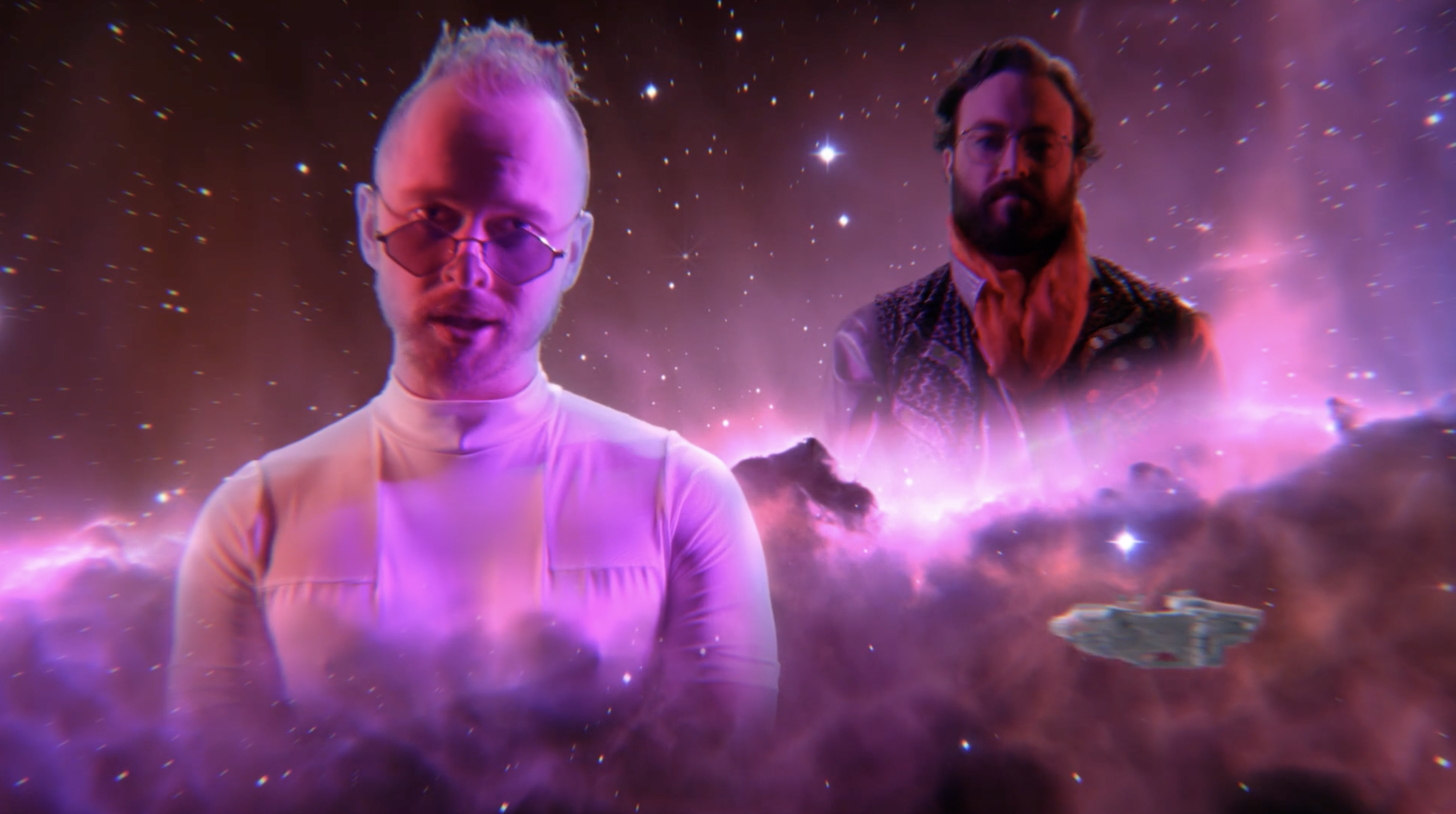 Melbourne-based pop duo The Marion Cranes have set their intergalactic dance moves and tight rhymes to stun in the video for their latest single Wondering, in a tongue-in-cheek sci-fi adventure. Think retro-future body suits, slick visual effects and just the right number of space neckerchiefs accompanying the pair’s most recent dancefloor anthem.

Following the tale of two space captains who have been “presumed dead (but in a sexy way)” returning from the deepest, sexiest region of space, the clip is a killer visual panoply of sci-fi homages, camp costume and design, and a generous helping of throwbacks to Nikki Webster’s 2001 era-defining hit Strawberry Kisses. Think the pinkest, flashiest lovechild of Captain Kirk, Empire of the Sun, and Katy Perry’s E.T. clip, and you’ll land in the right quadrant of the universe.

The track itself is a gay dance floor anthem that wears its sexiness, and it’s humour, squarely on its sleeve – this might not be one to share in the lounge room with Nan (well, depends on your Nan, so maybe go nuts). Lines like “It’s Sunday morning/You wanted sex, I wanted coffee/Breakfast is the most important meal of the day“, are delivered hilariously deadpan next to a rap break filled with lines like “Looking for a slice, I ain’t giving you a bite/I’m keeping all my manholes sealed up tight.”

While the clip is looking like a James Cameron production, it was actually pulled together in a Melbourne demolition site that was once home to Sing Sing Studios. The duo, alongside video producer Logan Davies, were proud of the location shoot, as they loved the idea of a construction crew one day opening up a non-descript warehouse to find a pink space ship sitting there in all its glory.

Self proclaimed “homo pop darlings”, the Marion Cranes have been going from strength to strength in the last twelve months, with massive performances at Sydney Mardi Gras, Midsumma Festival, and Brisbane’s Big Gay Day, sharing the stage with Electric Fields, Mojo Juju and The Veronicas, just to name a few. Their live shows are a blast, between great choreographed booty drops and the kinds of mesh shirts that we earthlings wish we could work into our wardrobes.

The duo are set to launch new tracks later this year, including hints towards a collab with a Princess Superstar, but in the meantime, we’re just glad to be launching off into a new galaxy with this stellar clip – check it out below!