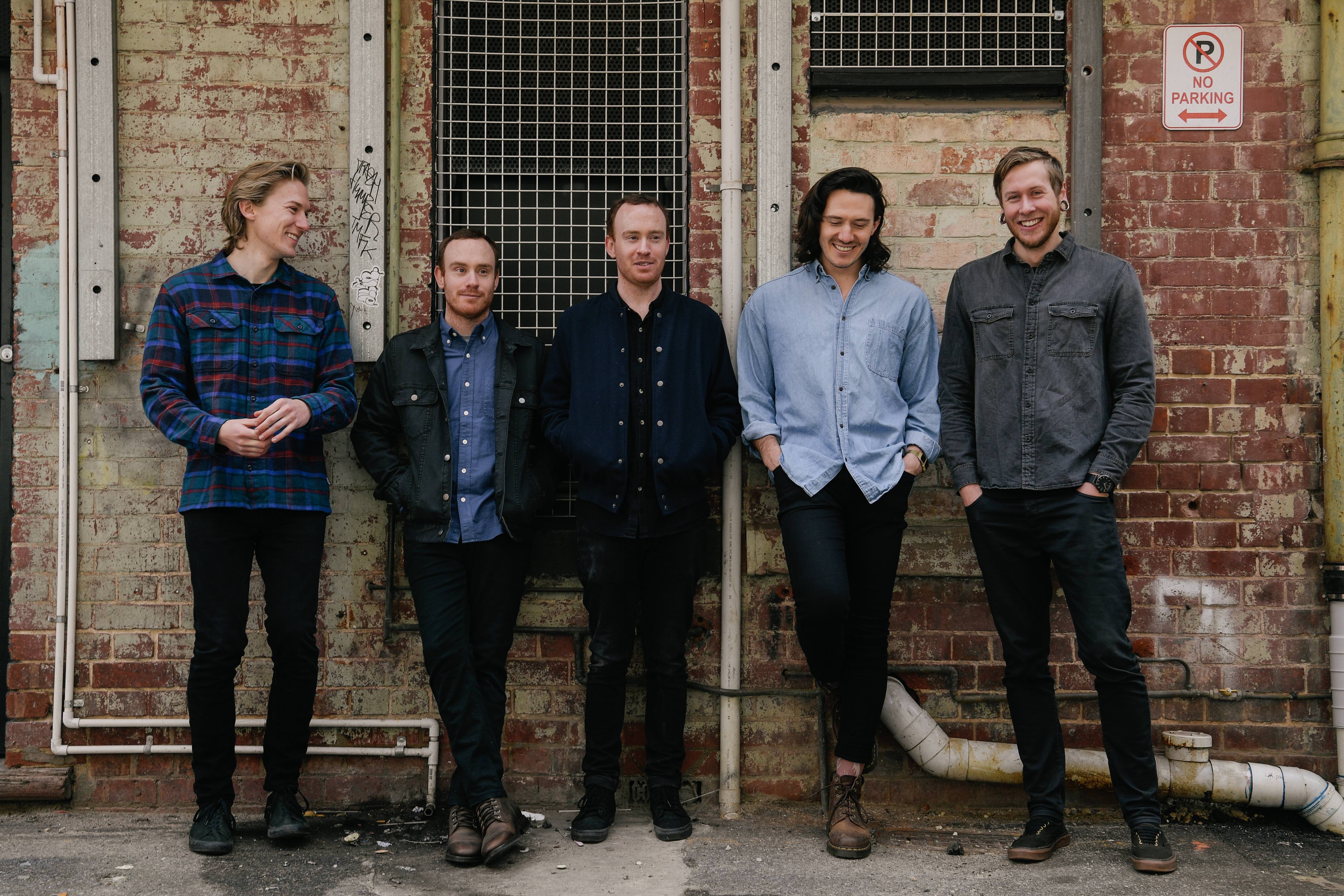 There’s an undeniably special quality to Lost Woods’ music. On Cinnamon, the Adelaide five-piece’s latest, they syndicate intermingling guitars with the undercurrent themes of loving your childhood friends. It’s a song that screams nostalgia and it completely warms the heart. Lost Woods have some remaining tour dates behind the single, so we got Pete and Tom to chat about touring essentials, their younger selves and the feeling of getting older.

The song is a homage to childhood friends. Have there been people who’ve loved the band from day one?

Pete: We’ve definitely had some regular attendees. I think the biggest fan award would have to go to my old house mate, Emma. She attending super regularly from day one. She has since moved to London but still manages to like almost every post. She is an absolute legend!

In retrospect, would your younger self ever believe some of the stuff you’ve been through as an adult?

Pete: Definitely not. I got into singing and guitar as an adult, which is later than most people do. As I was growing up, I was through-and-through a basketball guy. Life took some interesting turns. Still kept the same school pals though, so there was some consistency… hence Cinnamon.

Is growing old still a scary realisation to you?

Pete: I think the “getting old” thing hits you pretty hard. Once you stop giving a shit about achieving goals and ticking boxes, you relax and probably end up achieving more. Obviously you have to stay driven but you learn to keep it balanced.

The interwinding guitars are really something special. Does this come together live in studio?

Tom: Thanks heaps! No, not really. Studio time is expensive, so we have all the guitar parts worked out, demoed and rehearsed before we head in to record. That being said, we always try and experiment as much as we can in the studio and get new sounds.

What is the studio environment like for the band? Collaborative or solo before coming together on the final product?

Tom: It’s a mix of both. One of us generally writes the bones of a song at home and then we flesh it out as a group and experiment with it. Sometimes the song is unrecognisable from the demo once it’s fleshed out, sometimes it barely changes. For example, Cinnamon is quite different from the demo. There’s all the added atmospheric samplers, organ and keyboard, and the bass and drum grooves are drastically different.

A notable shift in sound on this track. Was it the lyrical content which spurred the changing sonics?

Tom: Not so much the lyrical content, it’s more due to the quality of Pete’s voice. He has such a distinct and delicate voice, definitely our biggest strength in the band. we felt we weren’t letting that come through as much on our older songs. This song we focused on giving him space to really shine by dialling back the overdriven guitars, and instead tried to create a nice atmosphere for him to flourish.

Still a couple of shows on the tour. What are some essential touring tips from Lost Woods?

Pete: Eat vegetables and drink water. Try to maintain your personal hygiene as best as possible—being in a car with five sweaty dudes is gross enough. Hangout and get to know people at the gigs because that’s the best bit, but remember to go to bed.