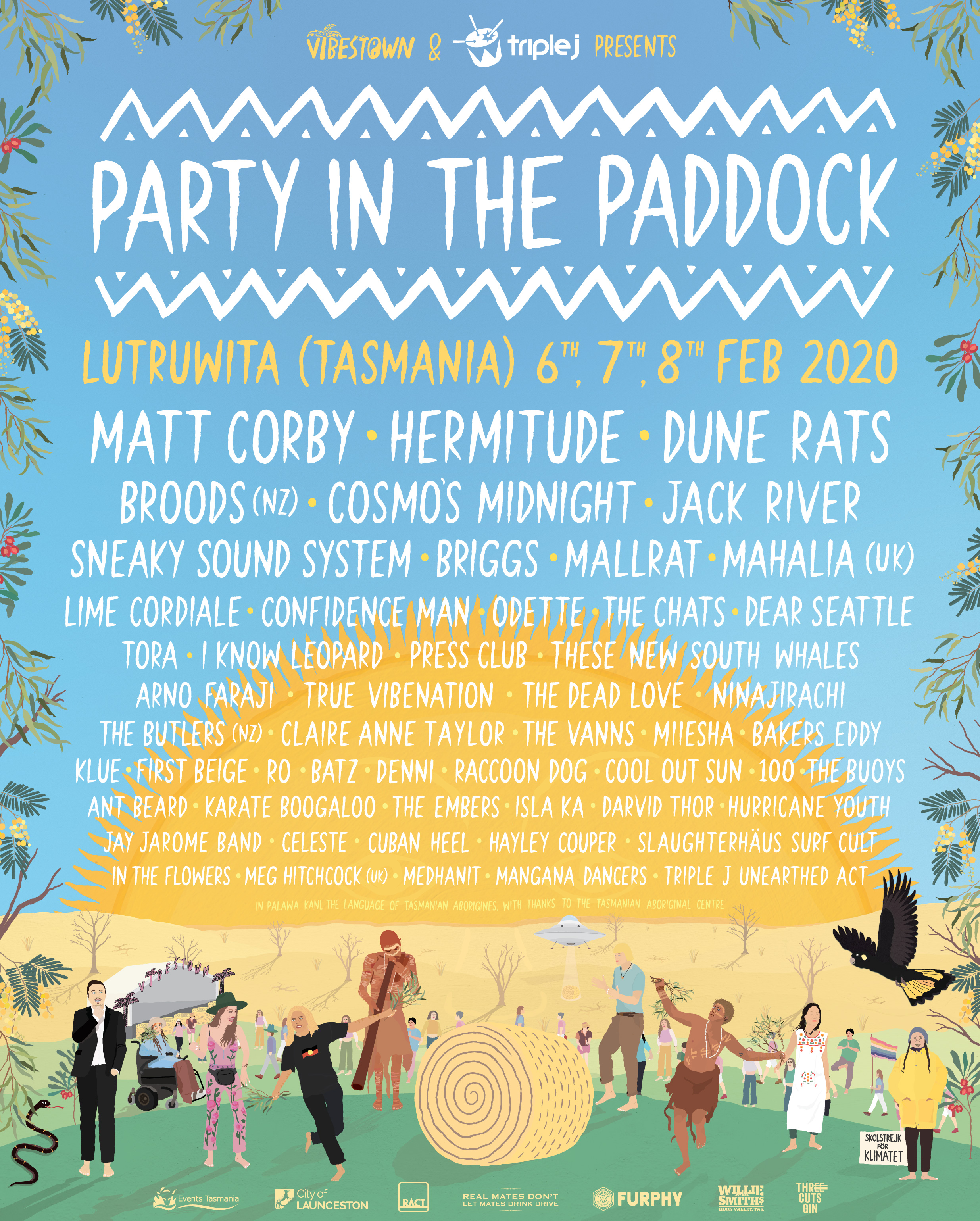 Tasmania’s notorious and much loved festival Party In The Paddock is officially announcing that the 2020 event, taking place from 6th-9th February next year, will be the final PITP ever…

The Vibestown Productions team wrote, “One of the hardest decisions of our lives, it feels like we’re saying goodbye to a dear old friend, a loved one… like we’re putting down the family dog… But we’ve had to be really honest with ourselves. All things – no matter how special – must at some point come to an end, and we want the most special project of our lives to go out on top. We believe that PITP is at the top of it’s game and ‘only the good die young’…”

It’s an iconic story; a group of barely-in-their-twenties kids decide that they want to put on a proper music festival, and somehow, despite all of the odds, manage to pull it off.

“This thing that started back in our early twenties, as a WILD and fairly innocent party,” said the organisers. “We invited our mates and they invited theirs and it just kept growing, until the smell of an independent music and arts festival was in the air. The council tried to close us down, and tragically, one of our best of friends passed away overseas on the eve of the first official PITP back in 2013… But whatever came our way, one thing was certain – Party in the Paddock, Tasmania, was meant to be.”

For nine years straight, PITP has made special memories from the beautiful surroundings of Northern Tasmania. Having sold out the last five years of the event and gaining a colossal reputation for punching above its weight, booking both the biggest bands in the country and international superstar headliners like last year’s Lily Allen, PITP has exceeded everyone’s expectations, including their own. From 500 people at the first unofficial festival back in 2012, for founder Jesse Higgs’ 21st birthday party (back then the actual stage was made of hay bales), to the Paddock’s maximum physical capacity of 8000 patrons in 2019…

With a huge final line-up for 2020, including an all-star Australian cast of Matt Corby, Hermitude,Dune Rats, Broods (NZ), Cosmo’s Midnight, Jack River, Sneaky Sound System and many, many more, with the line-up looking set to grow, the event will be the biggest and most memorable PITP ever. The team having leaked via a Facebook post that they will be inviting back festival favourites from past years… “Oh and by the way… We’re inviting a few special guests back to help us celebrate.”

The final Party In The Paddock takes place on Thursday 6, Friday 7 and Saturday 8th of February at White Hill, Tasmania. Tickets are moving quickly and with this announcement it’s sure to sell out so get yours now! Rest in party!