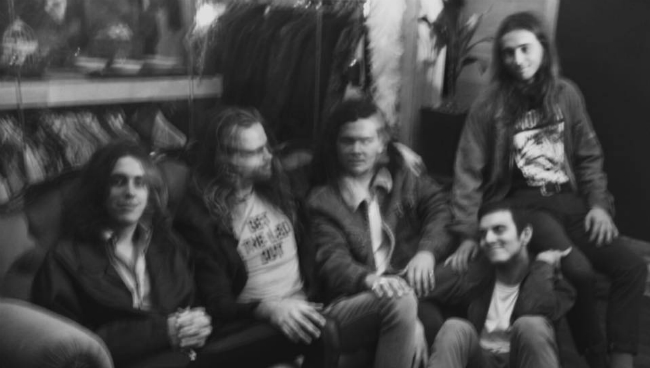 Lotus Ship are a Gold Coast band that claim they lay down 70s style psychedelic funk “that your Dad would be proud of”. In our opinion, they do exactly what it says on the box. Ahead of Shakafest in their hometown, we got some questions to them about their skating and Shakaing!

When’s the best time to throw a shaka?

If I’m not making music for Lotus Ship, or getting pitted, or grinding a rail, I’m throwing a Shaka… bra

When’s the worst time to throw a shaka?

Apart from shaka-ing, how do you express you’re having a good time?

If you were responsible for setting the dress code for Shakafest 2016 what would you make mandatory and what’s prohibited?

We would make everyone naked so that we feel better about the size of our weiners.

On a scale of zero to Tony Hawk, what is your skateboarding ability?

If you had to make a new skateboarding trick what would it be and what would you call it?

It would be called ‘the ollie’

Oh wait, I already invented that trick. Next question.

For the uninitiated, how do you describe your band’s sound and live show?

It’s music that you can shamelessly dance to, from the pretty ladies, to the guys who usually stand up the back with their arms crossed watching the ladies..we gon’ give you da funk..and you gon’ like it

Why should punters at Shakafest 2016 check you out?

Well the tickets are so expensive because we are on the bill, so it’s common sense really.

What are three things people should know about your band?

Lastly, what are you most looking forward to about Shakafest 2016?

To play on stage in a dress to hopefully a massive (naked) crowd!!