There’s something magical about starting a new year in the throes of all the excitement and anticipation of a music festival. There are also plenty of less-than-magical bits, like torrential downpours and sunburn, but if 2017 taught us anything, a counter-balance tends to exist for every downside. Here are some tips to start your New Year right courtesy of the frontrunners on the Falls Festival lineup 2017/18.

Confidence Man drew quite a crowd, and there were no regrets about following the foot traffic, even when rain began to fall. As the crowd grew, so did the moshpit energy, looking on in curiosity at the two people on stage dressed in what looked like black burqas. Minutes passed and the rest of the band emerged in white, dancing as though confidence really was the only important ingredient in a winning set. Combined with their synchronised dance moves, it was more than enough to get the crowd moving. Their hit Boyfriend (Repeat) was the undisputed set highlight, and even as the set drew to a close, the energy was still at a high. 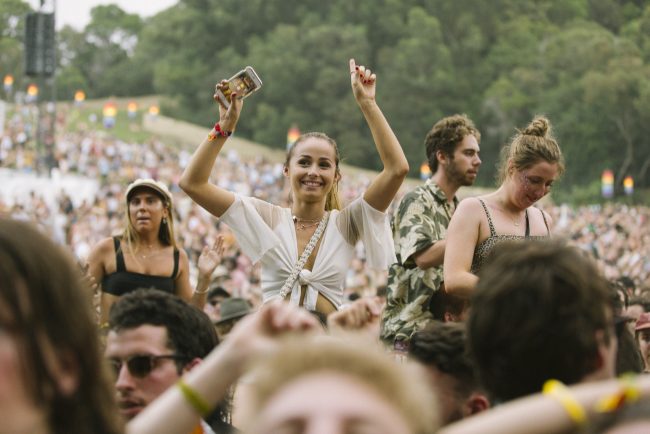 Daryl Braithwaite is an Australian classic, and his Falls set proved fancy costumes, dance moves and set designs all pail in comparison to good old-fashioned vocal talent. People piled into the main stage in droves, the mosh pit pulsating with fist-pumping punters. The performance was punctuated by casual singing lessons, footy banter, and microphone dramas, and amidst all of that, the music stood independent.

Hits like Howzat and As The Days Go By were like the entrée to the main everyone was waiting for, and when that moment finally arrived, it was glorious. A roar went up from the crowd alongside the opening notes of Horses, and of course the singalong to follow was legendary. Good ol’ Daryl’s set was gimmick-free, and it set a high bar for the acts to come on the bill.

The Byron crowd understood one thing perfectly: when The Jungle Giants say jump, you don’t not jump. If their set in Falls Byron is any indication, these larrikins are not the types to stand still, and that suited the crowd just fine. Bodies moved like ripples in a lake to the rhythms of the bass through On Your Way Down, the electric guitar riffs winning ears across the parkland, and that was only the beginning. Through I Wouldn’t Wanna Be Anywhere Else, the cruisy vibes of Waiting For A Sign, and the pure emotion of You’ve Got Something, the excitement never waned, despite lighting which produced a similar sensation to being hit in the face with a torch. Also, thanks to the band members sporting long hair, on-stage head banging was a visual highlight.

Be A Team Player

Thundamentals are like sugar and Weetbix: you wouldn’t have one without the other. Really, no one likes plain Weetbix. While their set might have been lacking some sugar, their togetherness was impressive. The hills around the stage were swimming with people, and the stage flooded with a cloud of smoke.

The highlights included such magnificent lines as “the only beef I’ve got is in noodle soup” and “when I say four, you say 20”, along with their cover of Matt Corby’s timeless hit Brother. Testament to the energy on stage, the whole crowd was on their feet dancing, swaying, or merely holding each other up as the evening fatigue set in. 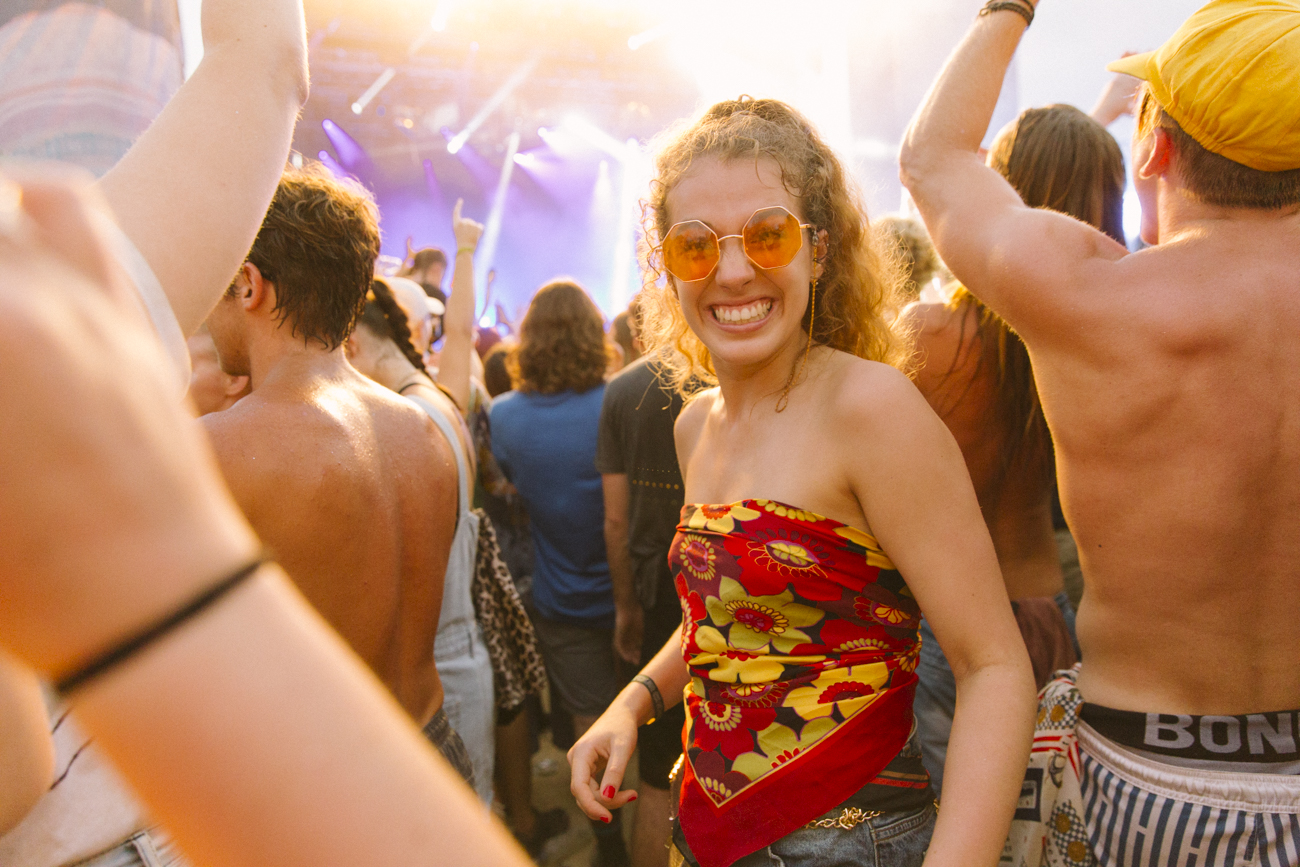 Make Your “Live” Better Than The Recording

The crowd were like dominos in reverse standing up as Foster The People hit the stage. From the outset, an effortlessly cool vibe came through, heavy on electronics to deliver a modern dance feel. It was an energetic performance from all sides, and frontman Mark Foster was dressed for the workout in what looked almost like a gym singlet.

Through Doing It For The Money and Houdini, the sea of onlookers showed no sign of dispersing, and even when the lighting seemed bright enough to cause a seizure, Focus On Your Ability had eyes anchored to the stage. It might have had something to do with the moonwalking.

Most of the set sounded different to the Foster The People fans of old might have been familiar with, but no matter how far they strayed from tradition, Pumped Up Kicks was always going to deliver the closer the set deserved, paired with Psy-style dance moves to bring out the husky tones of reminiscence.

Start As You Mean To Go On

Flume’s trademark cubic set took a while to prepare, and after 45 minutes the crowd was growing restless, but only a small number enough so to leave. A giant flower obscured the EDM prodigy, making for a great build up of suspense, but once the view was clear, the familiar sounds of On Top and Lose It brought a beautiful familiarity to the set. Flume took on the appearance of a magician crafting potion in eerie green light, and it seemed to do it for most of the 20-somethings in the crowd, especially at the point of 11:59pm as 2018 approached. After the count down, the confetti, and the couples had their respective moments, there was still an hour of the set left, but many began the journey away from the Valley stage just as the oddity that is Wall F*ck began to play.