Steven P. Is An RnB Savant On ‘Naked’ 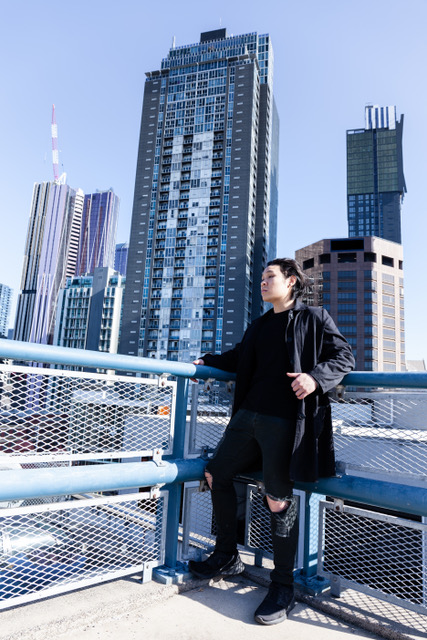 Steven P. is an RnB savant. Coming from a singular, perpetual viewpoint, Naked is the artist’s debut single and, interestingly, his first song ever written and recorded. Needless to say, he’s off to a good start.

On Naked, Steven P. interpolates newfound introspection and sincerity. His pretence of honesty is evident in soft, woozy vocal chops and downtempo production. As he flips from his soaring RnB to cutthroat hip-hip, it merely solidifies his cyclical and complex persona. Far be it from the stereotypical RnB breakup songs that scatter the genre—Steven P. uncompromisingly and surprisingly shakes the genre to its core.

As the song title suggest, Steven P. takes Naked both literally and figuratively. Synths and production work flairs in the background—a palette of light pianos and intricate percussive clicks. His voice, on the other hand, wobbles like his contemporaries—the Weeknd, Joji and James Blake, the acolytes the proceed him.

The song is a raw delivery of missing an ex-lover. Steven P. bares all on the track.

“It symbolises the entire post-breakup stage, which is what I was going through when writing the song. The ‘want-you-back’ phone calls, the insomnia, the heartbreak, and of course the breakup sex. It’s so hard to just cut contact with someone you fell in love with, and so if there’s one thing I’ve learnt; it’s that love really is a drug,” explains Steven.