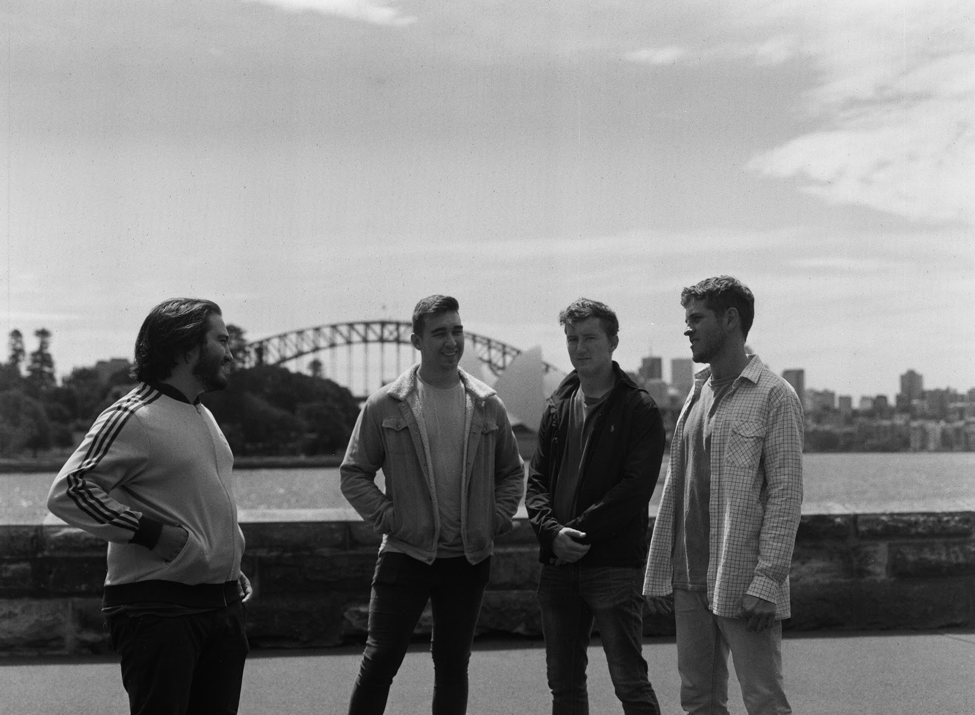 Sydney’s Highline today return with Chasing Heaven, a charming new addition to their catalogue of delightful, yet stirring indie rock. Alongside the new release, Highline are thrilled to announce the release of their second EP Off Track, due out on Thursday May 13. To get to celebrate the release and to get to know the band a bit better we threw them the aux cord to find out what music they’re digging at the moment.

Smiling With No Teeth – Genesis Owusu

This song hits you mid way through a pulsing album with the most beautiful chorus. The way the song builds the beat and the vocal melody as it progresses makes it so hard not to sing along.

Recently, I (Jim) finished listening to all of The Rolling Stones’ albums, and I’ve been bumping this song a lot since. When it comes to discovering new artists, I’m pretty methodical. I like to check out a band/artist’s discography from start to finish in chronological order. It helps to understand the development of the band over time, and see where and how different elements came into their sound. With the Stones, over time they brought in more funk and afro-cuban groove to their songs, and it worked well. ‘Slave’ has a really fat groove to it. The bass and drums make this song. When we play live, usually whilst Sam is swapping guitars, we like to do little funk jams, and this could be a good option.

This is the best Like A Version of the year by far. The first lyric of the song rings out from a 4-woman strong wall of sound. It’s really cool to see what started as a slow, American, mainstream pop song turn into an Aussie rock song.

This song is really sad and beautiful. Perfect song if you’re feeling a bit down or exhausted. The lyrics have some nice metaphors that reflect tough emotional times, such as “I’ve been going through the seasons”, and “an emotional iron deficiency”. Can’t wait to see her play before Spacey Jane on their tour.

This song, like a lot of King Gizz songs, is hypnotic. It has a nice, heavy rhythmic drive to it, plus it’s got the infectious energy that King Gizz is known for. The microtonality in the guitar and flute gives a cool exotic sound. These guys keep pumping out albums that break the boundaries of rock and it’s awesome to hear.