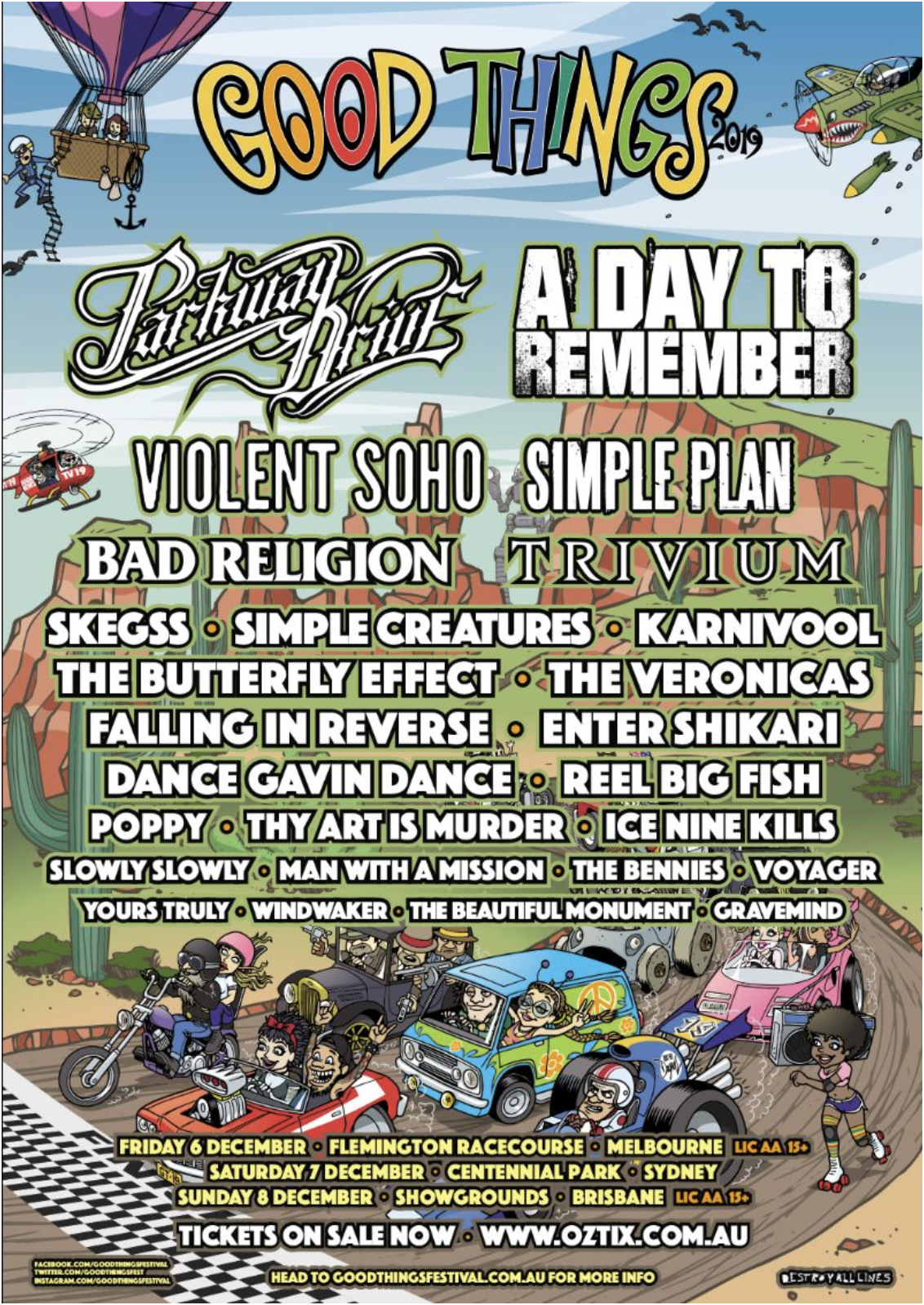 Vocalist, Clint Boge states “More than bristling at the chance to play alongside our great mates Karnivool, on a great bill full of amazing bands for a huge festival, Good Things will Rock!”  He adds, “If someone had told me that more than six years after leaving the band we’d be back together, stronger than ever and playing Good Things, I’d have told them they were dreaming. But here we are. I never thought I’d be playing another show with The Butterfly Effect, let alone a festival like Good Things, its f#cking huge, I’m stoked, what can I say?”

Under their sleeve, since there 2008 release of Final Conversation of Kings, new single Unbroken, released in August, has topped Aria Charts and has fuelled a run of nationwide sold out shows. With an amazing catalogue, discography and worldwide accolade, Australian Fans are in for a treat this December!

Parkway Drive | A Day To Remember

The Butterfly Effect | the Veronicas

Slowly Slowly | Man With A Mission | The Bennies