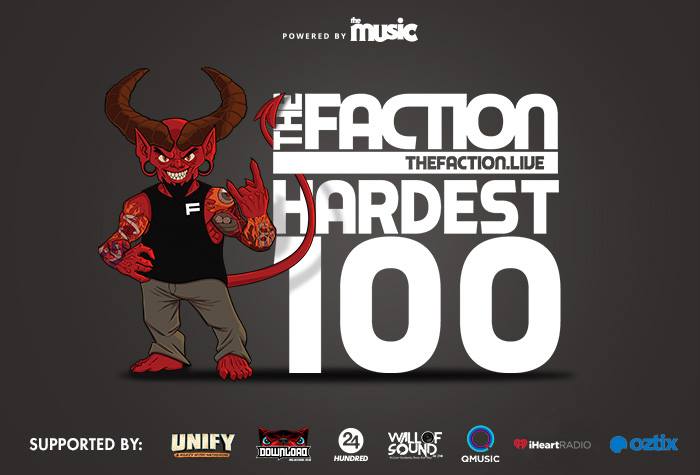 The first of its kind, The Faction—a 24/7 heavy music online radio station—held a countdown of the top 100 heavy songs of all time over the weekend. Voted by the public, and receiving more than 15,000 votes worldwide, the official countdown was a huge success and, like always, started a massive discussion of which band should have got the top spot.

Taking the coveted #1 position is Architects’ Doomsday! Considering what was in the top 10, this seemed like an odd choice. However, there was pure gold all the way through including Metallica, Parkway Drive, Black Sabbath, A Day To Remember, Rage Against The Machine and more.

Both Metallica and Parkway Drive tied for most songs in the countdown, ranking in a respective seven entries. Australian artists got a sliver over 20% of the share with artists like The Amity Affliction, AC/DC, Northland and Karnivool scoring spots. Polaris’ Lucid was the was recent entry into the countdown!

The countdown was a celebration of all things heavy music. As described by The Faction Content Director Tim Price.

“The votes from The Faction listeners have produced a stunning list of songs that prove why metal is among the most successful genres in the world. From Black Sabbath through to Architects, just as The Faction is a celebration of metal in all its forms, The Hardest 100 has well and truly delivered a flag to wave for the genre,” explained Price.

See the full 100 list below along with the official Spotify playlist. Like the sound of a neverending heavy metal, punk and hardcore radio station? Stream The Faction HERE all day, every day.

The Faction Hardest 100 Of All Time