The Grogans Crank It Up On Their Latest Album, Day/To/Day 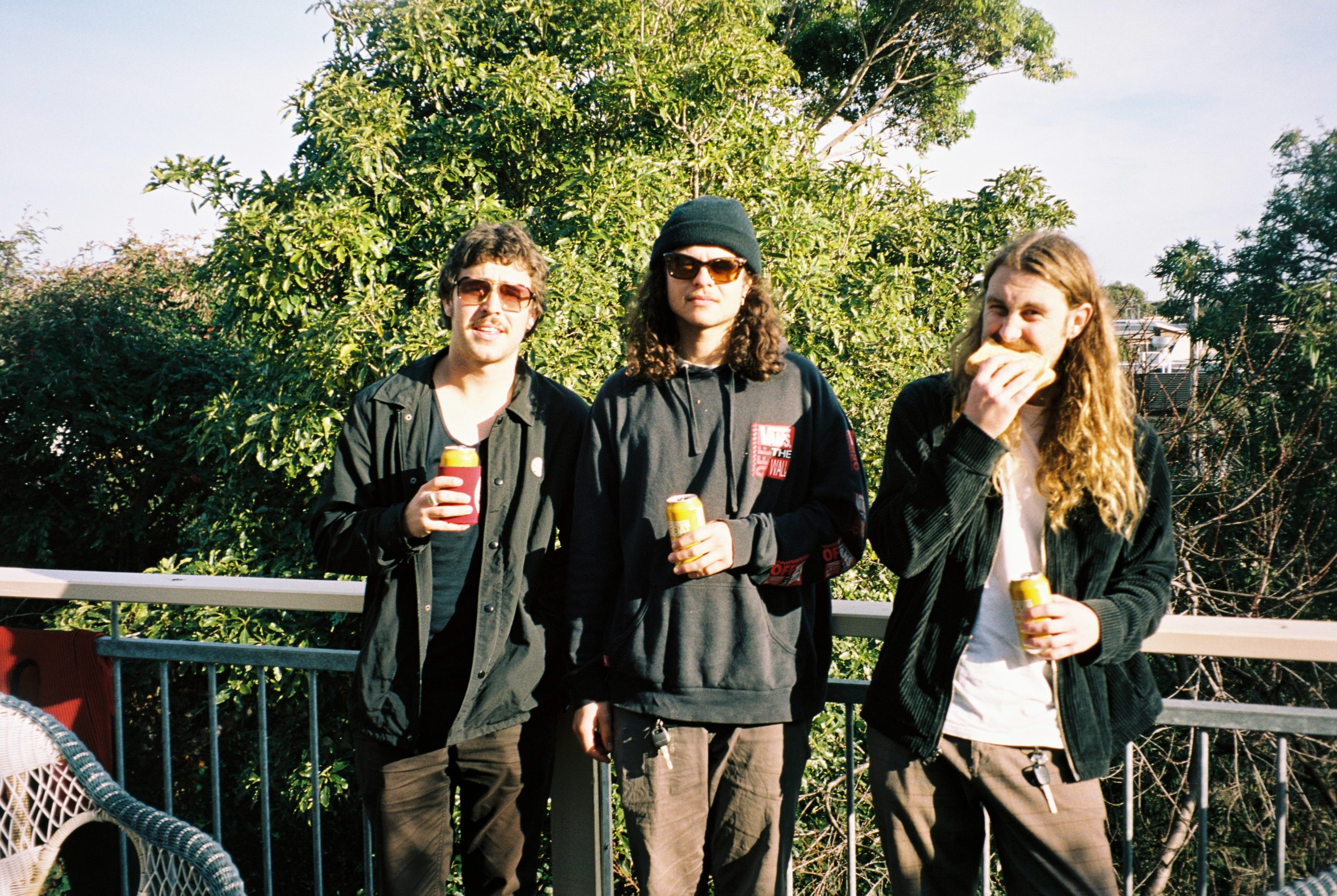 Melbourne psych rock trio The Grogans have just released their second studio album, Day/To/Day. It’s twelve tracks of pure sunshine infused surfer rock that is sure to catch your attention from the first press of that play button.

Day/To/Day is not just your run of the mill surf rock/psych style album. It has it’s own identity in the mix. Swirling guitars, lo-fi mixed drums and unique vocal effects make for an album that almost sits in the classic category. Tracks like Woke Up Feeling Alright give you that real beach vibe, ideal for listening on those warmer road trips from beach to beach. While tracks like Gravel Road Blues and Teach Me have more of a night-time feel that set the scene aside a beach bonfire.

As a whole the album draws on an earlier sound. That of beach culture from another time. The Grogans seem to add their own modern fidelity however. Subtle hints of The Beach Boys sound with a touch of a more-new age feel from the likes of Wavves.

“We wanted to build off of our last album and EPs, writing songs that we enjoy playing and listening to. It’s got a bit more of a 60s surf sound than our last releases; we just like that era – the style, the sound of the time, the cars. We also tried to have less limits, to show our wide variety and bigger picture of what The Grogans are, who we collectively are as people.” The Grogans

The album was recorded at Gorgans HQ and out in Ocean Grove. Setting up in Ocean Grove gave the 3 piece the opportunity to get together outside of Melbourne providing a more laid back scene to put brings things together. Making the album was a far easier task as they spent their time writing music, skating and hanging out. Things came much more naturally.

“[The recording process] same as what we usually do; a couple of months writing, then we take a week off and lock ourselves away to get the majority of the recording done, then polish it up with added tracks at Grogs HQ. This time was in Ocean Grove, which was really relaxing. We’d surf, skate and just hang out without too much structure to the recording.” The Grogans

Overall this is a wonderful album from start to finish. The Grogans have a great talent for producing tunes that give you that nostalgic feeling of really good times.